Police say this is a highly unusual case, but they ask anyone who trick-or-treated in the area to carefully inspect their Halloween candy. 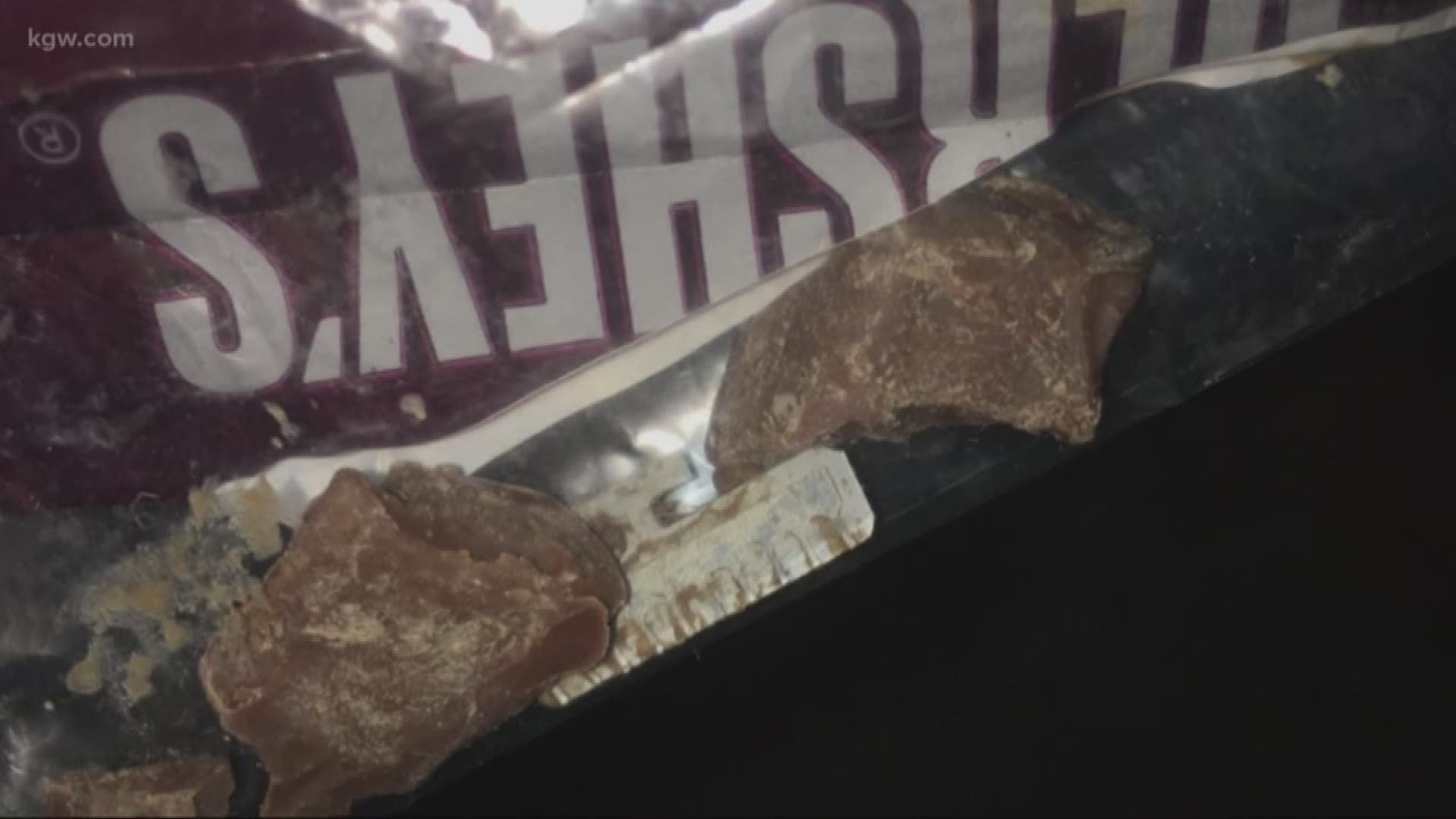 PORTLAND, Ore. — A child was taken to a Portland hospital after biting into a Hershey's chocolate bar with a small blade in it on Thursday night, police said.

The child's parents said the 10-year-old got the candy while trick-or-treating near the 1900 block of Northeast 97th Street in Vancouver.

The child was treated for redness to the tongue and released from the hospital.

"This is a highly unusual case and there is concern about other tainted candy existing or being ingested," Portland police said in a statement released Friday morning. "Parents are cautioned to carefully inspect all candy and notify the police if any other tainted candy is located. If anyone collected candy in the same immediate area, they should take extreme caution prior to ingesting any items or consider discarding the candy."