The billboard was taken down back in October after complaints, but has since reappeared on the side of a trailer. 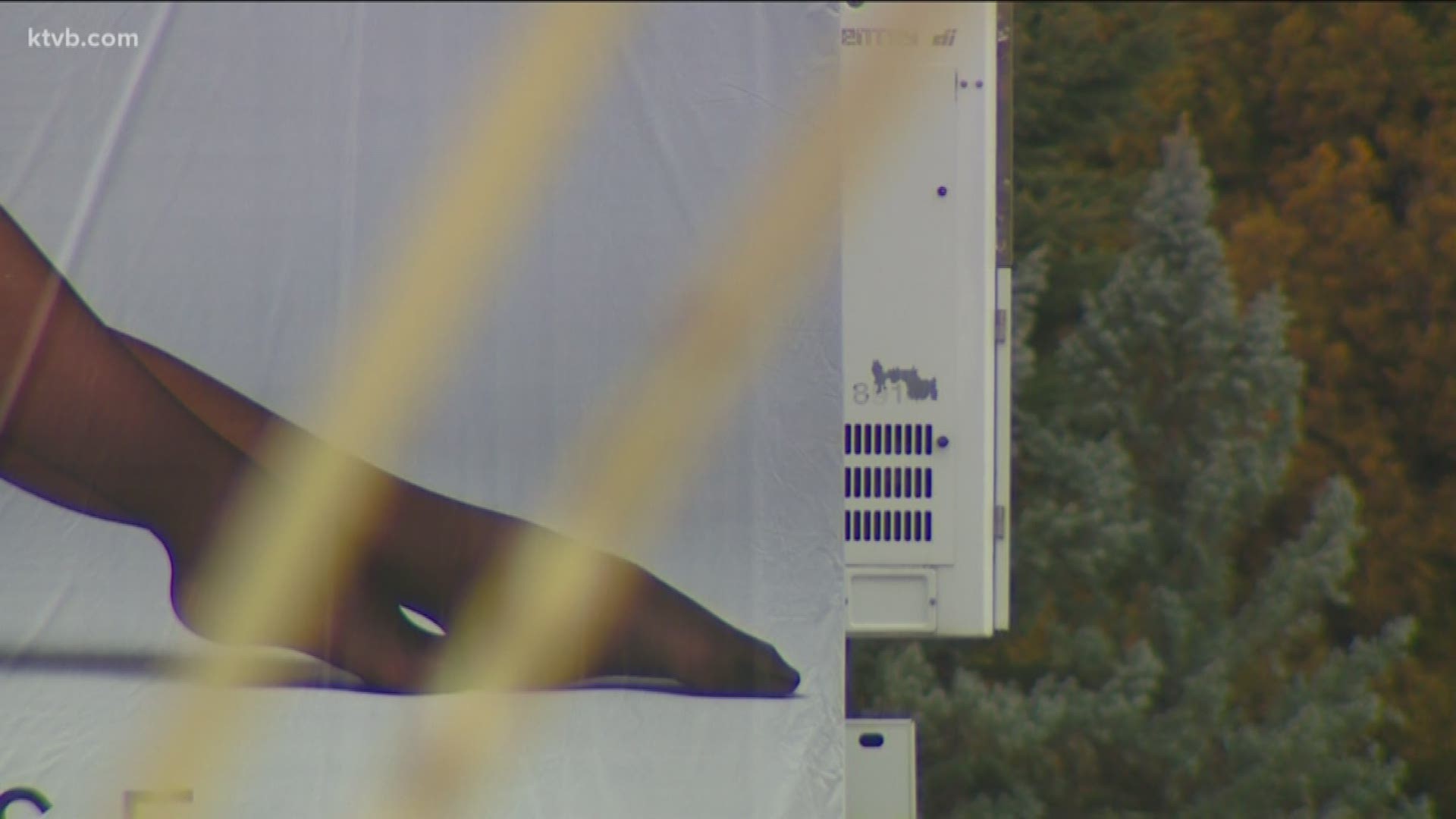 BOISE, Idaho — A billboard display on State Street is upsetting a lot of people for the second time in a matter of months.

KTVB has learned that billboard display is also violating city code. The display shows a woman lying in a provocative manner and in lingerie. The controversy surrounding the sign goes back to October of 2018, when the Torch Lounge first put up their billboard on State Street west of N. Glenwood Street.

The Torch Lounge is a gentleman's club located on Main Street.

The company which installed the sign, Canyon Outdoor Media, took the billboard down after receiving complaints about it.

But fast forward four months and that same image is now on display on the side of a trailer, but this time on private property, which is a violation of city code.

“It's against city code for any sign to be displayed in that way for advertising or business on public or private property unless it's been a licensed advertisement,” said City of Boise spokesman Mike Journee.

A group of mothers says the billboard is inappropriate.

“It's upsetting because it objectifies women,” Terri Anne Waters said.

“I feel like we don’t really have a choice because it's so huge and it's right there,” Bailey said.

“I mean if you're in other cities like Las Vegas or Phoenix, you kind of expect that, but Boise is a family-friendly town,” Randi Degraw said.

“I don’t have a problem with strippers, but I think they belong in a strip club and not on a 30-foot billboard right outside the entrance to my neighborhood,” Rachel Heath said.

The city says they've notified the property owner that the sign needs to be removed. They have until the February 17 to take care of that. If that doesn't happen the Torch Lounge will be given a notice that they have to clear it out in five days or be cited.

KTVB reached out to the Torch Lounge for their side of the story, but have not yet heard back.