'It was a shock for everybody': Family of Angie Dodge reacts to Caldwell man's arrest in cold case murder

Angie Dodge was 18 years old when she was raped and murdered inside her apartment in 1996. 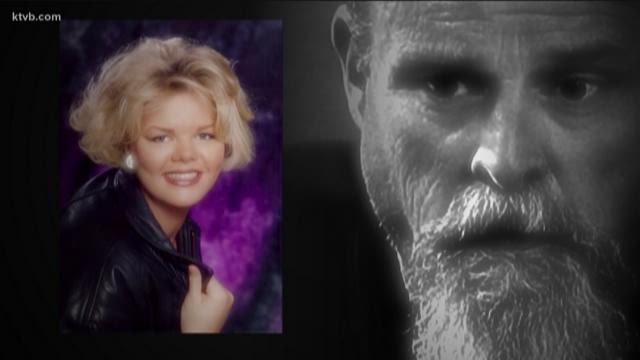 It was an emotional day for the family of Angie Dodge - an 18-year-old Idaho Falls teenager who was raped and stabbed to death in her apartment in 1996.

On Thursday, Idaho Falls Police Chief Bryce Johnson announced that, thanks to new DNA technology, a Caldwell man was arrested in connection to Angie's death.

Angie's mom, Carol Dodge, said the whole process has been an overwhelming journey.

"I can’t even express how hard this journey has been and the hundreds of people that have been affected by one person’s choice to take my daughter’s life,” she said. "Today, just hearing his name, I don’t know, I guess I got my air supply back. It was a shock. It was a shock for everybody.”

It's been 23 years since Angie was killed and her brother, Brent, can still remember the day he had to identify her - and break the news to their mom.

“I went in and I told her, I said, ‘Yeah, she’s gone mom, she is gone’ –  and that has haunted us for a long time,” Brent Dodge said during Thursday's press conference.

Brent went on to thank the Idaho Falls Police Department and all others who never gave up on his sister's case.

“This is a great day for our family,” he said. “We’re safe tonight – the bad guy is behind bars. And [we] so much appreciate that.”

Carol described the last two decades as a series of rabbit holes - popping up in one place and realizing they had the wrong one and would now have to go down another. But she too expressed her gratitude for all those who continuously worked on Angie's case.

“It was really in God’s hands," she said. "He orchestrated the whole thing, it just took us 23 years to get here but he led us all the way and I want to thank all of you."

It's not just Angie's family that reacted to the news of an arrest. Greg Hampikian, a biologist at Boise State and founder of the Idaho Innocence Project, said he's been hoping for a break in the case.

“We’ve been on this case for, I think, 13 years," he said. "We changed a law in Idaho to allow for testing in this case. We’ve been testing DNA for years.

“It looks like this is it," Hampikian added. "This is the end of the road for this case - I think.”

The Idaho Innocence Project worked on Angie's case after an Idaho Falls man, Christopher Tapp, was arrested for her murder in 1997. Tapp confessed, but later claimed the confession was coerced.

The Innocence Project argued for his release and in 2017, DNA evidence from the scene was found to not be a match to Tapp and he was released after serving 20 years in prison.

According to Johnson, police arrested 53-year-old Brian Leigh Dripps of Caldwell on Wednesday night after new technology led officers to him.

“We’re excited to be among the first law enforcement agencies in the nation to use this advancement in technology,” Johnson said.

“I am just so incredibly proud of the people I get to work with," Johnson said. "This is the absolute cutting end of law enforcement.”

If convicted, Dripps could face the death penalty.

No matter the outcome of Dripps' case, Brent said Angie will never be forgotten.

Brent has started a GoFundMe account, called 5 for Hope, to raise money to continue to advance DNA technology. He hopes that money can be used to close other unsolved murders like Angie's.