The spread of junipers in Owyhee County are having negative impact on sage grouse populations, officials say. 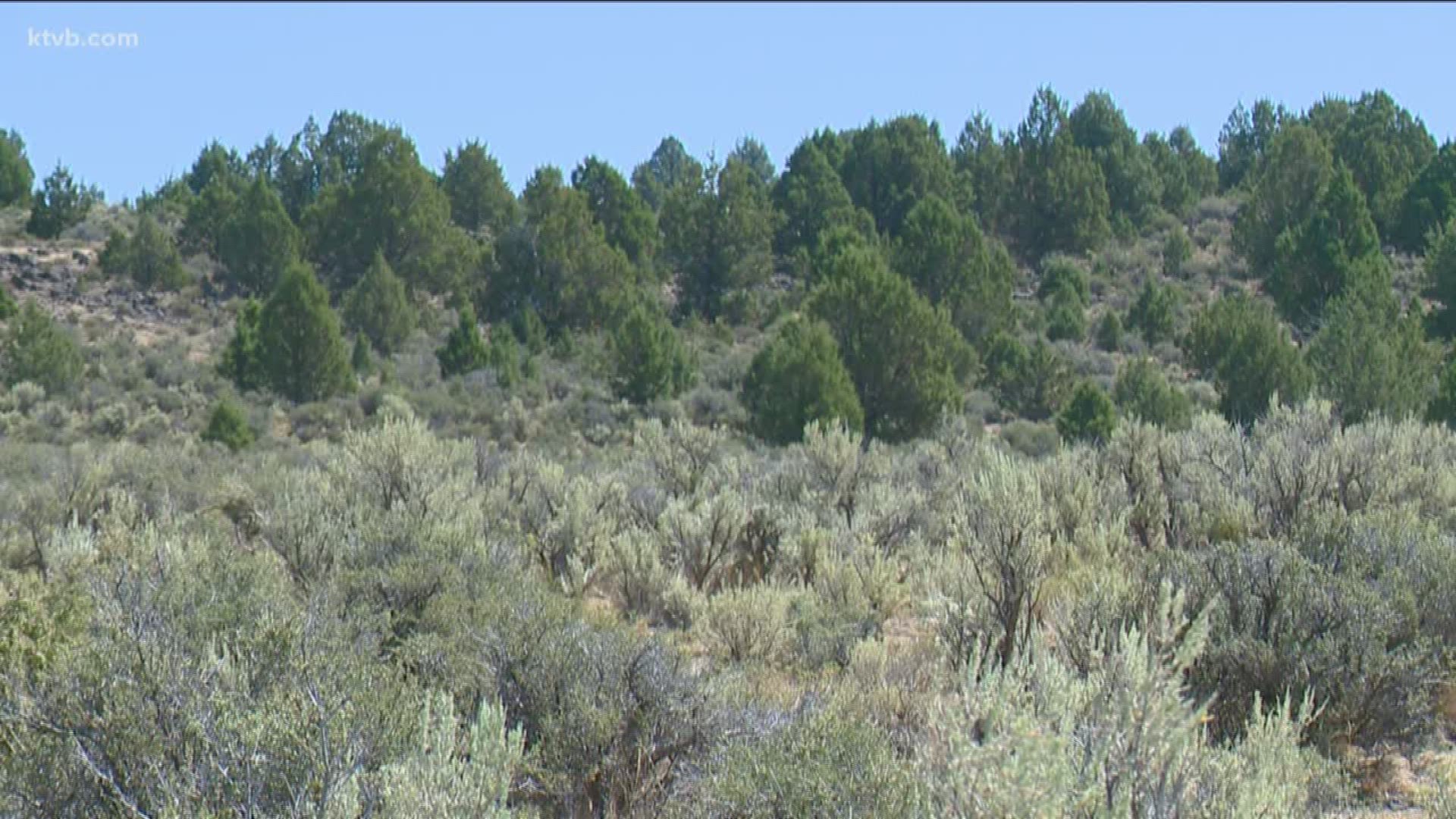 OWYHEE COUNTY, Idaho — The sage grouse is one of Idaho's most important species. The large chicken-like birds are an indicator species that provide essential information about the health of sagebrush landscapes across the West.

Wildlife management officials are looking into the possible reasons for the three-year decline.

In Southwest Idaho, the Bureau of Land Management's BOSH Project is focusing on the impact that another native, but invasive, species is having on sage grouse.

RELATED: Feds to change protections for sage grouse in 5 states

The goal of the BOSH Project is to curb the invasive spread of juniper trees into 600,000 acres of sagebrush steppe ecosystems in Owyhee County.

"Without some intervention, and historically it would've been fire, juniper will continue to expand," explained Ben Sitz, a fuels management specialist with the BLM.

Fire was largely excluded from many areas for decades due to a U.S. policy of full fire suppression. That allowed invasive species, including junipers, to move in.

And that's a problem for the struggling sage grouse.

"In a landscape where fire suppression has been the norm for many decades, you've areas that used to not have juniper, have juniper encroach into them," said BLM Boise District Manager Lara Douglass. "And so it provides a perch for raptors that prey on some of the species in that area including the greater sage grouse.

"It also competes with native vegetation so it tends to crowd out sagebrush itself, but also some of the native perennial grasses that are important for wildlife and for livestock as well," she added.

RELATED: New strategy aims to save sagebrush in Western states

Part of the project involves cutting down trees that are encroaching on sage grouse habitat.

"When we cut the tree down it's going to be severed at the stump," Sitz said. "So the idea is once we cut those juniper we're going to have actual sage grouse habitat right after we cut that juniper."

Owyhee County Commissioner Jerry Hoagland has been doing his part to halt the spread of junipers on his ranch.

"Once we've taken the juniper out, we get all the regrowth of the native species and grasses coming back in, and just on my own ranch, we've been able to increase numbers of livestock on my own private properties which is quite amazing and still have a lot of grass left over for the wildlife," Hoagland said.

RELATED: US eases land restrictions meant to protect sage grouse in the West