Results for the 2020 presidential election might not be finalized for several days — or even weeks. Here's why. 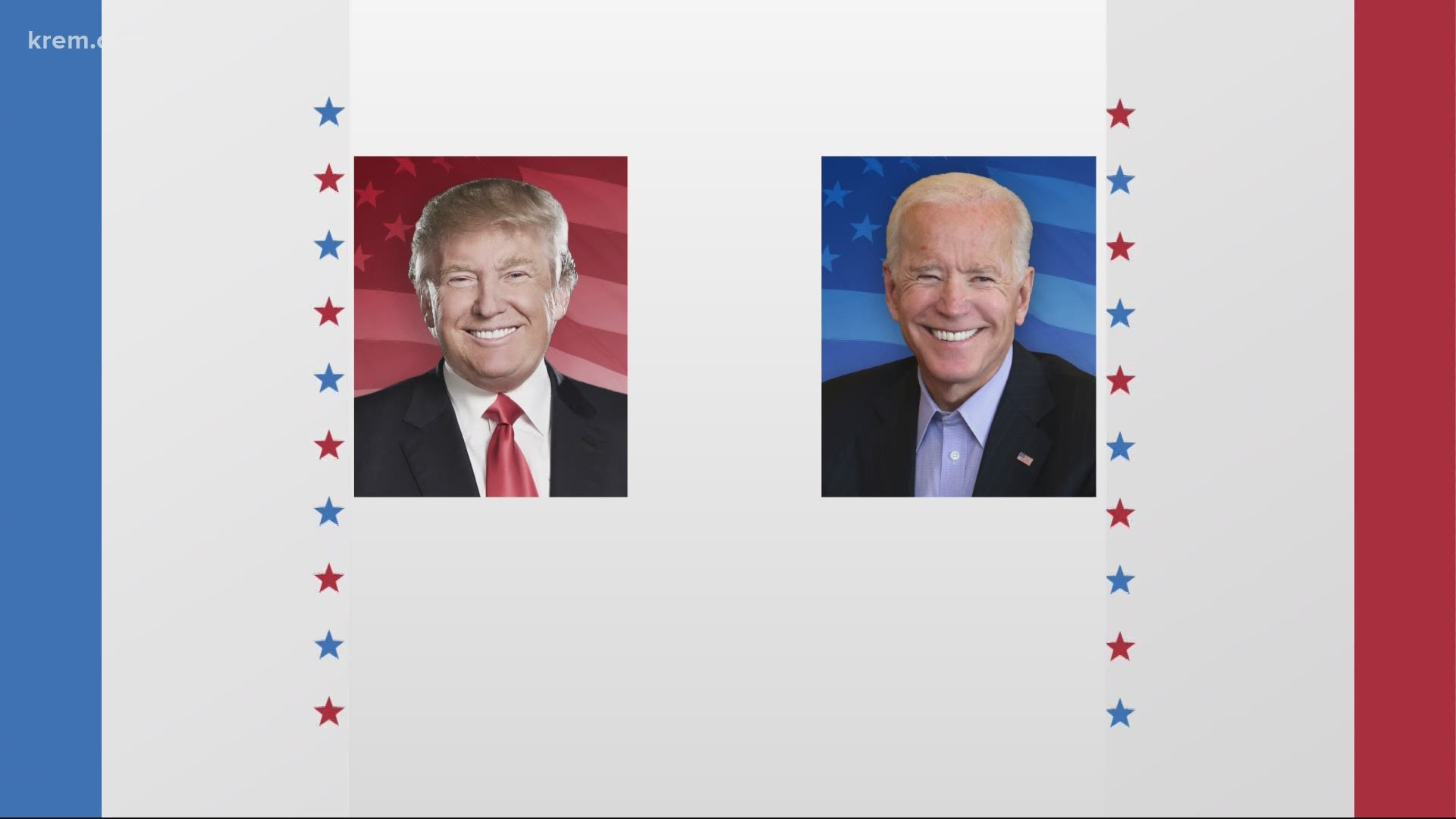 SPOKANE, Wash. — It's become a well-established tradition that we expect to hear the names of the projected winners of each political race by the end of Election Night.

But even if that still happens on Nov. 3, the 2020 election might not be finalized for several days — or even weeks. Barring a landslide victory by President Donald Trump or former Vice President Joe Biden, waiting for an official decision is something legal experts across the country say we should probably expect.

The glaring reason comes from of mail-in and absentee ballots this year, and the delays that they will likely cause.

Many of those delays will take place in battleground states, where there are many different rules regarding when ballots can actually be tabulated.

According to the National Conference of State Legislatures, ballots in Florida can be counted as early as 22 days before the election.

In Arizona and North Carolina, ballots can be counted 14 days before the election, which means they join Florida as three battleground states who are ahead of the curve in counting up their influx of mail-in ballots.

But those three states are in the minority.

Those delays could results in days worth of counting by election officials and volunteers, in key states that could make the difference in a close race.

But even if all goes smoothly in terms of counting up those ballots this year, another big delay could come after Election Day in the courtroom.

The Associated Press reports there are more than 260 lawsuits linked to the election this year across the country, which could lead to one of the most litigated elections in history.

Precedent has already been established for the Supreme Court to potentially step in, similar to their involvement in the 2000 election between George W. Bush and Al Gore.

Although there is precedent, there is no indication that there will be any legal grounds for the Supreme Court to intervene.

But in a year dictated by a global pandemic, all signs point to the fact that the fallout from Tuesday's election will likely last beyond Election Night.

The KREM Voter Access Team is working to get you the information and dates you need for the 2020 Election. Click here to view the KREM Voter's Guide. Text the word 'Vote' to 509-448-2000 for important deadlines and information, or text 'Ballot' for links on how to check the status of your ballot in Washington and Idaho.