Law enforcement will now test nearly every sexual assault kit - unless it falls in under very specific conditions. 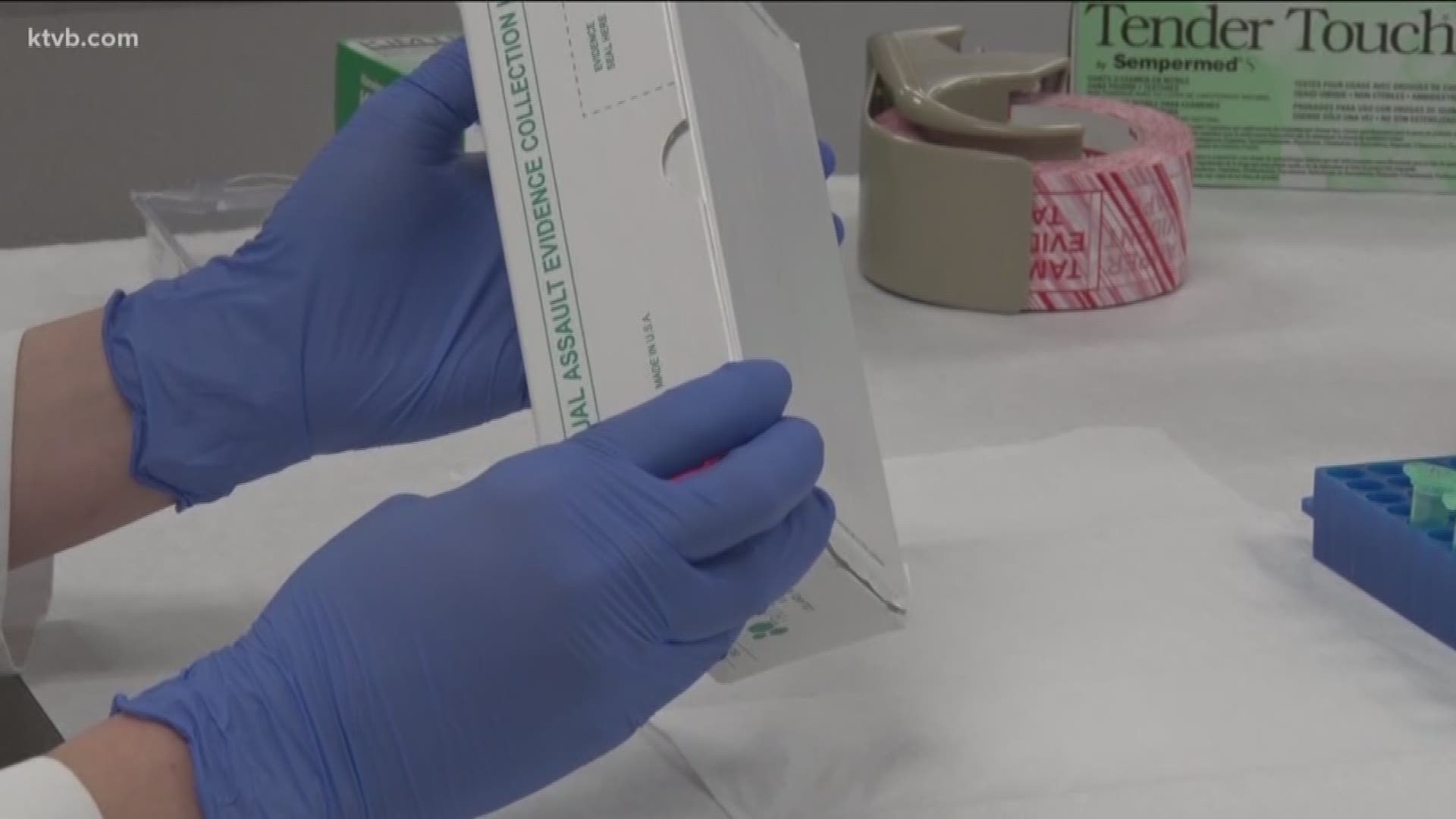 BOISE, Idaho — Starting on Monday, July 1, all sexual assault kits in Idaho will now have to be tested and for legislators that helped get this law passed, it means empowering victims of a sexual assault.

The "Test All" legislation also gives law enforcement and prosecutors another tool to put rapists behind bars. Evidence collected in the kits will also go into a national database which could help investigators get new leads on their cases.

Rep. Melissa Wintrow (D-Boise) says the "Test All" legislation was one of the most important bills to be signed into law this year. Before this law was enacted, she says there was confusion on whether or not a kit should be tested.

"When a victim says, 'Hey I don't want to go forward with prosecution or an investigation right now, I'm not ready,' I think that was being mixed up with testing the kit," Wintrow said.

Idaho State Police said there was also confusion between law enforcement agencies on if they should send in a kit to be tested or not.

"So now it's very clear to law enforcement when they send the kit, and they will send the majority of kits that come to them to be investigated," Matthew Gamette, the Idaho State Police laboratory system director, said.

Thanks to this law, confusion over testing kits won't happen anymore.

"I think the real benefit is to the victims of crime, we're looking at all of the sexual assault kits or most of them in Idaho," he said. "We're able to pick up on some things like a serial rapist type of situation, where that individual is victimizing several individuals."

Before, there was a backlog of kits that weren't tested with kits sitting on shelves in law enforcement agencies.

"This fixes that gap," Annie Hightower, the director of policy and law at the Idaho Coalition against Domestic and Sexual Violence, said. "It is really disappointing when someone gets an evidence exam completed and it's never tested, and they don't understand why."

Gamette said this law will increase the number of kits that come into his lab to be tested. A part of this bill's fiscal note was providing money to ISP so they could hire another scientist to help with the testing.

"We're hoping to build a resource base with additional scientists and additional technology we're implementing," he said. "So there isn't a backlog that is built again."

There will be very few circumstances when a kit isn't sent in to be tested, according to Gamette.

MORE: Lab hopes to test most backlogged rape kits by the end of 2019

"When it's an unfounded case, so law enforcement pretty much has to have evidence that this didn't happen for that kit to not be sent to the lab," he said. "We're looking at things like they have video proof that the individual was in a different area when this alleged attack happened.

When a kit is tested and sent in to be tested, the victim will be given a tracking number. They will be able to keep tabs on their kit and they will know if law enforcement gets a hit off of their kit to any other open cases.

"It may help another person who has been victimized or prevent that," Wintrow said.

The hope is that this new law builds trust in survivors of sexual assault, while also sending a message to those committing the crime.

RELATED: Police: Nearly half of Idaho's rape kits not sent to lab