'We are not fans of Michael Bloomberg': Protesters gather outside Bloomberg's Boise headquarters 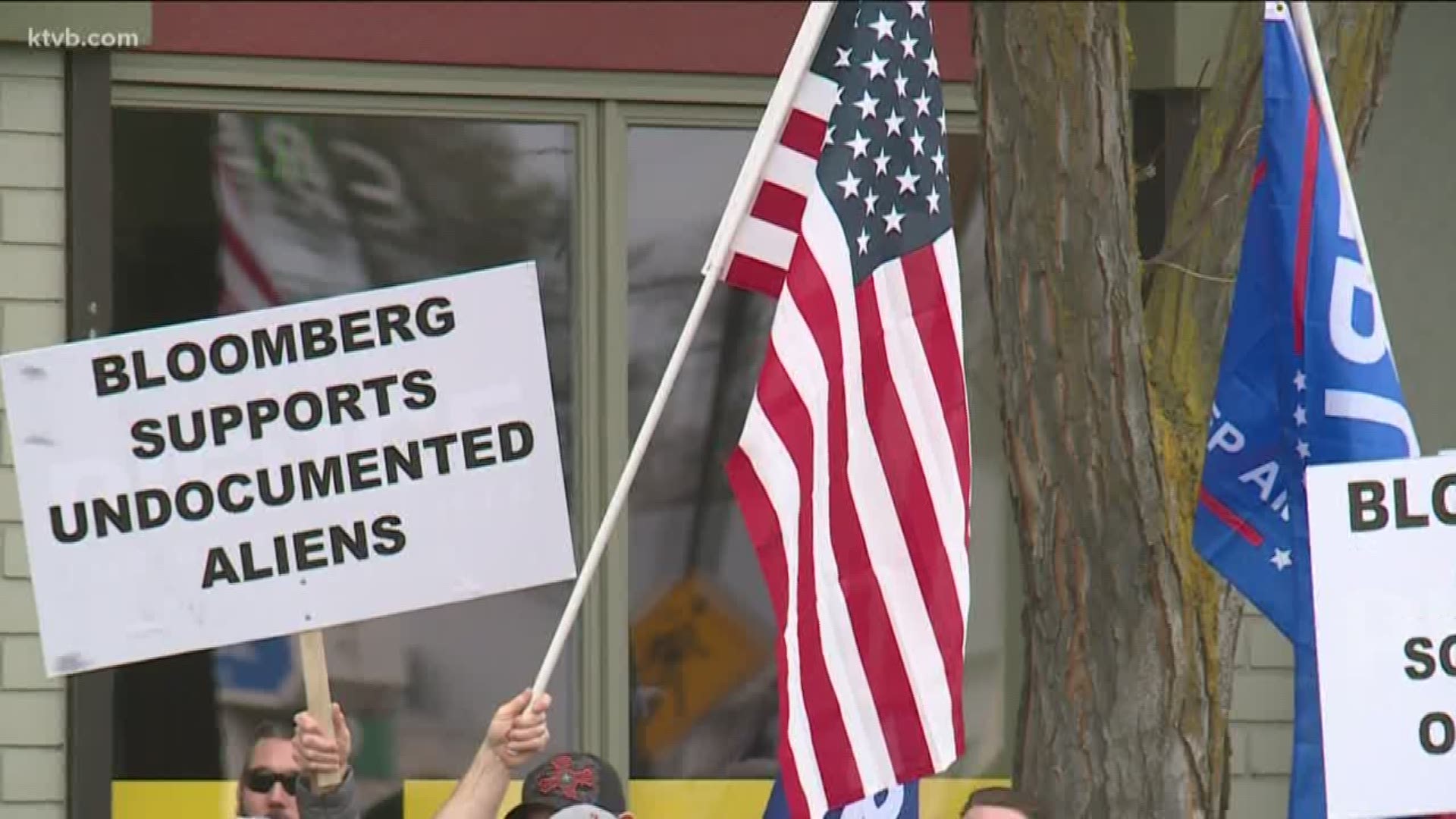 The Idaho Second Amendment Alliance, a Boise-based organization committed to preventing gun control laws from going into effect in Idaho, stood outside of Bloomberg's office fully equipped with guns and signs abominating the candidate

The rally was intended to inform Bloomberg and his Boise campaign office officials that the crowd does not support his stance on guns, according to rally organizer and president of ISAA Greg Pruett.

"We are out here today with just over 300 gun owners who wanted to come and exercise their first amendment rights and let Micheal Bloomberg know we don't like his gun control here in the state of Idaho," Pruett said. "We are not fans of Michael Bloomberg as a number of groups he has been using to destroy the second amendment."

No one from Bloomberg's Boise office was available for comment.