The ruling ends for now Reclaim Idaho's attempt to collect enough signatures during the pandemic for the initiative seeking to raise $170 million for K-12 education. 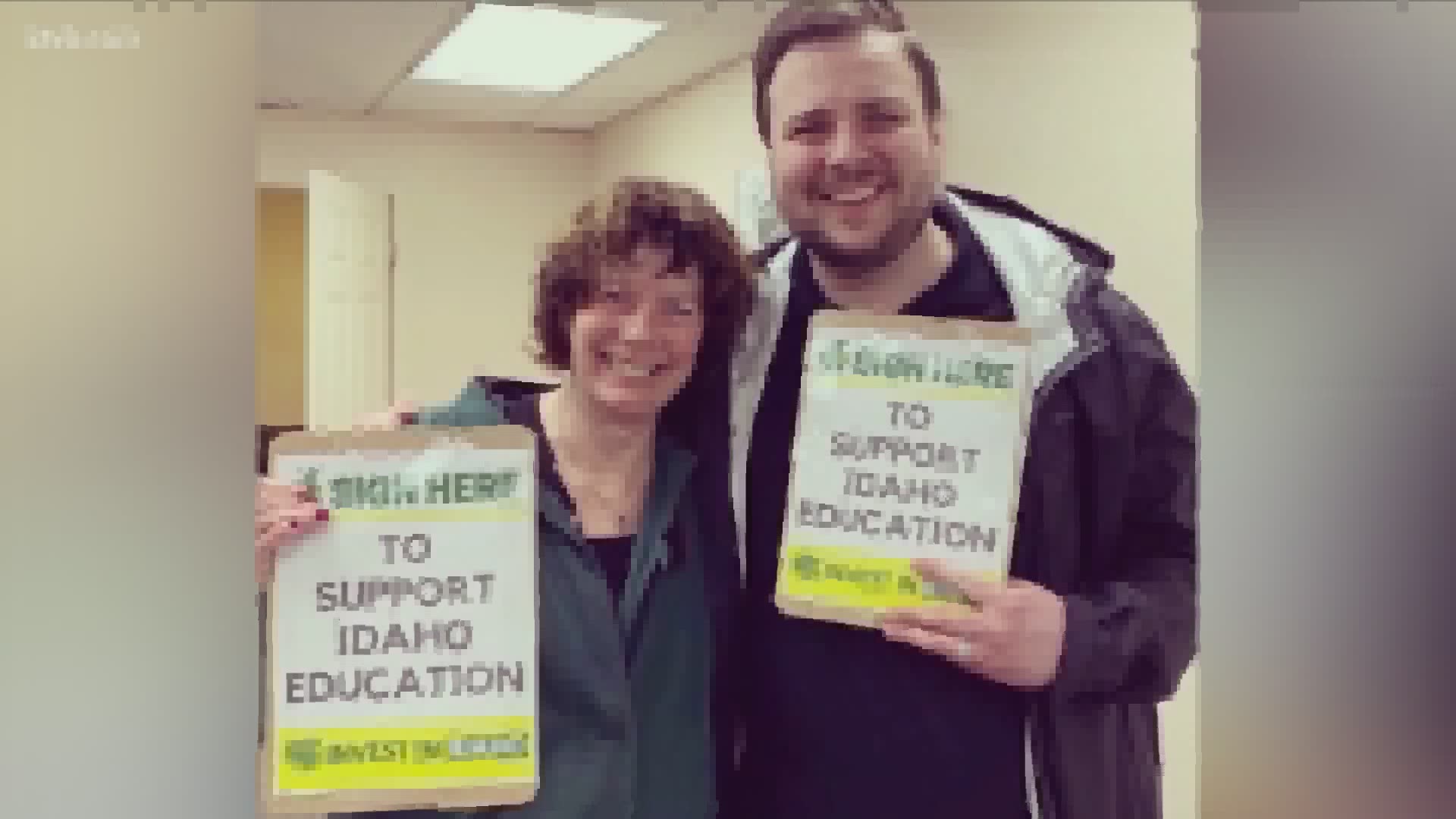 BOISE, Idaho — The U.S Supreme Court has hit the pause button on an education funding initiative for Idaho's November ballot.

The court on Thursday ruled in favor of Republican Gov. Brad Little's request that a district court's order allowing online signatures be stayed until the 9th U.S. Circuit Court of Appeals hears the case and makes a ruling.

The court's ruling ends for now Reclaim Idaho's attempt to collect enough signatures during the coronavirus pandemic for the initiative seeking to raise $170 million for K-12 education.

It would raise Idaho’s corporate tax rate and increase taxes on individuals making $250,000 or more annually.

In an interview with KTVB late Thursday afternoon, Luke Mayville, co-founder of Reclaim Idaho, called the ruling "disheartening" and said the future of the initiative is in jeopardy.

"You know the people who poured their energy into this campaign want to see nothing more than just their kids having a better opportunity to succeed in life," he added. "And that’s what this campaign has always been about. In the long-term, we are not losing hope. The path ahead is uncertain for us but regardless of whether those in power continue to block our efforts, we at Reclaim Idaho are going to continue working for adequately-funded schools in this state.”

According to former Idaho Attorney General David Leroy, legally, Reclaim Idaho could continue collecting signatures but it wouldn't do much good. With the Supreme Court issuing a stay, it means those signatures wouldn't be verified or counted by the State of Idaho until a final decision is made by the courts.

"It’s not illegal to go door-to-door or by electronic devices collecting signatures," Leroy said. "The real question here is what can be done with the signatures? And practically speaking, there’s no way they can be submitted to the State of Idaho to cause a ballot initiative to be placed on this year’s ballot because there’s simply not enough time."

Currently, the 9th Circuit is set to hear the case on Aug. 13. According to Leroy, even if a ruling in favor of Reclaim Idaho is handed down that day, each signature would still need to be verified by the state and the stay from the Supreme Court would need to be lifted. That would all have to be done by Sept. 7, Leroy said, which isn't enough time to get the initiative on statewide ballots.

“In a practical sense, this is a complete victory for the State of Idaho," he said.

"I am pleased that the Supreme Court upheld Idaho's sovereignty over its election and initiative processes," Little said. "It is important that initiatives follow the laws set by the Idaho Legislature so we can ensure those initiatives that get on the ballot are legitimate and have significant support throughout Idaho. This is a challenging time, and I am grateful for the work of our election officials who are preparing to conduct free and safe elections this fall in the face of the COVID-19 pandemic."

Mayville said Reclaim Idaho will regroup and decide if it is worthwhile to continue collecting signatures.

“Unfortunately, the Supreme Court has made it very difficult, made the road ahead very rocky," he said. "It is very unlikely that we will be able to see this initiative on the November ballot because the Court has given the governor and the Secretary of State the tools they need to continue to block our grassroots initiative.”

However, Mayville added the initiative is not going away.

"Regardless, we are going to continue to advocate all around the state for strong public schools, adequately funded programs, competitive teacher salaries and everything else," he said.