Idaho state revenues headed toward another record, could reach $800 million

Gov. Brad Little says the state's economy is booming, paving the way for more tax relief and investments in education. 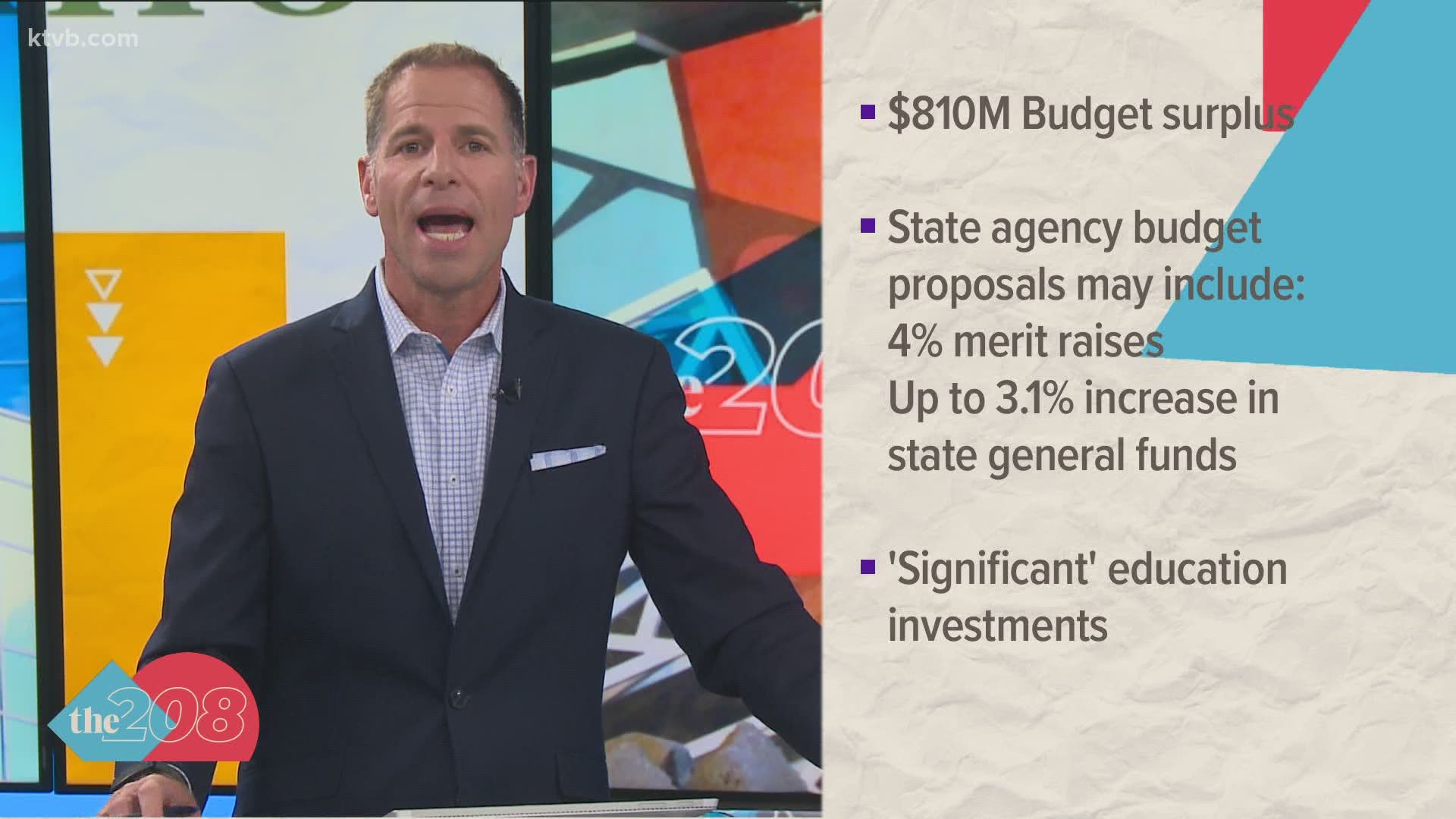 Gov. Brad Little announced at press conference in Coeur d'Alene Wednesday that the latest state revenues figures for May are coming in $580 million ahead of forecast, marking the best month for state revenues in Idaho history.

The governor says as the economy and state budget continue to strengthen, this will likely pave the way for even more tax relief for Idahoans and added investments in education, roads, clean water, broadband and other areas next year.

State economists say Idaho could end the fiscal year in June with another record budget surplus of close to $800 million.

"Years of fiscal conservatism, swift action during the pandemic, few COVID restrictions, responsible allocation of federal relief dollars, and our relentless focus on cutting red tape are the reasons Idaho's economy is catapulting ahead of other states right now," Little said.

This latest budget news means the governor plans to advocate for more tax relief and strategic investments in key areas, with education topping his priority list.

The budget surplus is based on revenue numbers for May also released on Wednesday that include income taxes delayed from April due to the pandemic.