The resolution was introduced on Friday morning after the state Attorney General's office said resolutions wouldn't be enforceable. 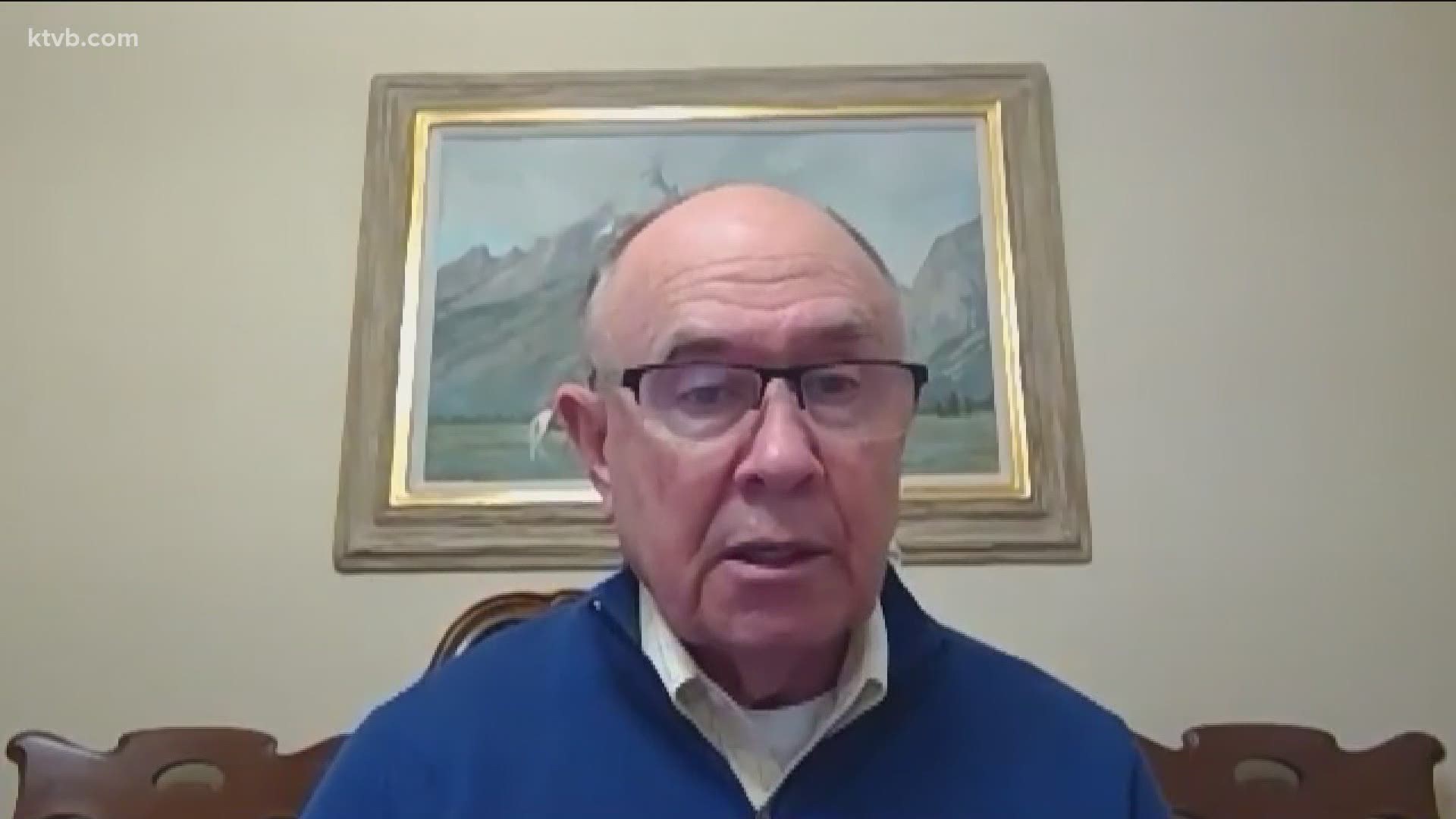 BOISE, Idaho — Republicans in the Idaho Legislature have introduced a number of resolutions to target Gov. Brad Little's (R-Idaho) emergency orders this legislative session, with the most recent one introduced last Friday.

The concurrent resolution, a piece of legislation that can be approved by both chambers without the governor's approval, introduced in the Idaho Senate aims to eliminate Little's Stay Healthy order, the emergency order issued when the COVID-19 pandemic began.

“Basically, it would put it in question I think, there are some issues out there that the Attorney General says we can't change things by concurrent resolution, and we believe we can," Idaho Senate President Pro-Tem Chuck Winder said. “Perhaps it won't but we think it's a step in the right direction.”

The main goal is to lift the COVID-19 restrictions in Idaho. Winder said they received a different legal opinion that says they can go the route they're going to lift restrictions.

That opinion letter came last Thursday from the Attorney General's office in response to a request from Rep. John Gannon (D-Boise).

“The Governor has a right to weigh in on policy also, and you can’t just sidestep the Governor,” Gannon told KTVB on Thursday.

In order to pass a law, the Legislature must follow the constitutional process.
This means a bill must pass both chambers and be signed by the governor or overcome a veto from the governor.

“We want to be engaged,” Winder said. “We think the legislature has a role whenever you try and quarantine healthy people or try and shut down people's businesses, or say some people are essential and not essential.”

If the Senate and House pass this resolution, the Idaho Dept. of Health and Welfare and the governor's office may not budge.

"That's possible, but I don't think that's good because we are the ones who give them the authority to do what they do,” Winder said.

Should this resolution pass, the governor's emergency order may not immediately be terminated.

“I don't know if it would be immediately because if the House and Senate pass it, it basically makes a statement to the governor and to the executive branch that we think it should be terminated,” Winder said.

The President Pro-Tem and several of his Republican colleagues think the order should only be recommendations for individuals and businesses.

"You still have to encourage people to get vaccinated, still have to get people to do the right thing and live their life, but they should have their choices,” Winder said.