Sen. Collins among group of Republicans who fought to extend opening statements in impeachment trial

Mitch McConnell abruptly eased his proposed two-day schedule for opening arguments, and added a third day after protests from senators, including Sen. Collins. 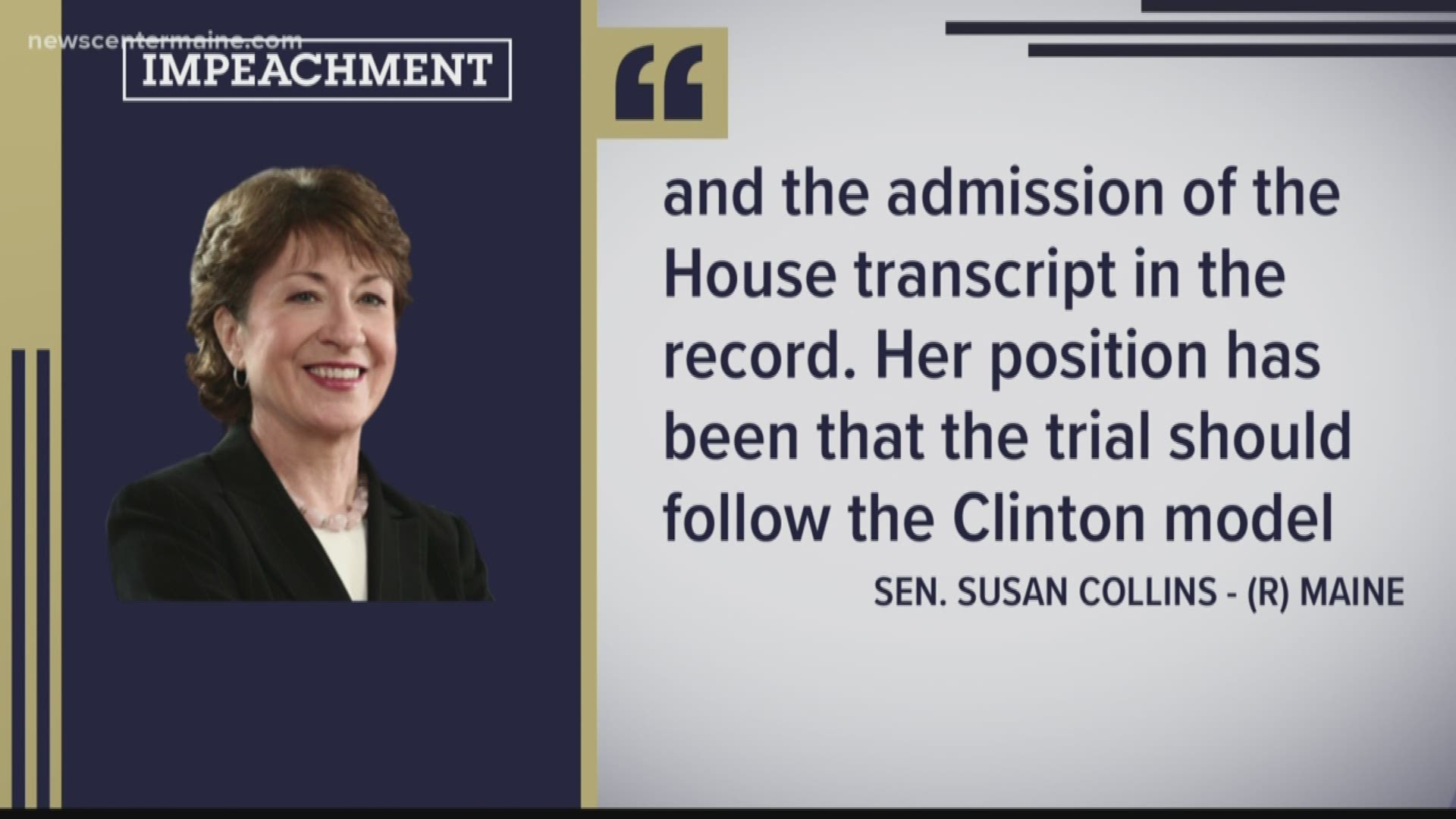 According to a statement, Sen. Collins’ position has been that “the trial should follow the Clinton model as much as possible.”

After concerns raised by both parties, McConnell quietly submitted an amended proposal that would add an extra day and would also allow House evidence to be included in the record.

According to the Associated Press, Democrats warned that the rules package could force midnight sessions that would keep most Americans in the dark. Trump said anew that the whole thing was a hoax, and he said he was sure it would “work out fine."

"In keeping with the model used in President Clinton’s trial, prior to hearing the case and the answers to Senators’ questions, I will vote to table any attempts by either side to subpoena documents or witnesses before that stage in the trial," Sen. Collins said in the statement.

"As I said last week, while I need to hear the case argued and the questions answered, I anticipate that I would conclude that having additional information would be helpful. It is likely that I would support a motion to subpoena witnesses at that point in the trial just as I did in 1999."

RELATED: 'There certainly is a lot of pressure.' Sen. Collins says she will likely vote to allow new evidence in Trump's impeachment trial

RELATED: Sen. Collins pushes back against 'false' critics over statements on new evidence in impeachment trial