The congressmen from Idaho diverged on the bill, which the U.S. House overwhelmingly approved on Wednesday. 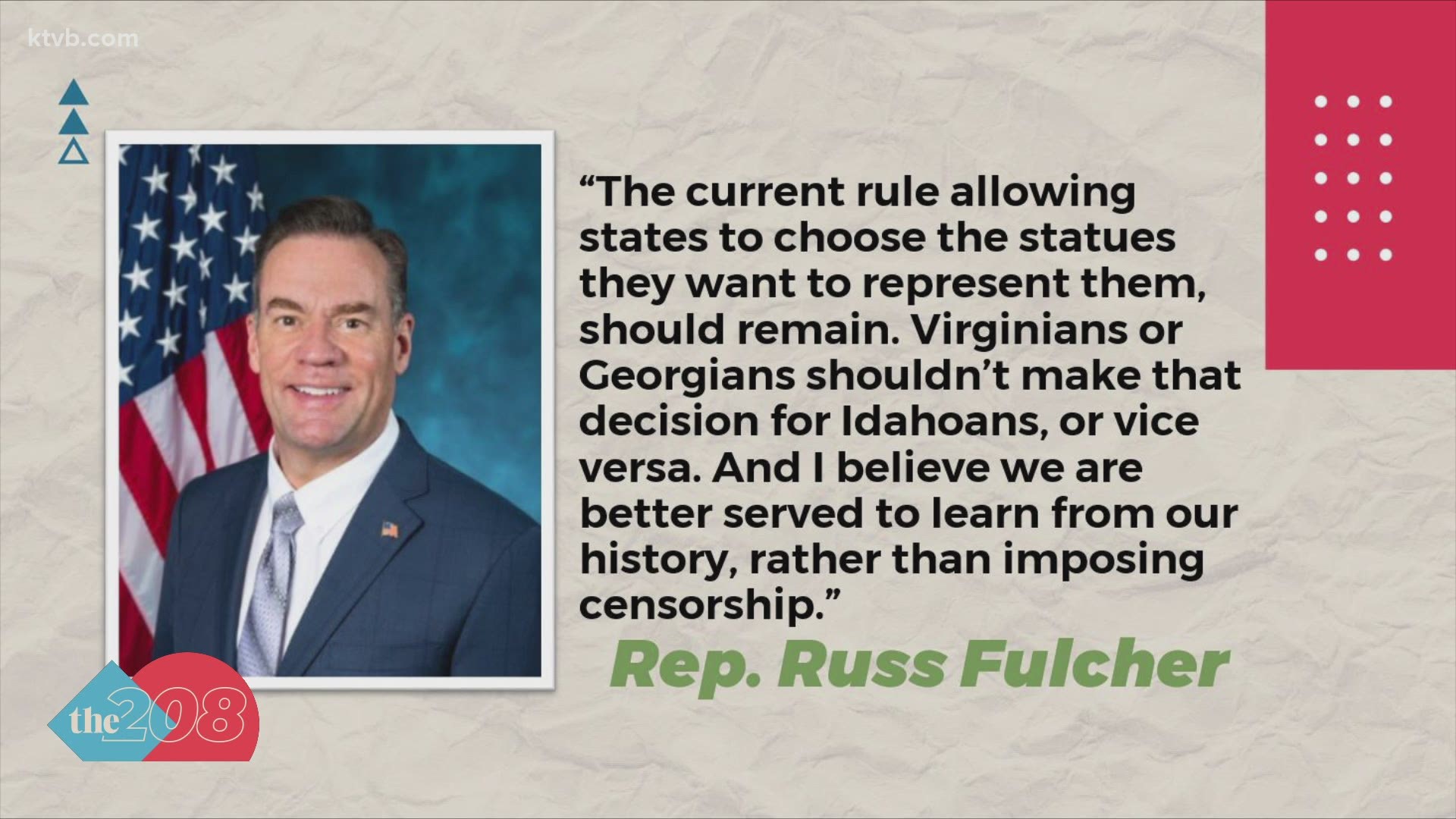 WASHINGTON D.C., DC — The U.S. House of Representatives on Wednesday voted overwhelmingly to remove Confederate statues and of those controversial figures from the U.S. Capitol building.

The House vote also would remove the bust of Chief Justice Roger Taney, the author of the 1857 Dred Scott decision, which proclaimed that African Americans could not be U.S. citizens.

The House approved the bill 305-113, sending it to the Republican-controlled Senate, where prospects are uncertain.

"The current rule allowing states to choose the statues they want to represent them should remain," Fulcher said in a statement to KTVB. "Virginians or Georgians shouldn't make that decision for Idahoans, or vice versa. And I believe we are better served to learn from our history, rather than imposing censorship."

Idaho has contributed to the capitol's National Statuary Hall, including George Shoup and William Borah, whose statue sits in the Capitol Visitor Center.

The bill would also require states to take back and replace the statues of anyone who fought for the confederacy during the Civil War. As of right now, neither of Idaho's statues appear to be facing removal should it pass.

It still needs to clear the Senate before making its way to President Trump's desk for his signature.

RELATED: William Borah, the Lion of Idaho, was born 155 years ago