Rep. Greg Chaney, R-Caldwell, is co-sponsoring a bill that would make it illegal to protest outside the private homes of public officials. 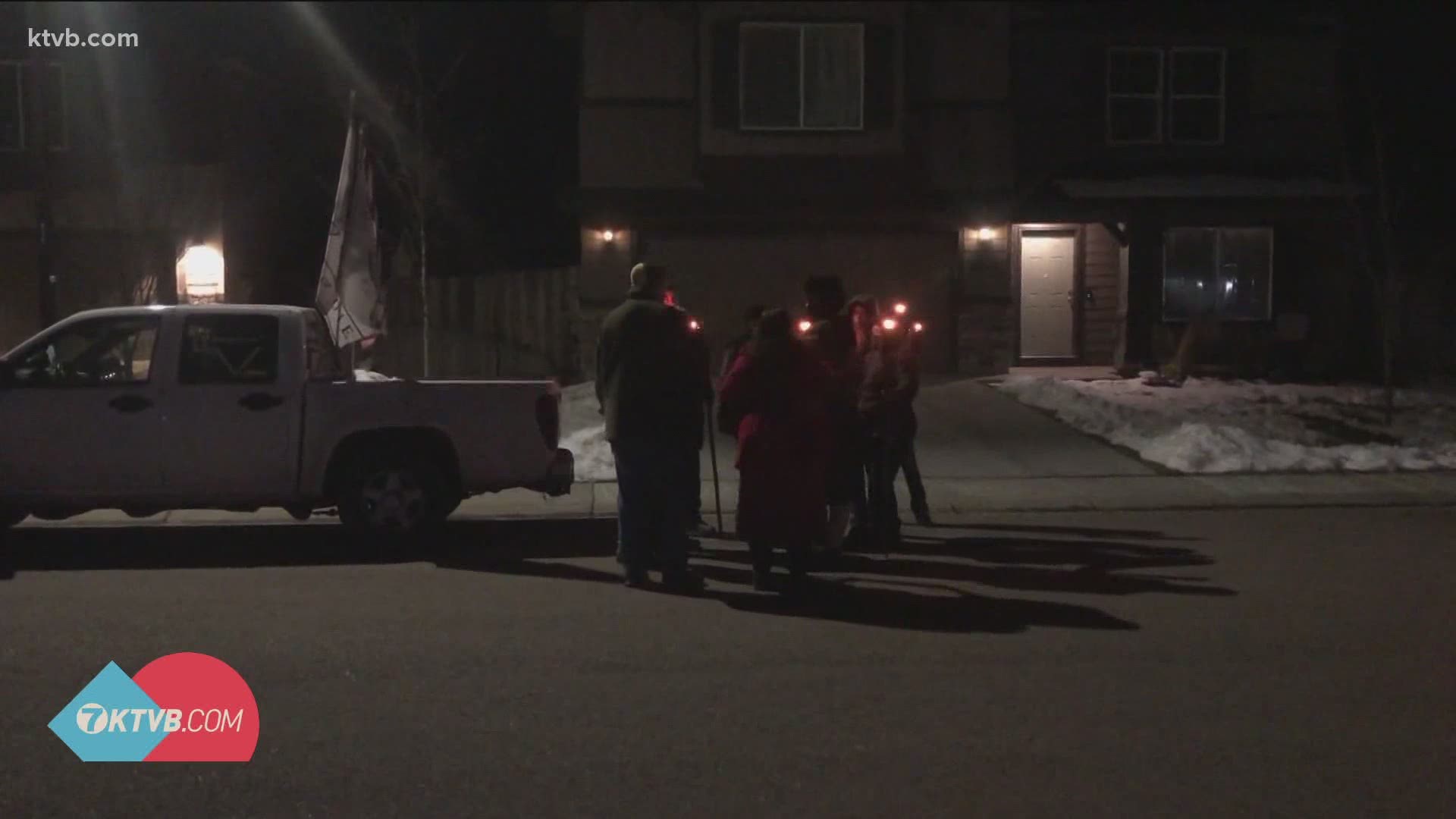 CALDWELL, Idaho — A group of protesters gathered Wednesday night outside the home of an Idaho lawmaker who is co-sponsoring a bill that would make it illegal to protest at the private homes of public officials.

More than a dozen protesters, some carrying torches, stood on the street outside the Caldwell home of Rep. Greg Chaney as police officers looked on.

Chaney, a Republican, along with Democratic Rep. Brooke Green of Boise introduced the bill in the House earlier this week.

The lawmakers said the bill stems from recent protests at the homes of former Ada County Commissioner Diana Lachiondo, Boise Mayor Lauren McLean and others.

The House Judiciary and Rules Committee is scheduled to take up the issue on Friday.