Paulette Jordan considers running for Congress: 'Nothing is off the table'

The former Democratic nominee for Idaho governor told KTVB that she is considering running for either the U.S. Senate or House of Representatives. 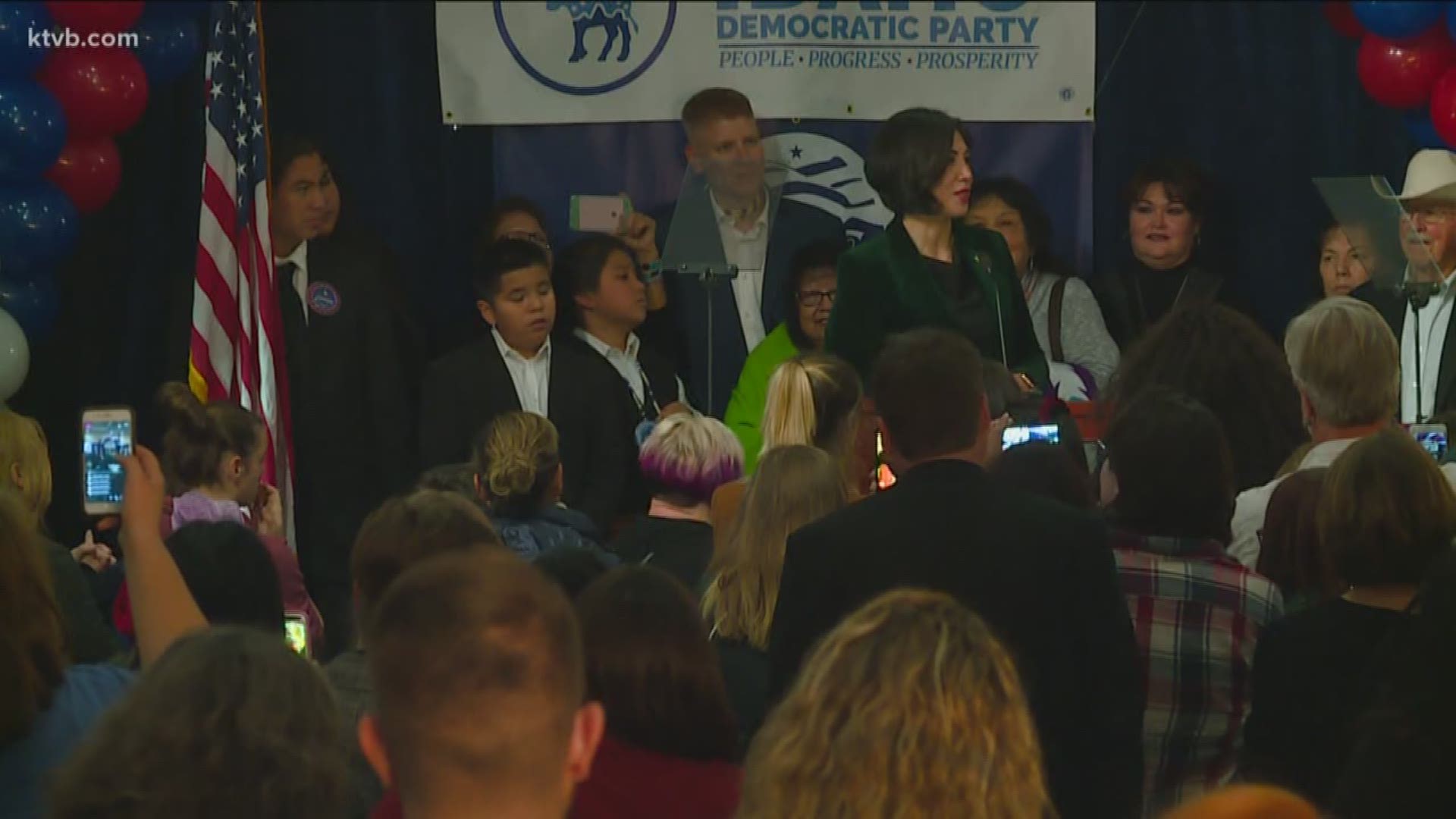 BOISE, Idaho — Paulette Jordan, the former Democratic nominee for Idaho's gubernatorial race in 2018, is now thinking about running for Congress and said if she makes a decision to run, she will make the announcement sometime within the next month.

Jordan told KTVB about her possible plans during a conversation over the phone about the Woman's March, which she said is important for all Idahoans.

"There is so much going on in the state of Idaho and I think the people who actually are focused on this issue, especially women and the lack of equality for women and women's rights, that becomes a thorn in our side, especially for women who were seeking out opportunities to do more for our state," she explained.

The former Idaho state representative said it was one of the reasons why she ran of governor in 2018. As for running in the 2020 election, she said, "nothing is off the table."

"I have definitely told folks that nothing is off the table. Everything as far as our options go are open," she said. "I think that the important matter is when our young people think about who is representing them and what is at stake and their future, it comes down to how important it is to bring a younger, more progressive voice to a state that desperately needs it."

Sen. Jim Risch, Rep. Russ Fulcher, and Rep. Mike Simpson are all up for reelection in the 2020 general election.

Jordan said if she plans to run, she plans to make announcement within the next month. The deadline to file to run in the primaries is on March 13.

When her documentary about the 2018 gubernatorial race against now-Gov. Brad Little was released last summer, she said, "I do want others to know that we are just getting started, building off, catalyzing off the last campaign. We'll see where that leads us next."

RELATED: 'We are just getting started': Paulette Jordan still considering her political options