Eight Republican House members have been named to the president's defense team for the trial which begins Tuesday. 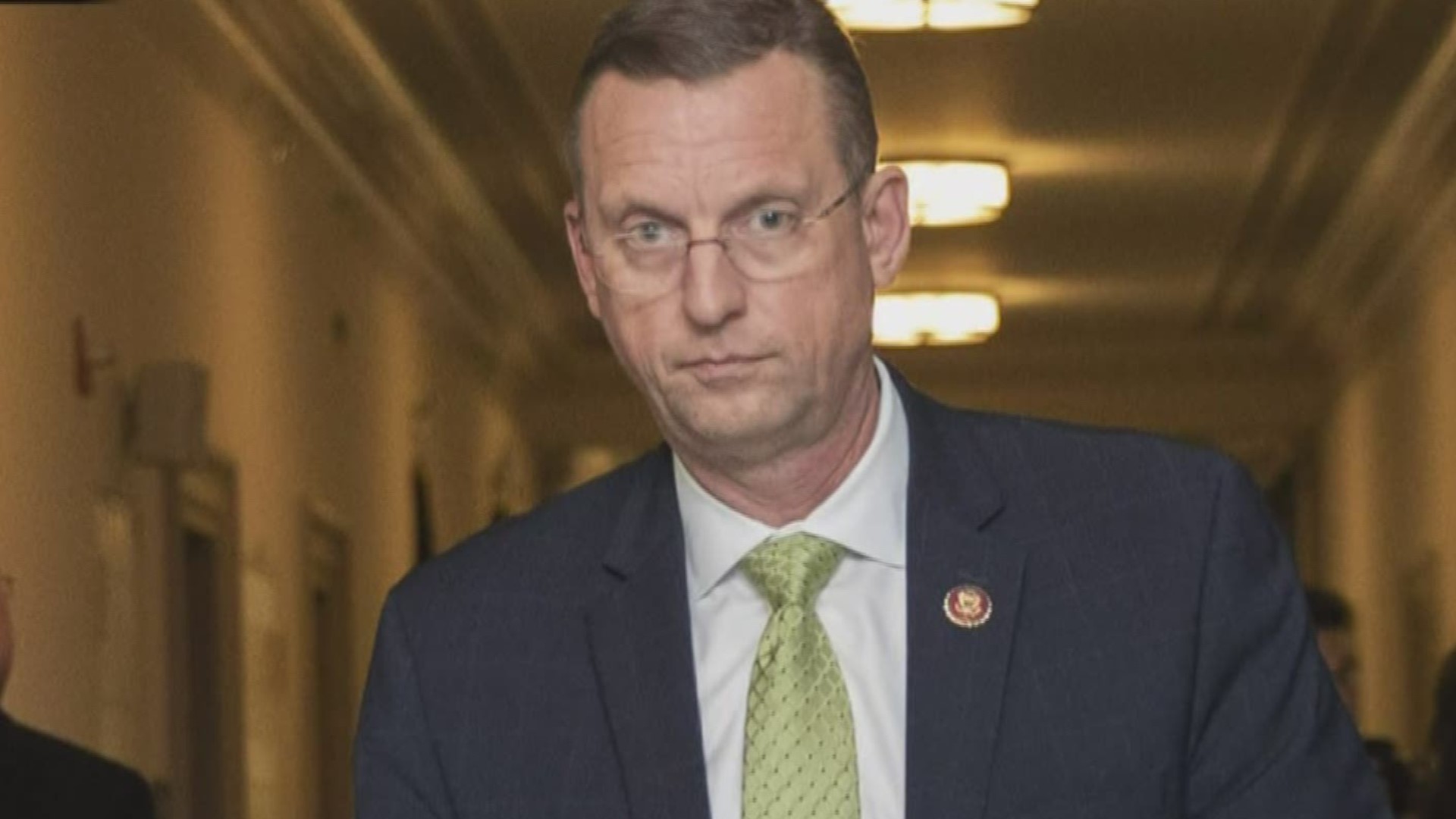 ATLANTA — Georgia Republican U.S. Congressman Doug Collins was named by President Donald Trump on Monday evening among members of the House who will serve as part of his defense team when the Senate Trial begins on Tuesday.

The other congressional members of the trial defense team -- all Republicans -- include:

In a release announcing the members of the team, the White House Press Secretary's Office continued to attack the impeachment process.

"Today, President Donald J. Trump announced that the following Members of the House of Representatives will serve as part of his team working to combat this hyper-partisan and baseless impeachment," the release said, in part.

"Throughout this process, these Members of Congress have provided guidance to the White House team, which was prohibited from participating in the proceedings concocted by Democrats in the House of Representatives. The President looks forward to their continued participation and is confident that the Members will help expeditiously end this brazen political vendetta on behalf of the American people."

Collins tweeted a statement of support for the president, calling the impeachment a "sham" and a "blatant attempt to overturn the will of 63 million Americans."

According to prior statements from the Executive Branch, the White House chose not to participate in the House Judiciary Committee's impeachment hearings, as opposed to its statement today, saying in an open letter to committee chairman Jerrold Nadler (D-N.Y.) that they did not intend to participate in a December hearing.

The White House likewise indicated their decision not to participate in other hearings prior to the impeachment vote in mid-December.

The formal Impeachment Trial of President Trump gets underway at 1 p.m. on Tuesday afternoon. 11Alive and 11Alive.com will provide ongoing coverage on-air and online.