17 people applied to become a Panhandle Health District board member when a different member's term is up. 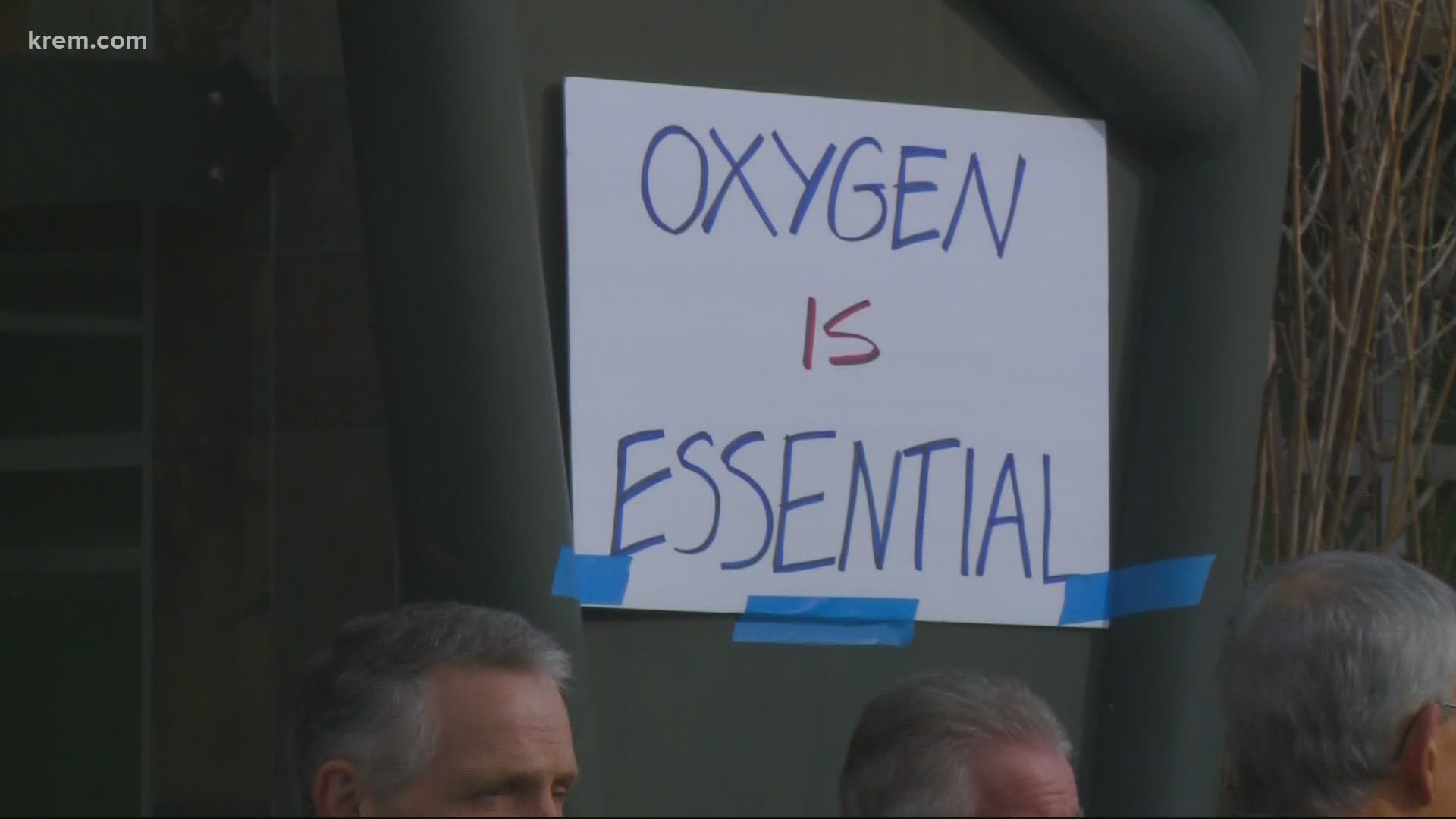 COEUR D'ALENE, Idaho — A record-breaking number of applicants are pining for a seat on the Panhandle Health District board, the Chairman of the Board of County Commissioners for PHD said.

So many new prospects has led to a Kootenai County commissioner suggesting to reconsider an additional member of the board. Typically, only one person will apply to be on the Board if there is a seat available.

"This is highly, highly unusual to have 17 applicants. I think it goes back to the mask mandate," Chairman of the Board of County Commissioners Chris Fillios said.

The Panhandle Health District board voted 5-2 to rescind their mask mandate on March 26. The two members that voted against it were nurse Jai Nelson and Dr. Richard McLandress.

Fillios said he never expected so many people to apply for Nelson’s upcoming vacant seat on the board. After her term is up this spring, she will not be seeking reappointment.

Kootenai County Commissioner Leslie Duncan thought Nelson is not the only one who should go.

"Where I believe Commissioner Duncan is coming from is, I think she might be harkening back to a statement that Dr. McLandress made during a PHD meeting," Fillios said. "And perhaps even his general position strongly in favor of the mask mandate. It's the mask mandate."

Duncan called for the removal of the Kootenai Health physician during a meeting on Monday, according to Fillios. He added that the commissioners will most likely proceed to an executive session to discuss Dr. McLandress’ position.

"The thing folks need to bear in mind is that the people that serve, some of them have been there for a long time, such as Dr. McLandress, and have rendered decisions that in essence were harmless in most cases, but this happened to be one that was a very passionate topic," Fillios said. "And so that's what people are focused on and that's what precipitated, I think, this voluminous number of resumes that we received."

The doctor was appointed to the Board of Health in 1985 and serves as the board’s physician representative. He is also a partner at Family Medicine Coeur d’Alene and is currently the program director of the Kootenai Health Family Medicine Residency Program.

Unlike with Dr. Lutz, PHD can't cite "personnel issues" as a reason for removing the physician.

KREM 2 reached out to both Dr. McLandress and Commissioner Duncan.

Dr. McLandress said he wants to stay on the board, and added that if Duncan wants to remove him from his role prior to the end of his term, a majority vote would be needed from all county commissioners from all of the counties the district serves.

Each of the five northern counties has three commissioners and two out of three would have to vote in favor of removal. Fillios said that he, as only being one commissioner, has refused to replace the doctor.

Duncan said she does not have a comment at this time.

"If this were at the expiration of his term, and given the fact that we have other physicians that have applied, I think it would have been a very different consideration that we'd be making," Fillios said. "But over the years, if there had been others that applied, maybe they would have been selected, but apparently not."

Of the 17 applicants, nine work in the healthcare field. In a few months, Nelson’s seat will be filled.

In regards to Dr. McLandress’ seat, the public has spoke up about his staunch belief in the benefits of the mask mandate.

Fillios said the commissioners received more than 400 messages from residents about the mandate. The majority of the responses were pro masks, 240 to 175.

Fillios's thoughts on the situation

Q: Do you think that somebody who has been on the board for so long should be removed just because they had a controversial opinion?

A: No. The question that I posed during our meeting on Monday was, if you have or had an employee that's been with us for 30 years and rendered one controversial decision would you fire that individual? My answer is I wouldn't.

Q: What was Commissioner Duncan's?

A: I don't think she thought the question was necessarily fair, but I think it's in my opinion it was relevant.

Q: And she does not have a healthcare background?

Q: Are you worried about backlash that may happen, just like with the Spokane Regional Health District, on pushing somebody out of their position, due to them advocating for a mask mandate?

A: If I feared backlash, I wouldn't be in this job. But we get quite a bit. We have had people for months asking us to replace Dr. McLandress. When we get into some of the more controversial ones, such as this, land use type decisions, that's where we might differ as a board. But then again, a vote of two the one is a vote of the board.