If Roe v. Wade is ever overturned, here's how it would play out in Idaho

A bill signed into law earlier this year provides a road map in the event the landmark case is overturned by the U.S. Supreme Court. 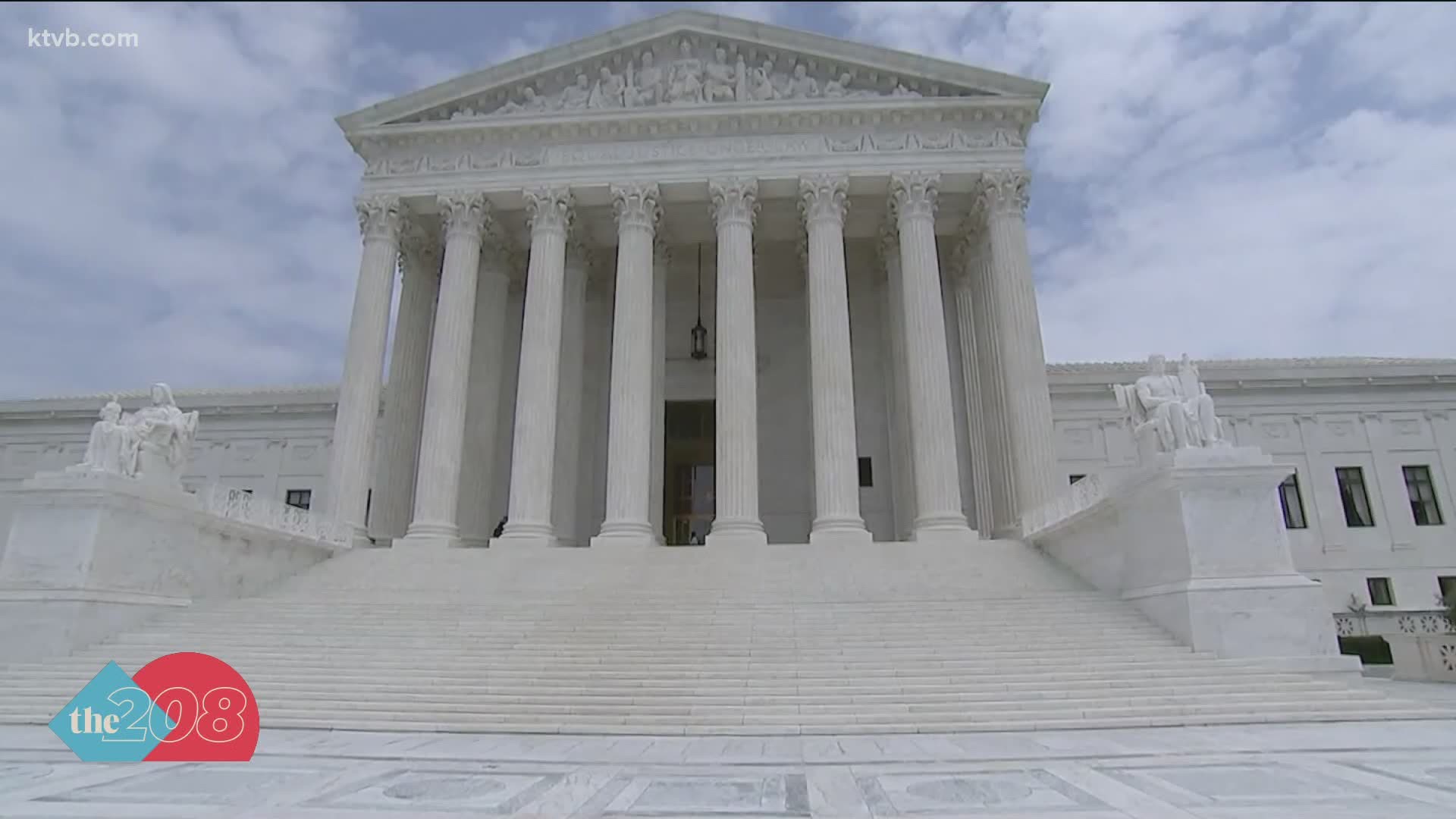 BOISE, Idaho — A major national discussion after the death of Justice Ruth Bader Ginsburg continues to be about the now vacant seat on the United States Supreme Court.

President Trump has said he will announce his nominee on Saturday, and it appears the Republican-controlled Senate could sign off on it. A goal for many Republicans is to do that before election day.

A discussion stemming from that conversation is whether or not the Supreme Court would now have the votes to overturn Roe v. Wade, a landmark 1973 case that affirmed a woman's right to make her own medical decisions, including the choice to have an abortion, as protected under the 14th Amendment.

Many have asked what would happen with abortion rights across the country if a new justice could tip the scales toward overturning Roe v. Wade.

In Idaho, that process is already outlined through legislation passed earlier this year.

One of the bill's sponsors, Rep. Megan Blanksma (R-Hammett), explained how it would work.

"The bill is what we call a trigger bill," Blanksma said. "So, it doesn't go into effect until either the Supreme Court or a constitutional amendment restores state authority to prohibit abortions."

Eight other states have laws similar to Idaho, although each can vary.

"[Idaho's law] outlaws abortion in most cases, but it does provide for an affirmative defense in the case of rape and incest for women and it doesn't criminalize abortion for pregnant women," Blanksma said.

RELATED: University of Idaho law professor explains the process of filling a vacant seat on the Supreme Court

To be clear, under the law in Idaho, criminal punishment would apply to the person performing the abortion, not the woman.

A doctor performing an abortion would face two to five years in prison, and their medical license would be subject to suspension. Again, the trigger law does provide an exception for cases of rape and incest.

According to Blanksma, lawmakers discussed those exemptions in depth.

"Part of the discussion on the floor was talking about choices and particularly in a case of rape and incest, that choice is taken away from the woman," she said. "They don't have a choice, they are forced into a situation that they didn't choose to be in and so that is why it was particularly important to put those exemptions in."

According to data from the Idaho Department of Health and Welfare, between 2008 and 2018 there was an average of about 1,500 abortions performed a year in Idaho. A majority of those abortions were for women aged 20 to 29.

Planned Parenthood of the Greater Northwest and the Hawaiian Islands provides care and education for women in Idaho seeking an abortion. The organization released the following statement to KTVB:

Lawmakers said during the 2020 legislative session they had a lot of feedback from Idahoans about the push for pro-life protections.

"Idaho as a state is very overwhelmingly pro-life. So, we have an overwhelming amount of support for this legislation," Blanksma said.