Some lawmakers feel the appointment should be delayed until after the election while some feel it should be done now. What do the Gem State senators believe? 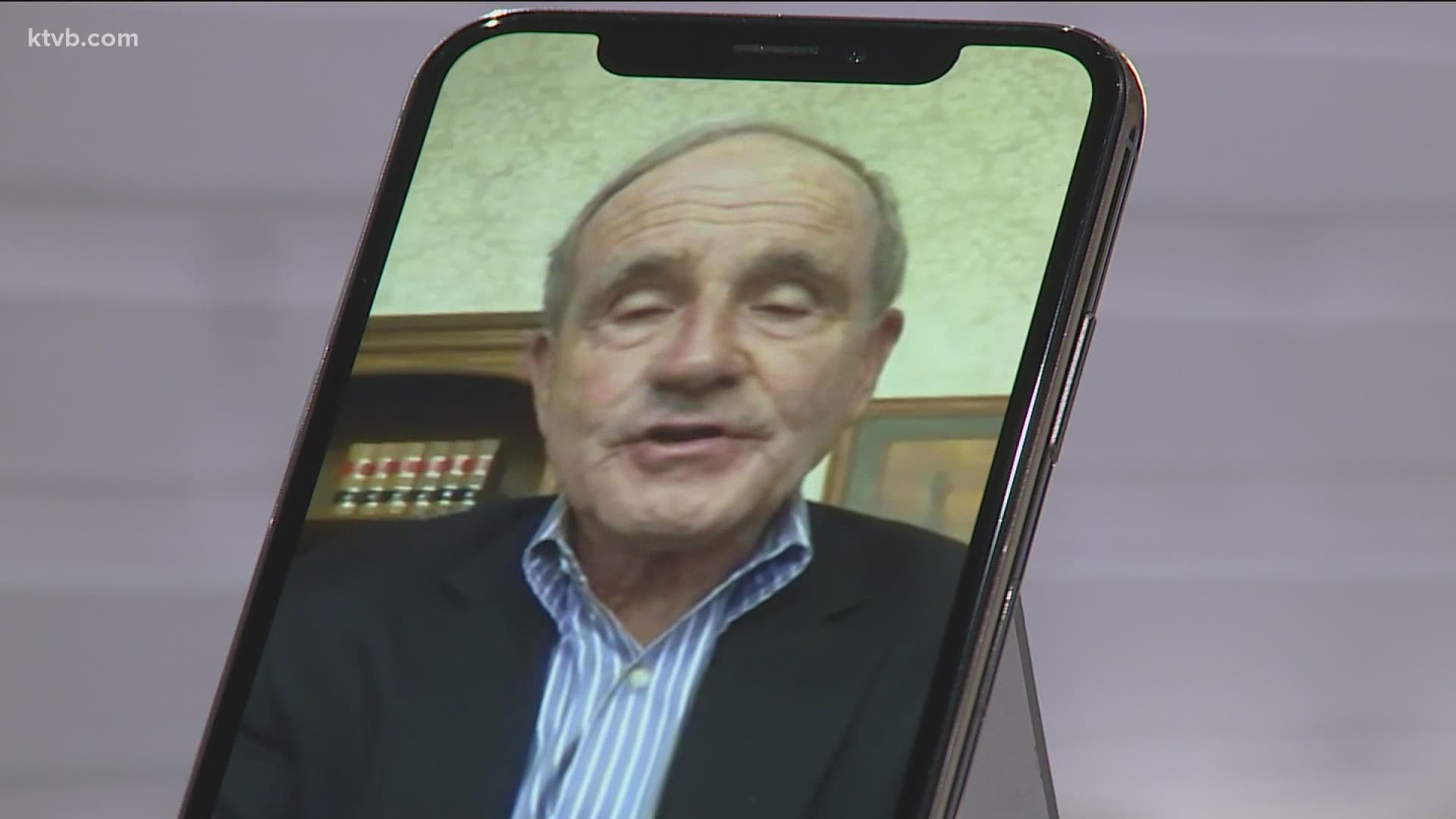 Bader Ginsburg's passing left an empty seat on the Supreme Court. Typically, the President is tasked with nominating and appointing a new justice to the court, but with only 45 days remaining until the November election, some U.S representatives and senators are unsure if that should be the case.

29 past presidents have been faced with the decision of nominating a Supreme Court justice ahead of an election. Donald Trump will be the 30th, according to Idaho Senator Jim Risch.

"I think you have to take it a step at a time," Risch said."The president, I think, has little choice. He took an oath to discharge the duties of his office and the duty requires that he fills a vacancy, so I suspect that's going to happen."

To appoint someone to the Supreme Court, the President must first nominate them. Once nominated, the Senate will vote on the nomination. Risch said he is unsure if a vote will occur before or after November 3.

President Trump announced on Saturday that he plans to nominate a woman this coming week, but it's unclear if or when the Senate vote could happen.

If Trump's nominee is conservative, Risch said he will vote for them because he represents "one of the most conservative states in America."

Should Trump's nominee be liberal, Risch said he will not vote for them.

"I don't think discharging your duties as a senator, or for that matter as president, should depend upon whether there is an election coming," Risch said. "When we took the oath of office, we raised our right hand and said we'll uphold the Constitution and faithfully discharge the duties of our office. We didn’t say we wouldn’t do it if there's an election coming up."

But not everyone shares Risch's opinion.

Paulette Jordan, who is running against Risch for the U.S. Senate seat, recalled a situation in 2016 when the GOP-controlled Senate declined to hold a hearing or vote on Merrick Garland, the man President Obama nominated for the Supreme Court following the death of Justice Antonin Scalia.

"The last time we had an opportunity to nominate a Supreme Court Justice, it was said that, 'We have 10 months before the election. Let's wait until the election passes and not make this political,'" Jordan said. "I would hope that the same representatives would do the same, and keep their word and ensure that we can get to the election and then let those who are elected decide."

Jordan plans to spend the next few weeks traveling around the Gem State and asking Idahoans who they feel should nominate Bader Ginsburg's successor.

"The people should decide who the justice representive should be instead of the parties who are now trying to determine who our next Supreme Court nominee and Justice will be," Jordan said.

Regardless of the outcome, both candidates agree Justice Bader Ginsburg was a great intellect and leaves behind a lasting legacy.

"Now it's up to us young women, our children, all of our leaders who are stepping up this day and time to ensure that we're not only protecting the legacy of Justice Ginsburg, but the legacy of those who came before us," Jordan said.

"After COVID, after the impeachment we had earlier this year, after the race riots we've had and now after the death of the Supreme Court judge, we will be stronger when we come out of this then when we went into it," Risch said.