"If violence remains then none of us are free." 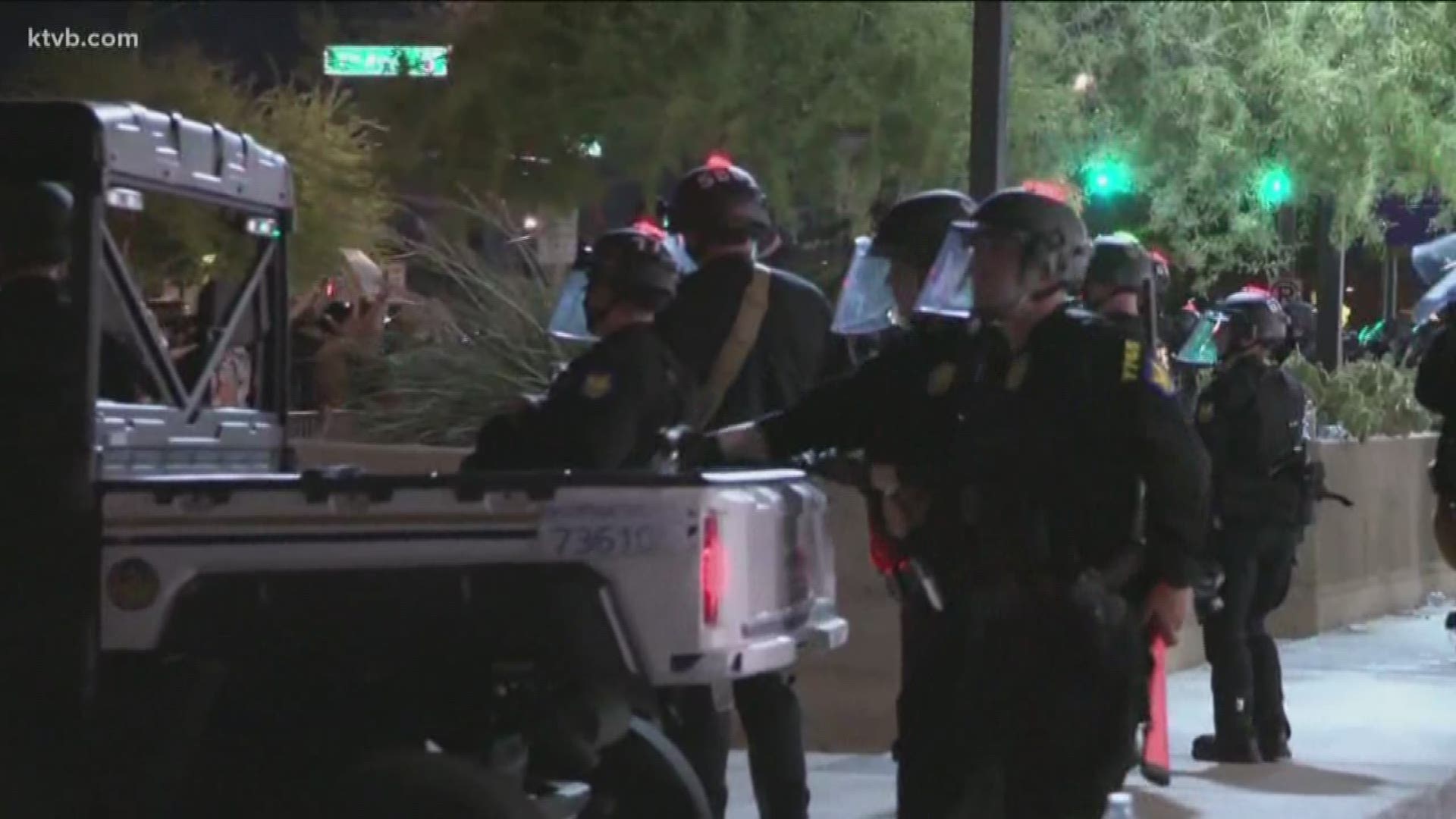 BOISE, Idaho — Idaho congressman Russ Fulcher spoke to the White House days ago to get an idea of what the president's response to the chaos might be.

"He's in a box. If he acts, he'll be criticized for being heavy handed, if he does not act, then he'll be criticized as being weak. And what he's dealing with is he has many governors in some of these urban states that are just scared and they would rather sacrifice some innocent people than take the wrath of some of those who are throwing out the violence, and so his target today I believe was, the urban areas where governors are unwilling to act and those are the places where so many people are at risk," said Fulcher.

"Sometimes we feel like we're so far away from what's going on around the country here in Idaho, but we really aren't, we're so close congressman, Salt Lake there's unrest, Spokane there is unrest and violence, Portland and Seattle. What's the message you want to give to Idahoans?" asked KTVB.

RELATED: US cities erupt in more violence amid threats from Trump

RELATED: Some governors reject President Trump's call to send in military on protesters

“I believe the president made a statement today, his important points is - if violence remains then none of us are free," said Fulcher. "And so what was the cost of that violence, what's the cause of this violence right now. It was triggered by an intolerable act. The killing of someone who certainly did not deserve death. But that is being handled in the courts. The real cause of this, although triggered by an intolerable act, was opportunistic anarchists are wanting to leverage this, and they want to see a change in the entire way of life in that state. And so they're trying to leverage this into something much, much, much more. And that's why it's important to stop it, and back to your earlier point Mark, it is so much of a blessing to be in Idaho. Are we immune from it? No. But are we close to it. Yes, but I'm in Washington, D.C. a lot of the time, and I can tell you right now, with a strict enforced 7 p.m. curfew, Blackhawk helicopters circling the district, it's a blessing to be in Idaho.

“Endgame is going to come down to a struggle," said Fulcher. "And, it will be a combination of civilian and military resources that push back those who are illegally trying to be opportunistically anarchists here. The innocent people have to be protected."