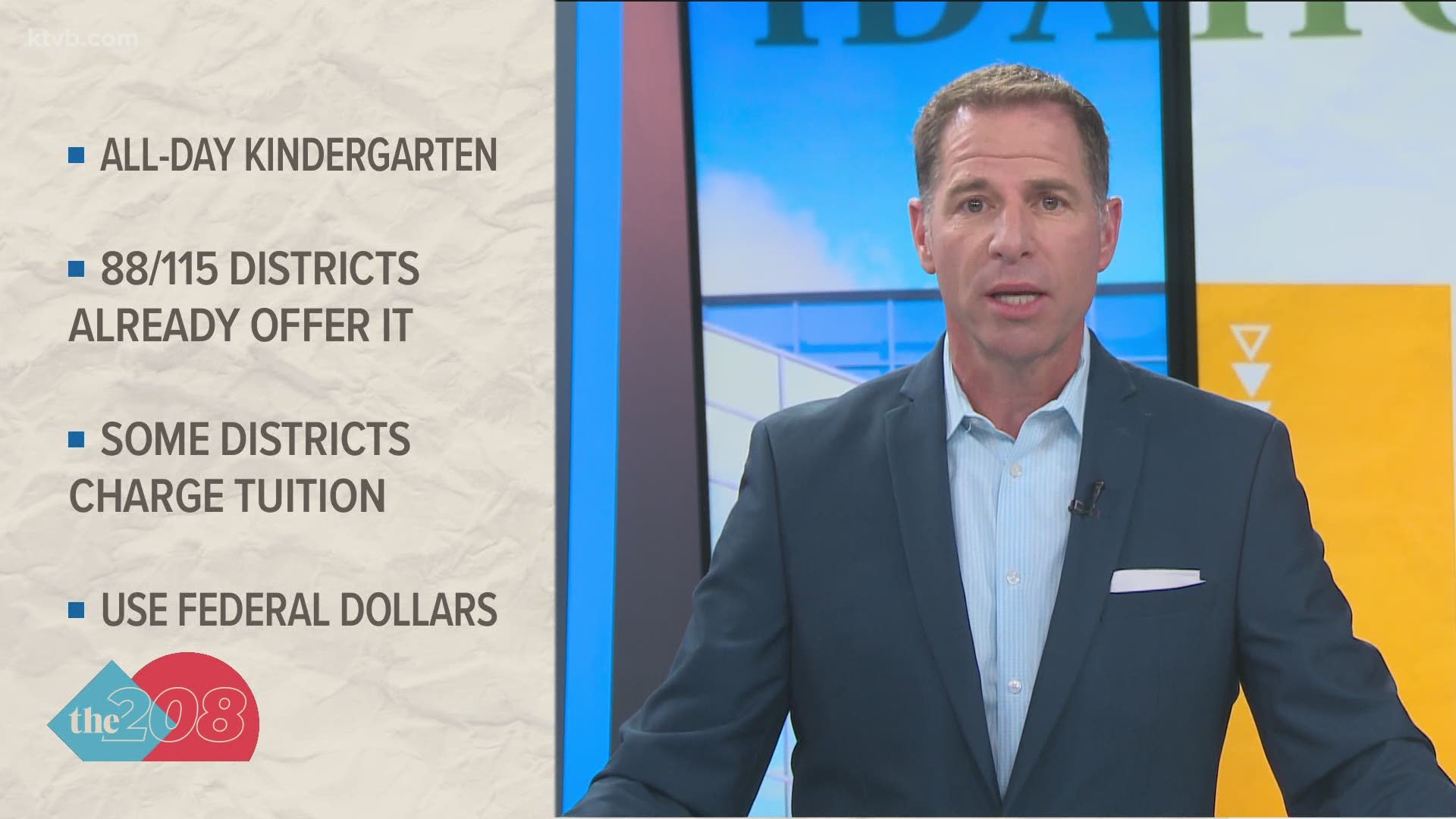 NAMPA, Idaho — Idaho lawmakers have introduced a bill that would fully fund all-day kindergarten programs in the state.

Some districts, such as Boise and West Ada, charge tuition to parents.

Republican state Sen. Carl Crabtree of Grangeville and Republican state Rep. Judy Boyle of Midvale introduced a bill on March 11 to fund full-day kindergarten at an annual cost of up to $42.1 million.