In a letter addressed to Gov. Brad Little and his fellow legislators, Erpelding called serving as a lawmaker "the most significant professional honor of my life." 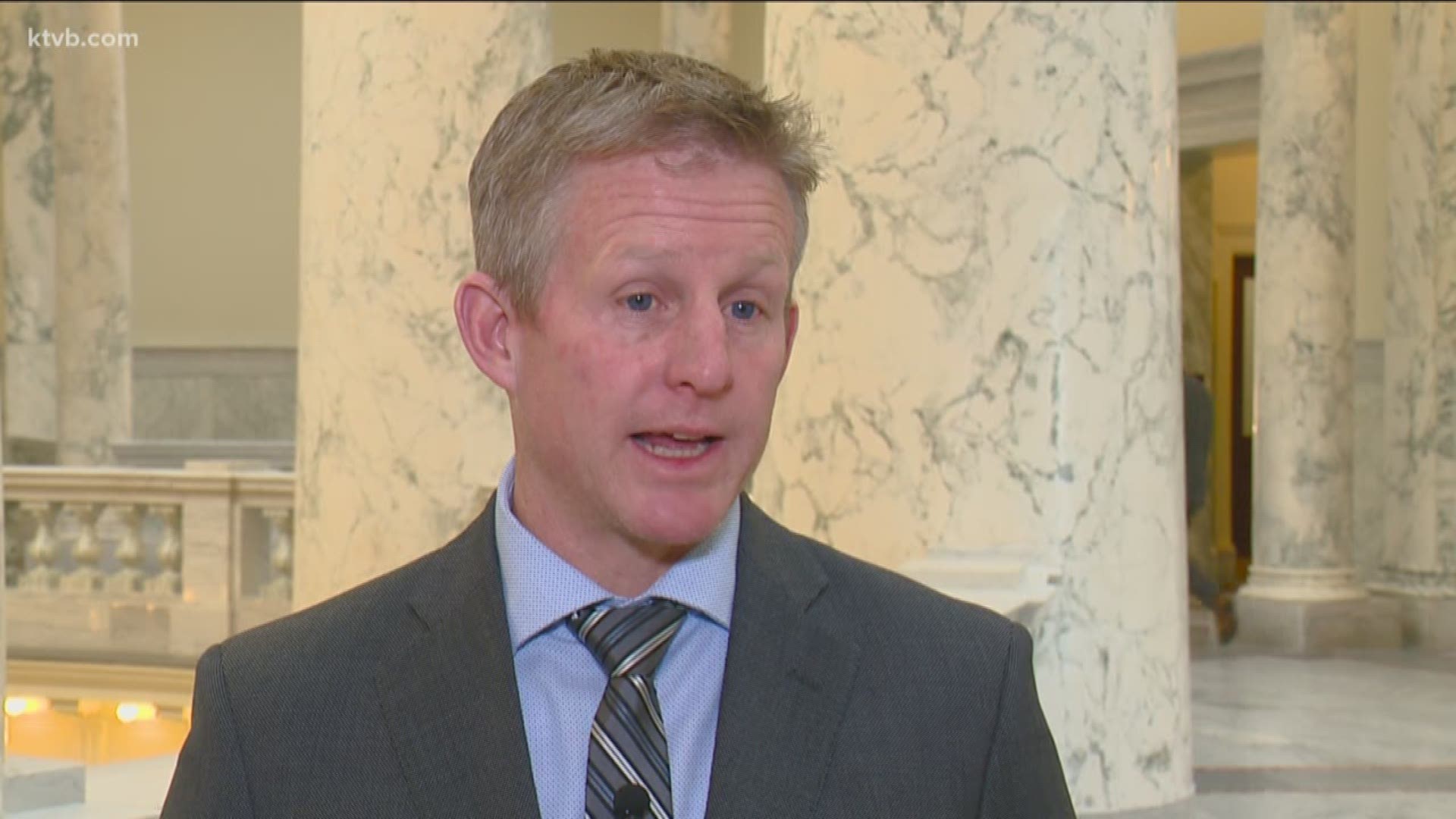 BOISE, Idaho — Boise Democratic Rep. and House Minority Leader Mat Erpelding announced Wednesday morning that he will be stepping down from the Idaho Legislature.

Erpelding's resignation will be effective the end of the day on Friday.

"The legislature is the single greatest professional position I've ever held in my life," he said. "The reality is that over time it became increasingly stressful on my family because of the financial aspects that come with taking the time and committing to the legislature."

Erpelding wrote that he is stepping down to advance his professional carreer, and has accepted a job with the  Boise Metro Chamber of Commerce.

"The metro chamber is so involved with the advocacy side that as the house minority leader at the state level, it was our view that I would have too many conflicts," he said. "I think its really important that people serving in the body are able to minimize and mitigate conflicts of interest."

Erpelding represented District 19, which covers the north and northwest part of Boise. He was first elected to the Idaho Legislature in 2012, and began serving as Minority Leader during the 2017 session.

"I think the most memorable thing to me in the legislature are the relationships I built across the aisle," he said. "Whether you're a Democrat or Republican there were a lot of people I unexpectedly forged lifelong friendships with and that's the part I am most proud of."

Erpelding currently teaches as an adjunct at Boise State University and co-owns Idaho Mountain Guides. The 2020 Idaho legislative session is set to begin in January.

The Idaho Democratic Party says the precinct captains from Erpelding's district will select three names, which will be presented to the governor as possible replacements for the representative seat. Little will then appoint one of those three people to the Legislature.

Applications are open now for those who want to be considered to fill the seat. The application and supplemental questions can be found here.

"The Idaho Democratic Party thanks Rep. Erpelding for his service to Legislative District 19 and we wish him well with the Boise Metro Chamber of Commerce," Idaho Democratic Party Chairwoman Van Beechler said in a release. "His voice in the legislature was a powerful and impactful one and I look forward to working with his successor."

"Mats been good to work with, I consider him a friend. He's one of those guys that we may disagree on a lot of the issues, but he's good to work with and a reasonable man and I'll miss him," House Majority Leader Mike Moyle said. "I wish him well. He will do a good job with the chamber. He will be sorely missed, he was a good egg when it came to figuring out solutions to problems and has been."

Gov. Brad Little also weighed in on the minority leader's departure from the state legislature.

"I'm sad to see Mat go, In my job I work a lot with minority leadership and Mat was always open, blunt, candid and we could get things done together," Gov. Brad Little said.

Speaker of the House, Scott Bedke, congratulated Erpelding on his new position.

“I know Rep. Erpelding’s experience and abilities, as well as his love for the City of Boise, equip him to serve in this position ably and with dedication," Bedke said in a statement. "While I am personally happy that he has been afforded this new opportunity, I am also sorry he is leaving the House of Representatives. In his position as Minority Leader, he has proven to be an insightful and collaborative legislator. We will miss him, but we wish him every success in his new position."

It has been the most significant professional honor of my life to serve District 19 and the state of Idaho for the last seven years. As Elizabeth and I plan for our family's future, it is clear that I need to advance my professional career (retirement will be here before I know it). Therefore, I submit my resignation effective at the end of the day on December 6th, 2019. I am excited to join the Boise Metro Chamber of Commerce where I will continue advocating for Idaho's core economic needs.

I want to thank all of my legislative colleagues for the opportunity to serve with each of you. During my legislative career, I forged unexpected and lifelong friendships with many of you, even as we debated deeply divisive and challenging issues. I firmly believe the legislature is an "arena of ideas" presented by leaders with diverse backgrounds, experiences, and beliefs. And, that is what makes our system of government so unique and incredible.

We best honor the wishes of our diverse state when we collaborate, merge ideas, and compromise. Unfortunately, Idaho's political polarization is deeply disconcerting. I encourage my legislative colleagues to increase bipartisan efforts rather than kowtow to the extreme views being advocated on both ends of the spectrum.

To my Democratic colleagues, thank you for the privilege of serving our caucus and our party as the House Democratic leader. District 19 is well-positioned with a myriad of qualified candidates capable of serving us well. I know whoever fills my seat will honor Idaho's values and advance pragmatic solutions for our state's challenges.

Most importantly, thanks to all of my supporters who have volunteered for or contributed to my campaigns. I will donate my remaining campaign funds to Next Generation Leadership, Idaho, a group committed to empowering young leaders and improving Idaho's political landscape.

I am forever grateful to have had such an opportunity to serve with so many incredible people.