Idaho group hopes to increase minimum wage through an initiative

Idaho is a low-wage state overall, with the average weekly wage in 2018 lower than all but two other states. 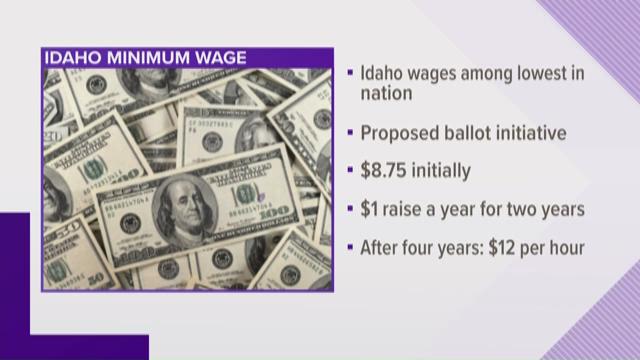 The Idaho Press reports that while Idaho lawmakers haven't raised the state's minimum wage in a decade, 26 other states have increased theirs in the last five years alone. That includes 17 that raised minimum wages by legislation and nine other states by voter initiative.

Idaho is a low-wage state overall, with the average weekly wage in 2018 lower than all but two other states.

The group, Idahoans for a Fair Wage, is organizing a signature drive to get an initiative on the ballot. It would raise Idaho's minimum wage to $8.75 initially, raising it another dollar a year for the next two years. After four years, the wage would be set at $12 an hour, after which increases would be tied to the consumer price index.