The new software will be test ran in 14 counties across the state during the Presidential Primary election in March. 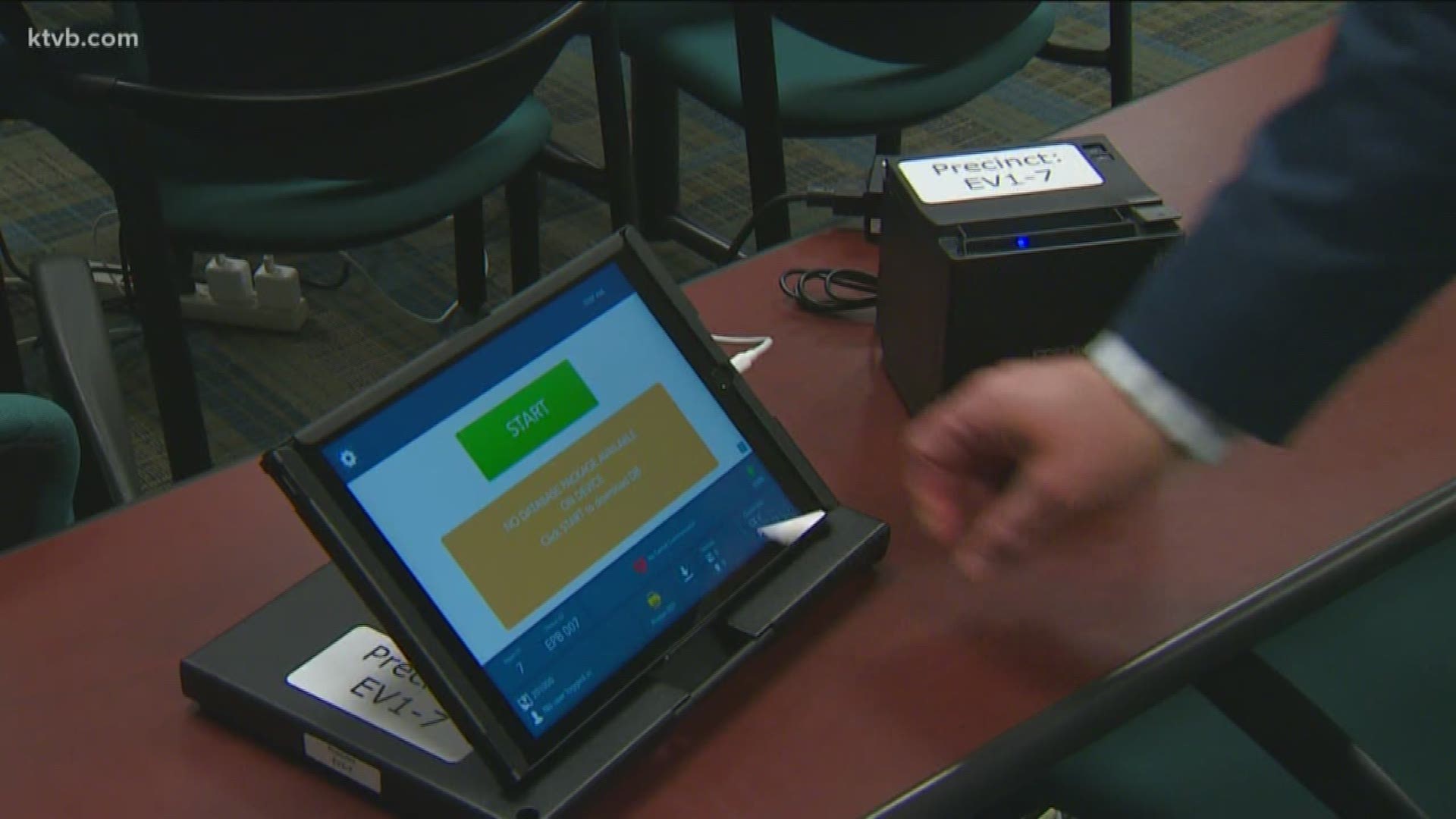 ADA COUNTY, Idaho — New voter registration software is being tested in Idaho, which will be first tested by 14 counties across the state in the upcoming Presidential primary election in March.

“We are now going to have these tablets which are referred to as electronic pollbooks,” Ada County Clerk Phil McGrane said.

So poll workers will look up the voter on the new electronic system to check them in and make sure they’re a registered voter and at the right polling location.

One benefit this could bring to McGrane and his staff is efficiency.

“In terms of making it quicker and easier for the transaction to get voters in, you know you always hear about lines at polling locations,” McGrane said. “One of the sources of that can just be checking voters in when they first come in.”

Rather than flipping through pages to fine someone, the tablets will be able to immediately bring some up based on their name.

“This will just make that process more smooth and some of the behind the scenes stuff of us running the elections a lot more smooth,” McGrane said.

While that process would be made more efficient, it’ll also allow County Clerks to track real-time data and respond to any potential issues that come up on Election Day.

“So, we'll have a sense of what turnout is like, and make sure we have enough poll workers and supplies at each of the polling places,” McGrane said.

The new software is being rolled out by the Idaho Secretary of State's Office. Representatives from the office will train the county election offices.

“The state of Idaho has recently gone into its final testing phase on the statewide voter registration system,” Deputy Secretary of State Chad Houck said. “The new software that we contracted over a year ago.”

Houck said a pro of this software claimed the security component. The current system being used throughout the state was configured in 2004-2006, according to Houck.

“The security processes and opportunities that were there at that point in time are nowhere near what the different services are that can be leveraged today,” he continued. "It gives us a huge opportunity to upgrade the security and infrastructure component, how we host the information, and the different layers of security we can apply to it because of the hardware we can utilize.”

Anytime there is change, there can be friction. The Secretary of State’s office has been communicating with the County Clerks to address any possible issues with the new software.

“That's definitely a challenge when you're implementing new processes, you're going to have speed bumps along the way,” Houck said. “So, you got to walk through those and work on those and those don't come without a little bit of challenge along the way.”

However, county partners are continuing to test out the software. On Thursday, the Secretary of State’s office rolled out 35 new software improvements, after taking feedback from the counties.

“Trainings going on across the state,” Houck said. “In the next several weeks, prepping them and helping them get ready for a number of them that'll be testing it in the March election as a secondary system.”

What the new software won’t change is how the electors actually record their votes. After checking in to the tablet in Ada County, they’ll still record their vote on a paper ballot and submit it the same way.

“We have a separate system that is never connected to the internet where the actual votes are cast,” McGrane said. “We always use a paper ballot so in the event something suspicious had happened we can go back to the physical record.”

Overall, election officials want to ensure people the new software will be ready by the state primary in May, and that it should provide clear and secure results from each election.