'I am not going to be distracted': Boise mayor responds to recall effort

Boise Mayor Lauren McLean discussed the recall effort during a virtual conversation with the City Club of Boise. 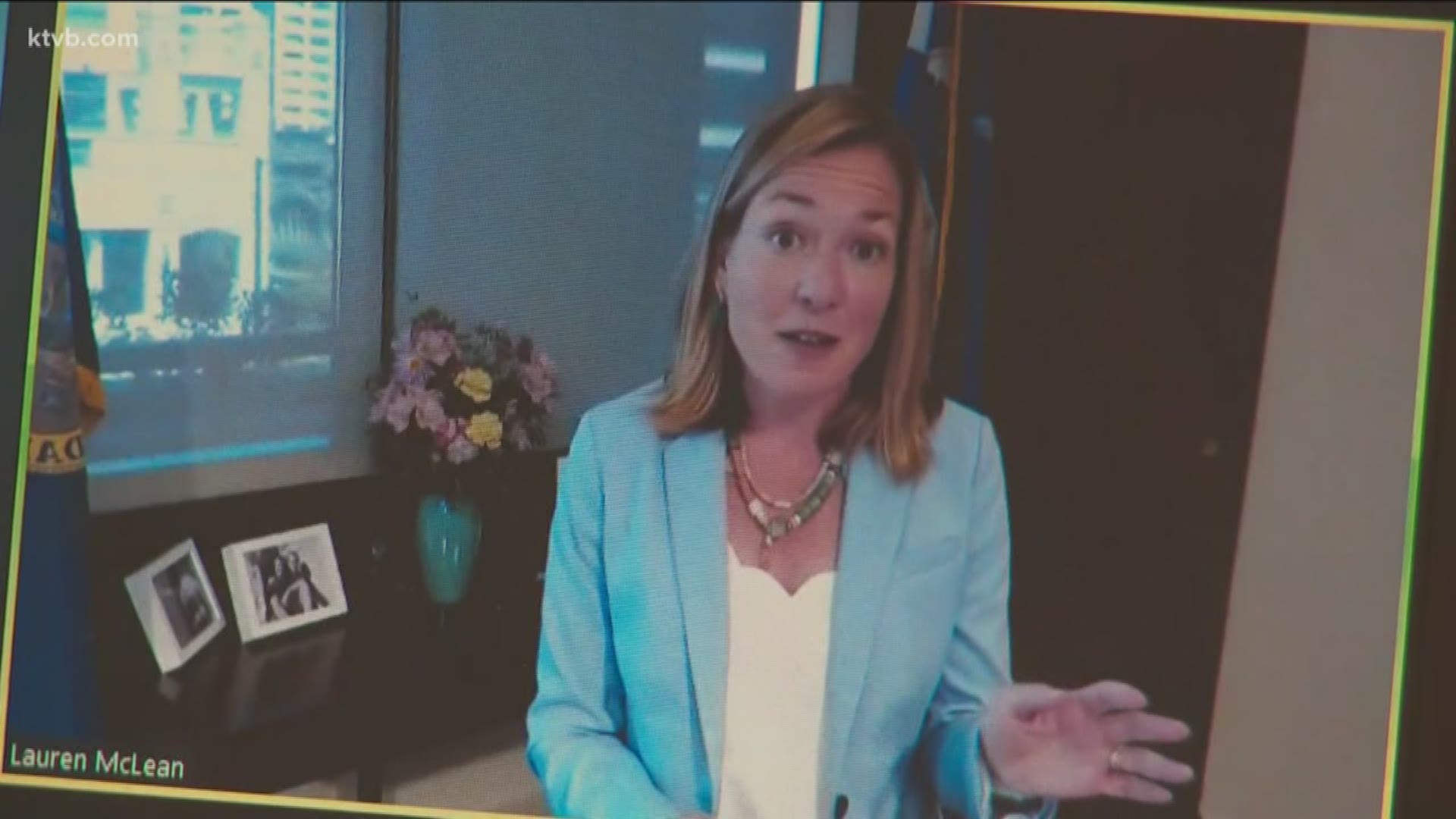 BOISE, Idaho — Boise mayor Lauren McLean responded to the recall effort against her on Thursday.

A group of Boise residents wants to recall the mayor, claiming she is not running the city the way she said she would during her campaign.

McLean took part in a virtual conversation with the City Club of Boise, a nonpartisan nonprofit organization aiming to provide a place where citizens can discuss and learn about issues.

She took a number of questions during the event. They ranged from her COVID-19 response, policing in the capital city, the recall effort and more.

“First off, I would say I don’t know these folks that have launched this recall effort,” McLean said. “I remain singularly focused on what brought me to office, and while I don’t know who they are, I do know the people of Boise elected me with a job in mind.”

McLean added that the people of Boise voted for her not once, but twice due to the mayoral runoff election. She said she brings a willingness to listen, a deep-seated belief in getting the community engaged, and wants to connect the people.

“I am not going to be distracted by something that is designed to divide and distract in a time now that requires me to lead in a way we didn't envision,” McLean said. “That is to address a crisis brought upon by a pandemic and the economic fallout because of this. I remain day-by-day focused on the job I have.”

Joe Filicetti is one of the organizers behind Sanchez's recall efforts. He spoke to KTVB about the recall on Wednesday.

He claimed the post by Sanchez about the man who shot a gun at a protest last month was racist.

“I don’t want to be subject to her mind, her opinions or her decisions,” Filicetti said. “She’s a racist. She’s a racist based upon her own writings. She’s not a racist because I’m a small-minded person, I’m wide open to what I believe. I don’t look at skin color, and it’s clear that’s one thing she seriously looks at.”

Sanchez didn’t respond to KTVB’s request to comment on Thursday, and she declined to comment on Wednesday when KTVB reached out to her then. However, she did discuss the post with KTVB back in June.

The group is in the first stage of the recall process. On Wednesday, they turned in more than 20 signatures of registered Boise voters to the city clerk’s office.

They still need to be verified by the Ada County clerk's office.

Once that is complete, the group will have 75 days to collect more than 26,000 signatures to recall McLean and approximately 9,000 to recall Sanchez. They need this amount because it’s equivalent to 20% of the registered voters in the city during the last general election.

If they get the signatures, the elected officials will have five days to resign. If they choose not to, a special election will be held to recall them. The Ada County Clerk’s office told KTVB that election would more than likely happen in March, but it is possible they could get it on the November ballot.