House Minority Leader Ilana Rubel, D-Boise, said, “It certainly doesn’t seem to me like a very wise or justifiable use of taxpayer dollars." 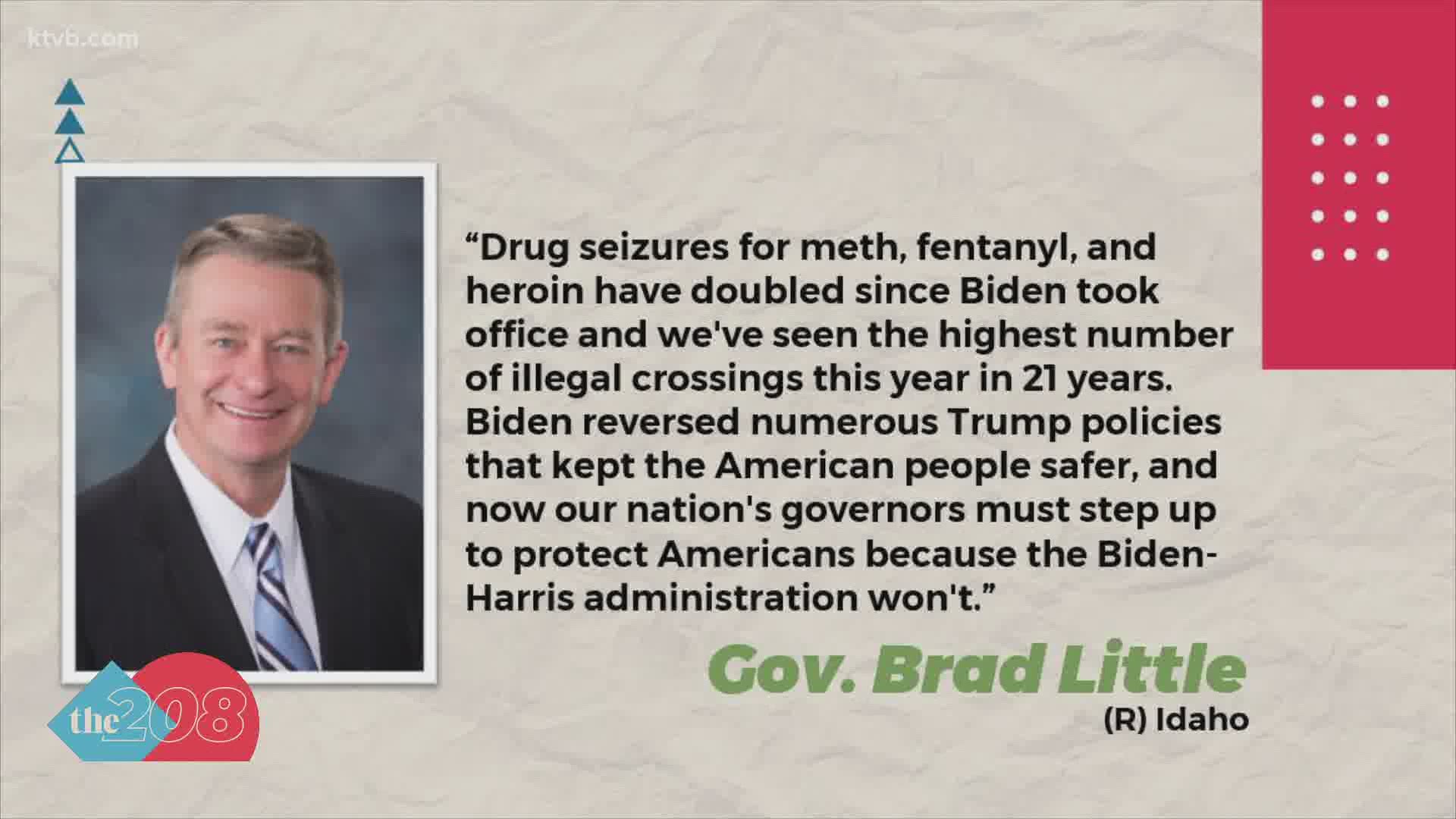 “The crisis at the United States-Mexico border and the alarming bump in illegal drug activity are direct results of failed policies of the Biden-Harris administration that harm the people of Idaho,” Little said in a strongly worded press release Thursday, a day after he complained that Democratic President Joe Biden excluded Little and Montana’s GOP governor from a Wednesday briefing for eight western governors on the upcoming wildfire season.

House Minority Leader Ilana Rubel, D-Boise, said, “It certainly doesn’t seem to me like a very wise or justifiable use of taxpayer dollars. This is pretty outside of our reign, Idaho taxpayer dollars being used to address what is ostensibly a federal immigration situation when there have been no requests from the federal government. It frankly just smacks of political posturing.”

Rubel said she wished Idaho officials would focus more on collaborating with the federal government to serve Idahoans, “as opposed to seizing every opportunity to publicly undermine and attack the federal government. Because it’s frankly not surprising, when that has been the focus of our state government’s efforts, that we are not the first ones invited to the table to collaborate.”

Little, a Republican, said, “Drug seizures for meth, fentanyl, and heroin have doubled since Biden took office and we’ve seen the highest number of illegal crossings this year in 21 years. Biden reversed numerous Trump policies that kept the American people safer, and now our nation’s governors must step up to protect Americans because the Biden-Harris administration won’t. The State of Idaho proudly stands with our fellow Americans along the United States-Mexico border.”

“Given the staggering number of violations now occurring in Texas and Arizona, additional manpower is needed from any state that can spare it,” Abbott and Ducey wrote.

Idaho joins four other Republican-led states – Florida, South Dakota, Iowa and Nebraska – in responding to the appeal from Arizona and Texas.

Little said Thursday that since he received the letter, the Idaho Office of Emergency Management and ISP have been working with the State of Arizona to determine how Idaho’s resources can best support the mission. The collaboration resulted in an emergency mutual aid compact, under which the five ISP troopers will be cross-deputized in Arizona.

The Idaho troopers’ mission will begin on Tuesday.

“We did our homework and worked closely with Arizona State Police to determine the true needs and how Idaho can help in a meaningful, impactful way without compromising public safety here at home,” Little said. “States frequently assist each other through the emergency response system with fires, floods, and other emergencies, and this situation is no different.”

U.S. Customs and Border Protection recorded more than 180,000 encounters on the Mexican border in May, the most since March 2000, the AP reports. Those numbers were boosted by a pandemic-related ban on seeking legal asylum that encouraged migrants to make repeated attempts since getting caught carries no legal consequences.

Nearly 19,000 unaccompanied children were picked up along the border in March 2021, by far the highest month on record. While the number of families and children traveling without their parents has dropped sharply since March and April, encounters with single adults have remained high.

On Wednesday, former President Donald Trump traveled to the southern border at Abbott’s invitation, along with two dozen U.S. House Republicans; there, he sharply criticized Biden on immigration.

Little said, “Idaho will continue to evaluate our resources and the border states’ needs to determine if we can do even more to help in the fight to protect Americans against the Biden-Harris inaction.”