Oregon Gov. Kate Brown announced a new agreement that was signed by a dozen timber companies and environmental groups. 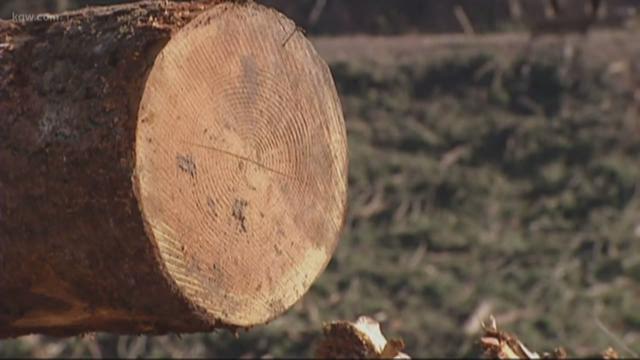 Brown announced a new agreement Monday morning that was signed by a dozen timber companies and environmental groups.

The agreement address three key issues, as outlined in a press release from the governor's office:

"This pact proves that when we work together with a willingness to compromise, we can create a better future in Oregon," Brown said.

The press release from the governor states that both sides have agreed to drop all forestry related initiative petitions and related litigation "after the passage of the legislation this session."

"Now as we move forward into a new era of cooperation and transparency, forest policy should continue to rely on the best available science," said Greg Miller, long-time timber industry executive and representative of the coalition of forest companies.

"Today's agreement is a critical step toward modernizing Oregon's forest rules," said Bob Van Dyk, Oregon policy director at the Wild Salmon Center. "This agreement is a genuine show of good faith from both sides."