Matt Fuller with HuffPost reported Fulcher is under investigation for allegedly shoving a U.S. Capitol officer to avoid metal detectors outside the House chambers. 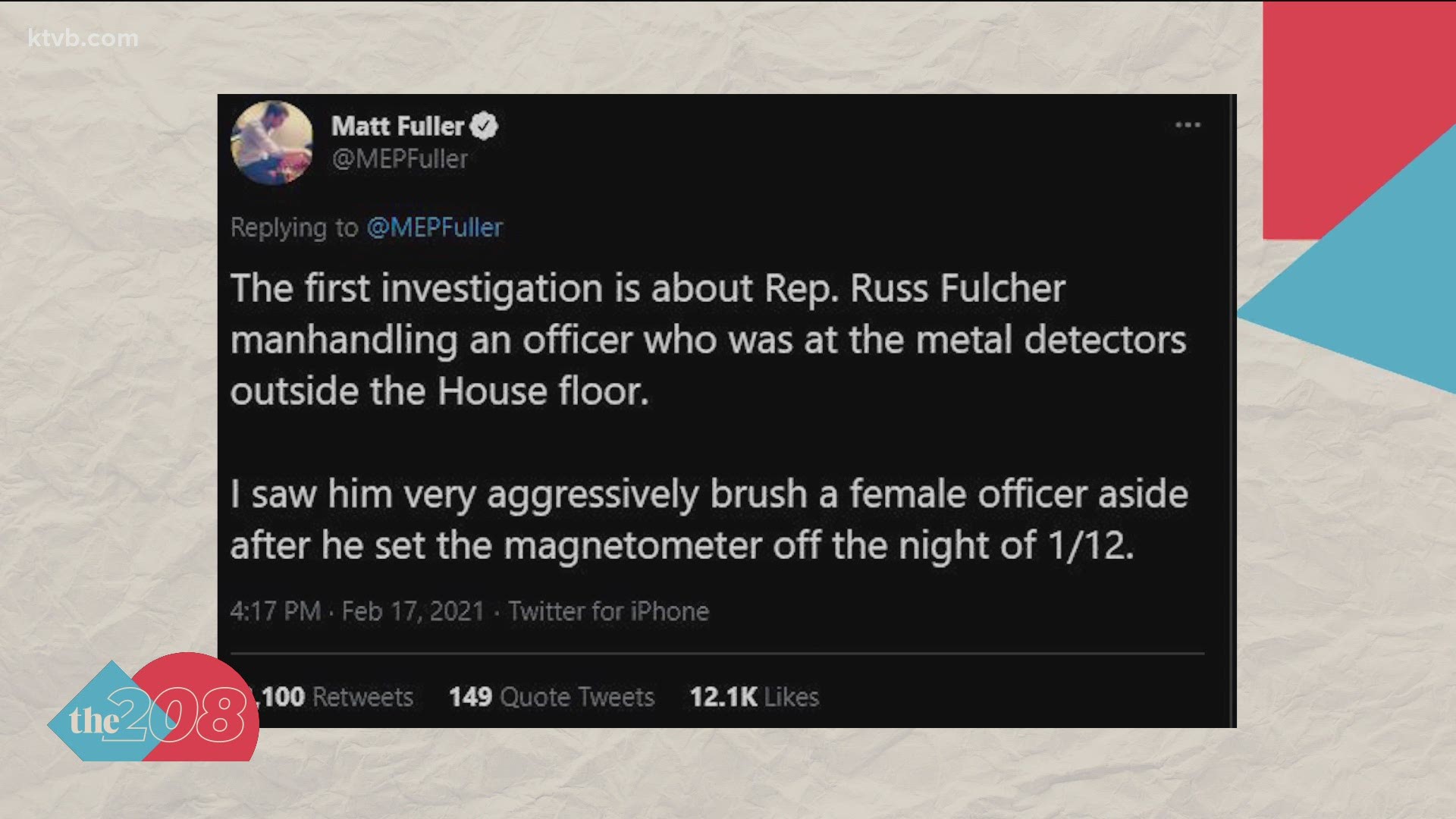 The investigation, initially reported on Twitter by Huffington Post reporter Matt Fuller, is related to allegations that Fulcher forcefully shoved a U.S. Capitol police officer inside the Capitol building less than a week after the Jan. 6 Capitol riot.

The House of Representatives was set to vote on a resolution urging former Vice President Mike Pence to invoke the 25th Amendment against Former President Donald Trump.

Members of Congress had to go through newly-installed metal detectors, which were put there after the breach of the Capitol. Some members were displeased with the newly-implemented security measures, according to Fuller.

In a series of tweets, Fuller said he saw at least 12 House members - all Republican - either set off the alarm and kept walking or sidestepped the process altogether.

One of those lawmakers, according to Fuller, was Fulcher.

Fulcher reportedly brushed through the detector without stopping and allegedly shoved a female police officer on his way to the chamber. The encounter allegedly shook the officer to tears, according to Fuller.

The next day, on Jan. 13, Fulcher discussed his rejection of the new security measures via Twitter, claiming "screening puts our capitol police in an awkward position of screening those they are to protect, re-directs resources away from outside threats, and implies members are a threat to one another."

Member screening puts our capitol police in an awkward position of screening those they are to protect, re-directs resources away from outside threats, and implies members are a threat to one another… a notion I reject.

He also called the Capitol officers "heroes" and claimed he was unaware of any rude interactions between representatives and Capitol Police. He did not directly acknowledge the Huffington Post report of his actions.

More than a month later, Fuller reported on Twitter that Capitol Police are investigating Fulcher and the allegations made in the published report of him aggressively shoving the officer.

The interaction has definitely stuck with me, because he was very aggressive, yes, but also because that officer was pretty disturbed too.

I tried to ask her about it after, and while she wouldn’t say anything, she nearly had tears in her eyes.

Fulcher's office responded to the report on Wednesday night, stating in part:

We are not aware of any investigation or interest other than a social media tweet. Should there be further inquiries, we look forward to formally setting the record straight on these fabricated media accusations. However, please keep in mind in this majority-driven hostile political environment, neither truth nor fairness is the objective.

Fuller also reported Rep. Andy Harris (R-Maryland) is under investigation after he allegedly brought a firearm into the House Chamber but was denied entry.