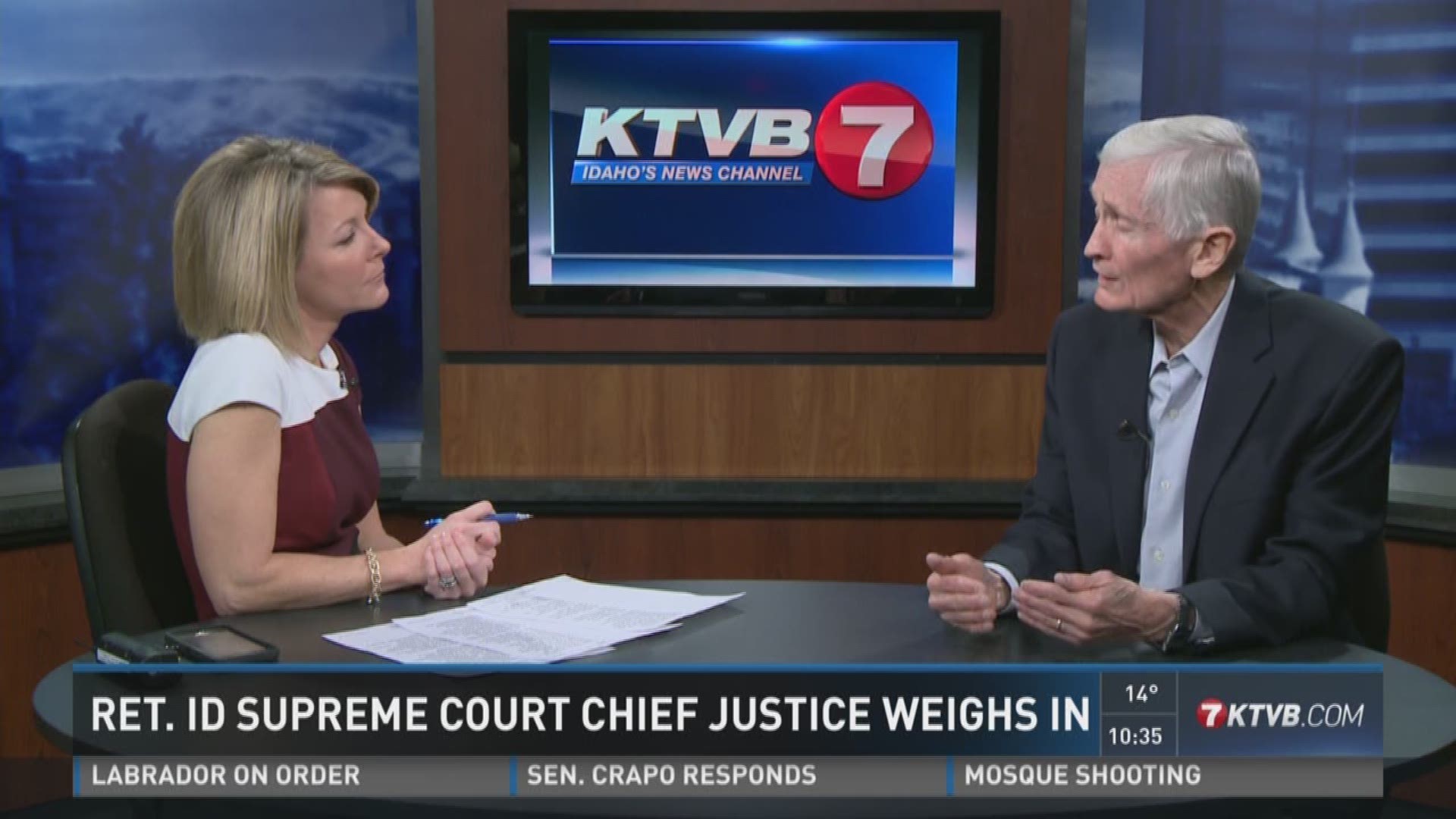 Jones, who retired earlier this month, wrote an opinion piece in which he says the refugee and travel bans implemented by Trump's executive order could put U.S. citizens in danger by emboldening terror groups like the Islamic State.

"As with our invasion of Iraq, the jihad groups will use this as a recruitment tool to enlist terrorists to kill Americans," he wrote.

In an interview with KTVB's Kim Fields Sunday evening, Jones said American troops stationed in the Middle East could also face repercussions from the travel ban.

"The problem is we're fighting ISIS on the ground," Jones explained. "And we don't have a lot of ground troops... We have to rely on Iraqi, and Syrian Muslim troops. Can you imagine how they they feel when this ban goes into effect that says we don't want you people in our country, we want you to help us to fight ISIS. It's counterproductive. And I fear for the soldiers we do have on the ground embedded with Syrian and Iraqi forces."

Explaining further, Jones said: "I was in Vietnam and I lived with the Vietnamese soldiers and had President Johnson said, 'Well we want the South Vietnamese to carry out the war against the Communists, but we don't want them in our country,' I would have not sleep very well at night."

Jones says he believes Trump's executive order violates an immigration statute that has been on the books for many years.

Speaking in more general terms, Jones said the ban goes against one of the nation's more cherished principals.

"We're a nation of immigrants," he said. "And we've always been welcoming. In fact, we've always considered ourselves to be an exceptional nation and the leader in giving people harbor from persecution. I mean, most of the people who ended up in the U.S. had come here because of persecution elsewhere, religious or otherwise. And now when we say we're going to turn our backs on these people, I think it's really a step backward."