Why you're seeing different race results online, on TV

If you notice the Electoral College totals are different on KTVB's newscast than the website, there's a reason for that. 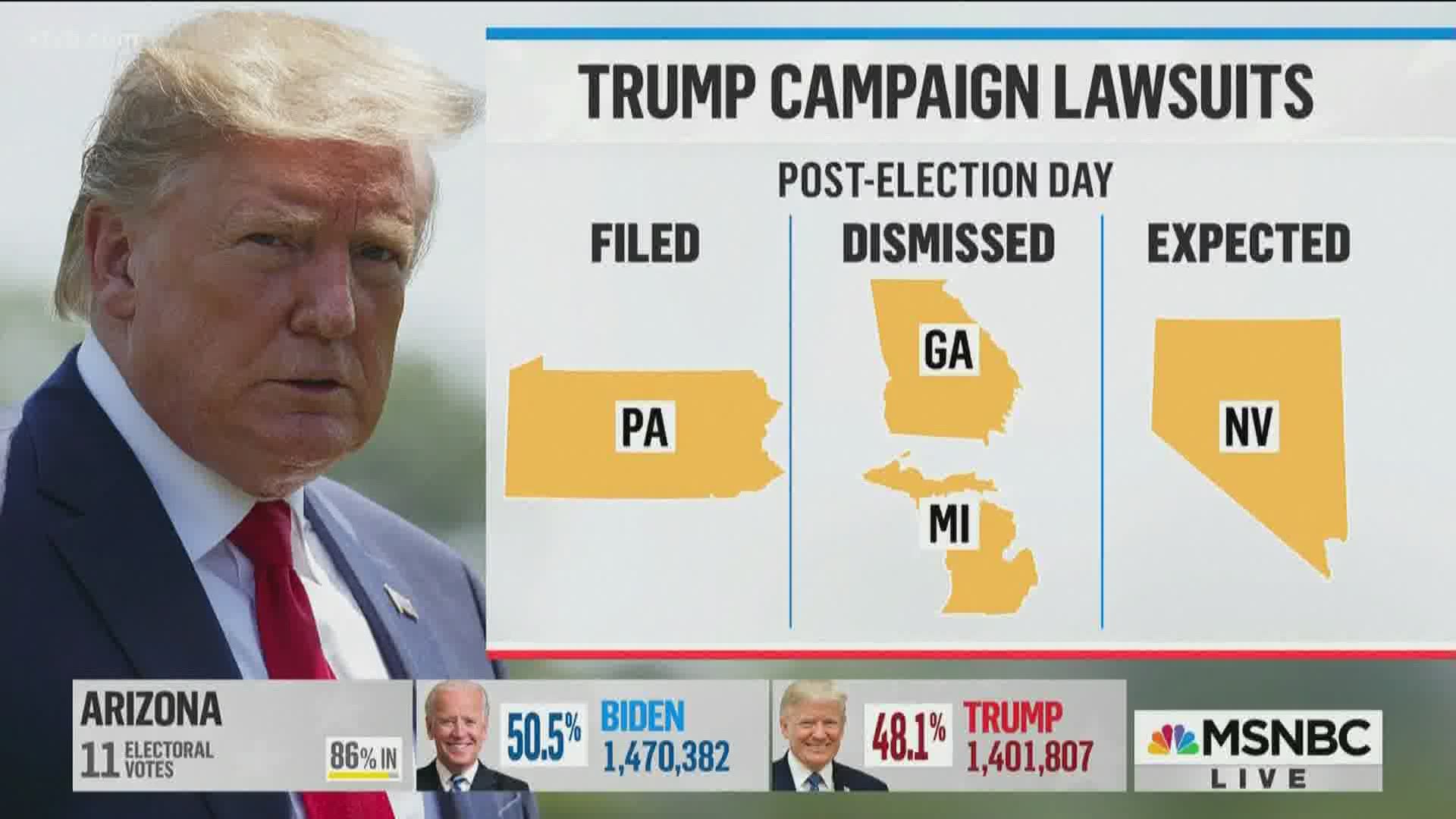 CHARLOTTE, N.C. — Editor's Note: This article was originally published by WCNC, which is an NBC-affiliate in North Carolina and is KTVB's sister station. This article has been edited to reflect KTVB's affiliation with NBC.

When watching KTVB Idaho NewsChannel 7's trusted newscasts, you may notice the Electoral College numbers are different than what is listed on the website.

There's an explanation as to why. At KTVB, we source results from NBC News and The Associated Press. Both outlets have processes in place to handle the influx of votes, counts and results.

Online uses totals from The Associated Press while on-air draws its totals from NBC. Below is a detailed breakdown as to why that's done.

The Electoral College totals you see here are populated by The Associated Press.

As it has for more than 170 years, The AP counts the nation's vote in real-time and reports the results of presidential, congressional and state elections.

AP uses that vote count to declare winners in some 7,000 races, so the world knows who wins not only the White House but control of Congress and every state legislature.

“There is no national election commission in the United States that tells us who won on Election Day,” David Scott, a deputy managing editor who helps oversee AP's coverage of elections, said. “Statewide results aren't available in every state, either. If we want to know who the next president will be, we've got to do the math ourselves — county by county nationwide.”

To do so, AP uses a 50-state network of local stringers who Scott said have trusted relationships with county clerks and other local officials built up over years of election night reporting. These stringers collect votes at a local level, while other AP journalists gather results from state or county websites, as well as via electronic data feeds from states.

That vote count is then transmitted to AP members and customers across the country and around the world, Scott said, powering their election night maps and filling the vote total graphics shown online and on air.

State-based analysts and editors in Washington at AP's Decision Desk also use that vote count to “call races," or declare the winners. Along with the vote count, Scott said, the decision team uses additional information provided by AP's election research team, such as demographic data about a state and statistics about advance voting, to make race calls.

“AP does not make projections or name apparent or likely winners,” Scott said. “If AP cannot definitively say a candidate has won, we don't speculate.”

ABC, NBC, CBS and NBC are in Edison Research’s National Election Pool. The Associated Press used to be a part of this pool, but they now run their own projection models with the AP VoteCast.

Both the National Election Pool and AP VoteCast collect data that is used to project races, with exit polls being a key component of both. The AP explains VoteCast also reaches beyond exit polls -- reaching voters by mail, phone, and online like a traditional poll -- to account for early and mail-in voters. The National Election Pool expanded in-person early voting interviews this year to account for increases in such voting.

The different media outlets who call races separately follow similar methodology and decision-making to the AP, even if it’s not entirely the same. That means that they may call races soon after each other, but not call them at the exact same time.

This is true even of the networks that use the National Election Pool. For example, ABC News has opted to take longer to call races than other media outlets this Election Day and has generally waited until after precincts begin to report vote counts to call races.

NBC says they make most of their calls on election night races “based on analyses of precinct- and county-level vote returns.”

Fox News, on the other hand, call their races based on Fox News Voter Analysis. They work in partnership with the AP and their VoteCast, and thus use the same methods they do to take into account early votes.

Some media outlets call races as soon as polls close when exit polls match historical trends and expectations for a state. They may also call races for a candidate who is currently losing based on where votes have been counted at that point in the night.

Not all media outlets are opting to call races that early this election. Some are taking a more conservative approach.