Ballot requests for the all-mail election are due on Tuesday. Elections officials say their staffs are working hard to keep up with the demand for absentee ballots. 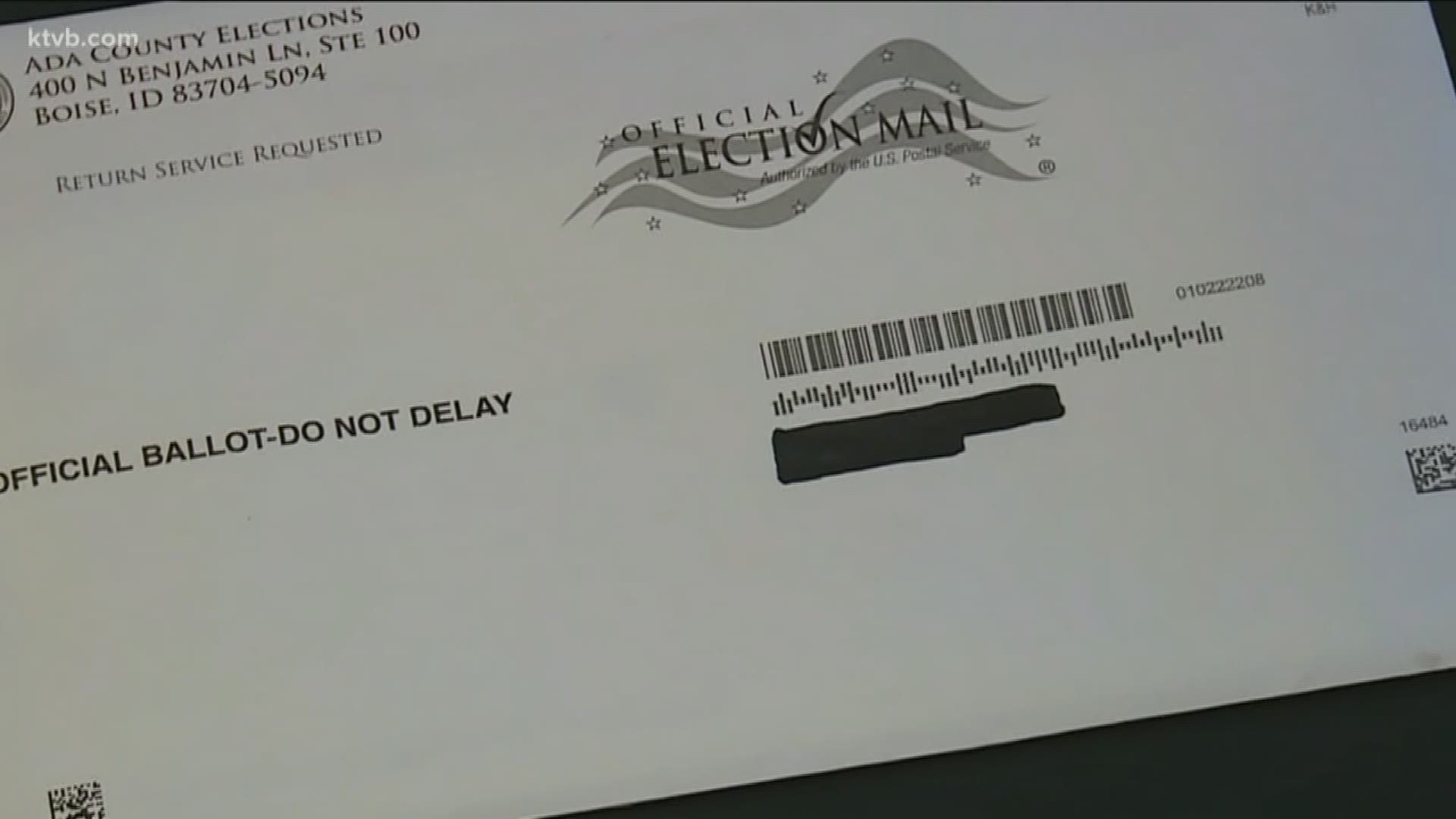 BOISE, Idaho — Because of the coronavirus state of emergency, the State of Idaho is holding an election entirely by absentee ballot for the first time ever.

The regular primary election was scheduled for Tuesday, May 19. That date is now the deadline for requesting an absentee ballot, which you can do online or by returning a ballot request postcard.

The upcoming primary is for congressional, legislative and county offices, as well as some local bond and levy issues. Idaho's presidential primary took place on March 10.

Elections officials believe interest is so high because of the circumstances.

To put that in perspective, voters cast a total of 232,160 votes in March's presidential primary. That number includes in-person, early and absentee voting combined.

"With over 300,000 out, we're looking potentially at record returns," Houck said. "If those come in at high numbers, if it's 80%, 90%, we could see a greater turnout than what we saw in the presidential primary in March."

According to the Ada County Clerk's elections website, as of Friday morning, Ada County alone had issued more than 107,000 ballots, and voters had already returned more than 33,000 of those.

Ada County Clerk Phil McGrane said the 2016 primary is similar to this year's because it did not include a high-interest race like 2018's race for governor.

McGrane calls this year's election a major undertaking. He has crews in the clerk's office at 6 a.m. entering ballot requests.

"I think one of the biggest things we've had to ask voters for in this election is just patience," McGrane said. "I think that's one of the things to emphasize to viewers right now, is if they've requested a ballot, let's say in the last week, they may not have received it yet.  And that's because we're working through so many ballots and so many requests to get them out to voters. But the good news for this election that is unique is there is additional time for voters to both get their ballots and then to return them."

Requests for absentee ballots are due next Tuesday May 19.

Ballots must be received by your county elections office by June 2. That's the date the votes will actually be counted.

For some great voter resources check out the Voter Guide on KTVB.COM.

RELATED: Here are 3 ballot measures voters should know about before Idaho’s May primary election

RELATED: Requesting an absentee ballot: fill out the card, drop it in the mail - no envelope, no stamp required