Idaho Republican gubernatorial candidate Lt. Gov. Brad Little made the claim during the KTVB debate with Democratic candidate Paulette Jordan. But is it true? 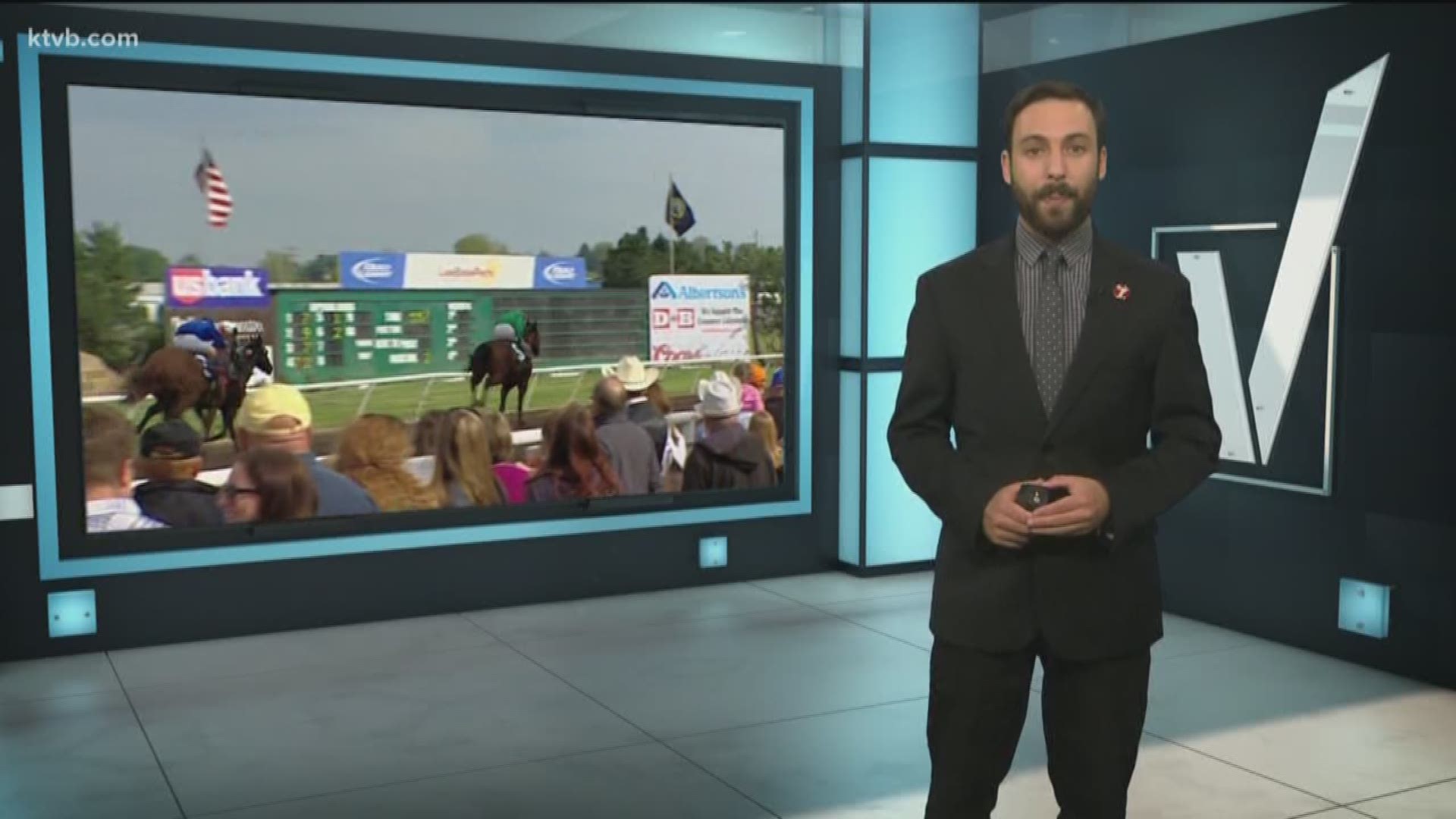 BOISE — One of the most heated exchanges during the KTVB gubernatorial debate between Lt. Gov Brad Little and Paulette Jordan was over Prop 1 - the ballot initiative to legalize historical horse racing machines.

During the debate, Little claimed that the expansion of tribal gaming has hurt Idaho horse racing.

Jordan responded to that, saying, "So now you are blaming the tribes?"

Little quickly added, "I'm saying, you can go back and look at the records, you can fact-check this, look at the revenue that was going into horse racing prior to the expansion of Indian gaming, just look that up."

In 2002, an Idaho voter initiative passed, allowing the expansion of tribal gaming by allowing casino-style gambling including blackjack, slot machines, and electronic adaptations of any game of chance.

The question here is, did that, in fact, affect the amount of money that people gambled on horse racing, and in turn hurt horse racing revenues?

To answer that, first here is some back story:

In 1990, simulcast horse racing was introduced as a new event for Idahoans to bet on. So, from 1990 on, people could go to racetracks and bet on races from out-of-state tracks to fulfill their gambling desires.

At the time, because tribal gaming revolved around very basic games, simulcast racing at horse tracks was seen by many as the best gambling experience available in Idaho. Simulcast racing became the big draw for Idaho horse racing, helping generate a lot of money.

Records from the Idaho State Racing Commission on the total amount of money bet on simulcast racing show that after the expansion of tribal gaming, there was a clear decline - from a high of over $25 million in 1996 to just over $2 million in 2016.

Data show that in the early and mid-2000's, as tribal gaming expanded to bigger and better options, the interest in simulcast racing at tracks went down. At Les Bois Park in Boise, for example, there was a large overall decline in simulcast racing from success it saw in the 1990's.

In the immediate aftermath of the expansion of tribal gaming, from 2003 on, there was steady decline.

Les Bois also saw significant total losses during that time, sometimes of over $1 million a year.

Of note, Greyhound Park is in close proximity to the Coeur d'Alene Casino.

It's important to note though that for simulcast racing, not all Idaho horse racing venues were down from 2003 through 2015.

At Sandy Downs in Idaho Falls, for example, even though at times there were closures over the years, they were slightly up in single-year totals in 2015.

So what does all of this mean?

While it is impossible to correlate one single thing to the decline of money gambled on Idaho horse racing, KTVB can Verify that Little is correct: Gambling amounts at race tracks have shown a clear decline since the expansion of tribal gaming.

That fact has contributed to falling revenues at tracks, which many say has made doing business harder for Idaho racetracks.

VERIFY: Were claims during the KTVB gubernatorial debate on Idaho education true?