A new ad from the Idaho Education Association makes several claims as to why State Superintendent of Public Instruction Sherri Ybarra can't be trusted. KTVB's Joe Parris set out to Verify what the IEA says in the ad. 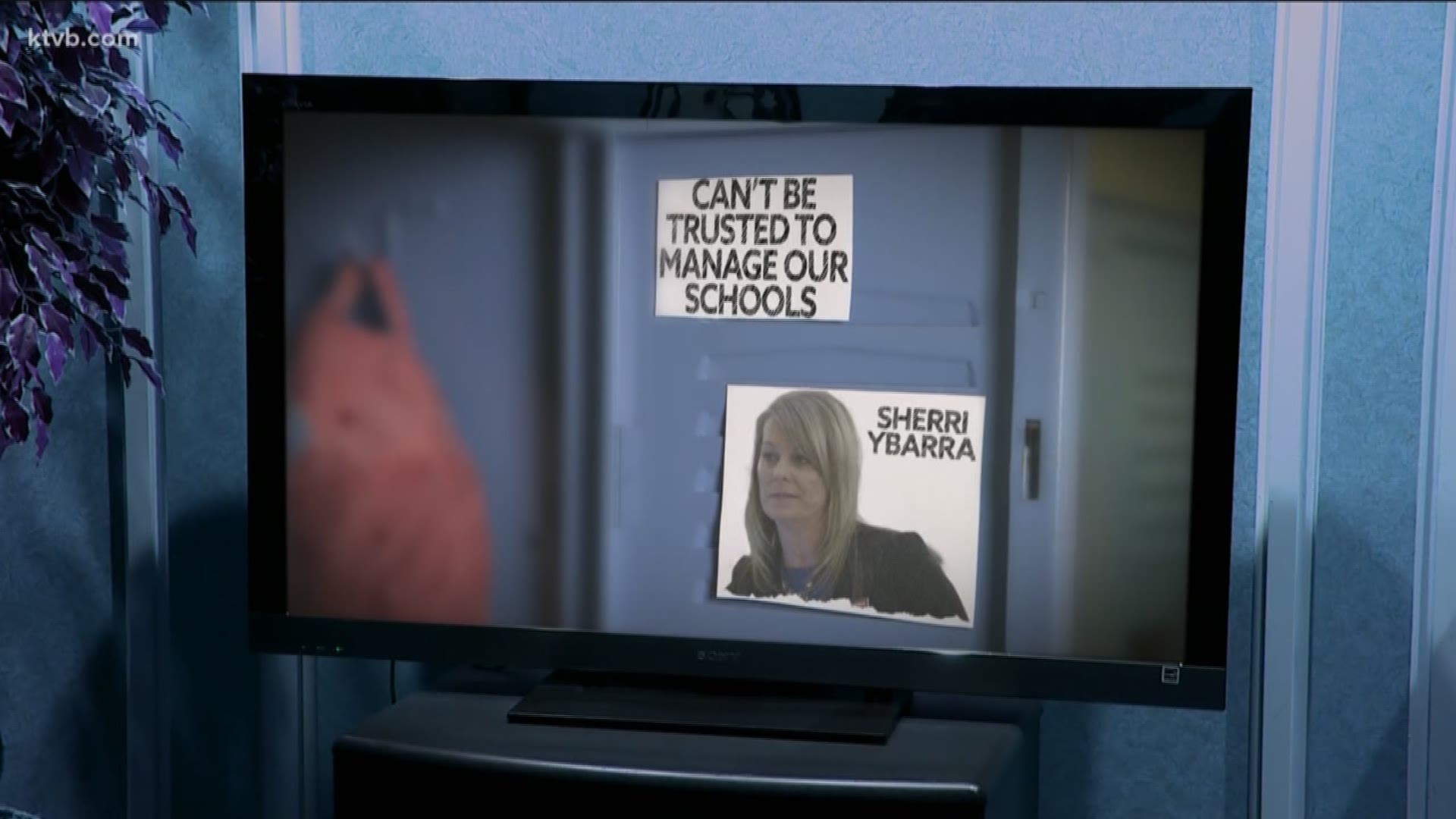 BOISE — With 11 days until the election, we are now starting to see the final advertising push for many campaigns.

New to the heavy rotation of ads is an attack ad in the race for Idaho’s Superintendent of Public Instruction.

The Idaho Education Association is now running an attack ad targeted at State Superintendent of Public Instruction Sherri Ybarra. The ad makes several claims as to why Ybarra can't be trusted to continue as superintendent.

But are the claims true?

KTVB can Verify that is true. Ybarra's initial budget proposal for the 2019- 2020 budget included a $100 million mistake.

The mistake centered around how much it would cost to fund a proposed teacher pay increase for the fifth year of the Career Ladder.

As cited in the ad, a September 5 article from the Idaho Press revealed that Ybarra's proposal would cost $128 million, instead of the close to $28 million indicated in the original budget.

In a news release sent out shortly afterward, the mistake was blamed on an inadvertent math mistake made by Ybarra's associate deputy superintendent. As a result, proposed teacher pay increases were thousands less than originally proposed.

Following the mistake, Ybarra said, in part: "I'm disappointed the $28.7 million won't stretch as far as we had thought."

CLAIM TWO: "She created a school safety plan so flawed it could lead to chaos, making a safety crisis worse."

The safety plan created by Ybarra's office is known as KISS - Keep Idaho Students Safe - and that program has been criticized by some education officials.

The ad cites an August article from Idaho Education News that includes criticism of the program from Brian Armes, program manager of the Idaho Office of School Safety and Security.

Armes and other education officials say in the article that Ybarra's office did not consult them on the program, and because of that, competing security plans could lead to chaos in an emergency setting and a crisis could become worse.

Ybarra says, however, that the program was created with stakeholders. On the official KISS website, Ybarra is quoted says that "Input from students, teachers and parents over the past three years shaped this proposed initiative, and we will continue to seek opinions and suggestions moving forward."

CLAIM THREE: "And Ybarra even bragged about graduation rates even though those rates remained stagnant."

Ybarra has drawn criticism this year any time she says that graduation rates are increasing in Idaho. However, she is technically correct when she says that.

The end of the ad includes a phone number posted on screen. In case you were wondering, it's not Ybarra's personal number. The number is for the Idaho State Department of Education.