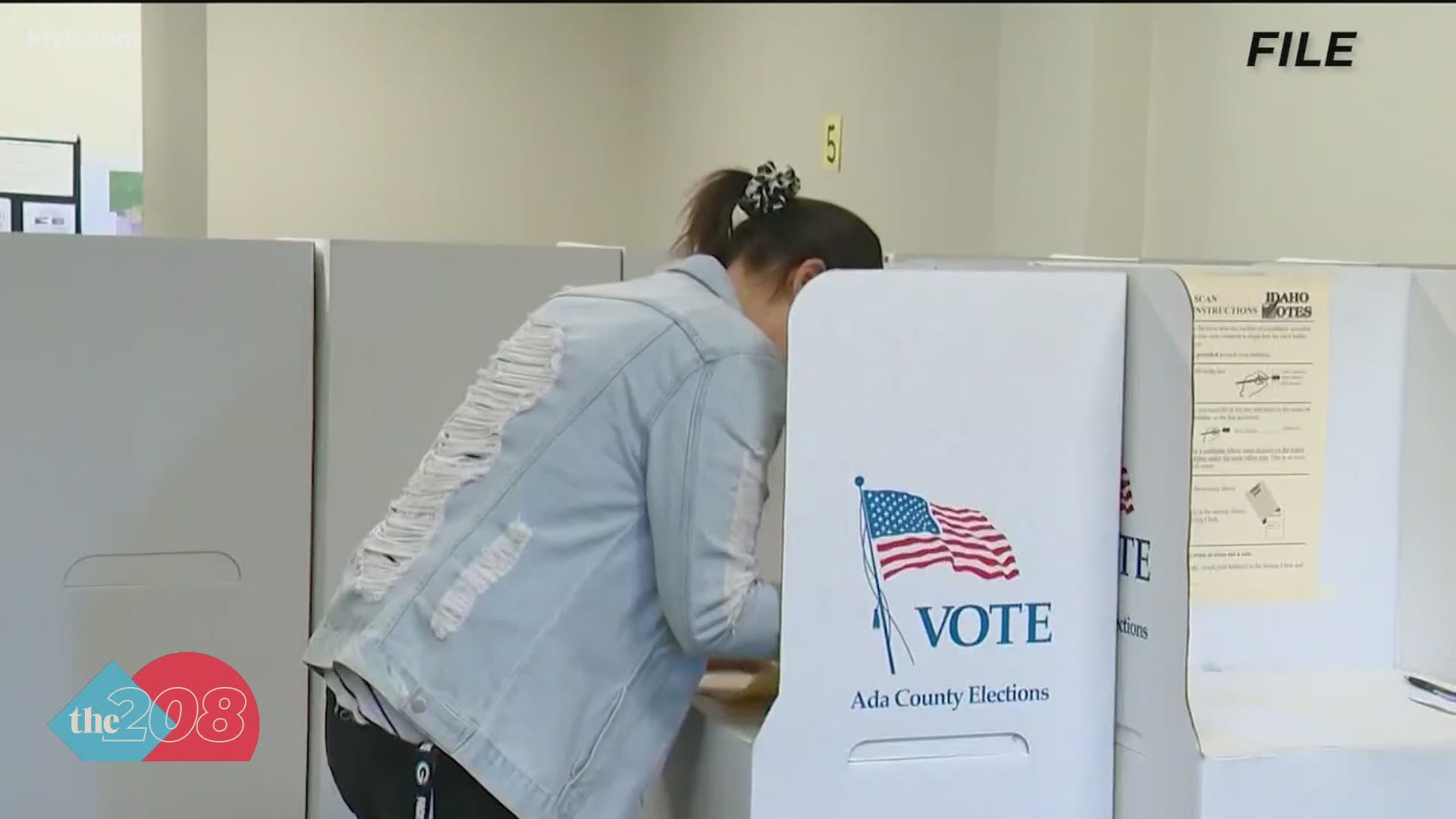 “We’ve got these two bills now to move forward with and we know at least the environment that we will be operating under for this next election in,” Houck told KTVB. “We are getting ready to print ballots right now, we were on the phone with our printers getting all of that setup, so we have proofs to look at.”

Those ballots will be cast across the state. The newly-signed House Bill 1 guarantees there will be in-person voting options this November. Just about two months out from election day, Houck said, what that will look like in each community is still being worked out. This is an election cycle like never before.

While House Bill 1 now guarantees in-person voting, what that will look like come November will still depend on COVID-19 protocols.

“So the biggest thing they are still going to be looking at is what do they have for both locations and poll workers," Houck said. "The biggest thing with locations is, especially in some of our smaller counties, do they have a location that allows them to meet the CDC guidelines and the social distancing guidelines that are out there while still accommodating their voters and accommodating the safety of their poll workers at that location?"

RELATED: Lawmakers reflect on special session of the Idaho Legislature

Realistically, some communities could have issues with holding voting in places that have served as locations in recent years.

“If they don’t feel comfortable with that, they will probably look for a larger location where they can co-locate two or three precincts together and then gain those efficiencies that way," Houck said. "So it may mean a little more travel for voters in some rural locations to be able to get there, which may be why that voter may want to consider that absentee ballot."

Senate Bill 1001, the first election bill signed into law last week by Gov. Little, will help county clerks process the thousands of expected mail-in votes by giving them extra time. Part of that new law allowed clerks to start processing those ballots seven days in advance of election day. There has been questions about what that means specifically.

Houk explained that it is based on physical processing, not vote tabulation.

“We are not going to have vote counts early," he said. "What this means is simply they are able to, under review and with multiple people in the room so that we have that accountability factor, they are able to start opening those secrecy envelopes and get those ballots flattened out.

"That is especially important in those locations that are using scan tabulators," Houck added. "They want those ballots nice and flat. So if they came in folded they are going to put them under weights to flatten them out."