Little's win comes as no surprise in the deeply conservative state, despite significant national media attention given to his opponent. 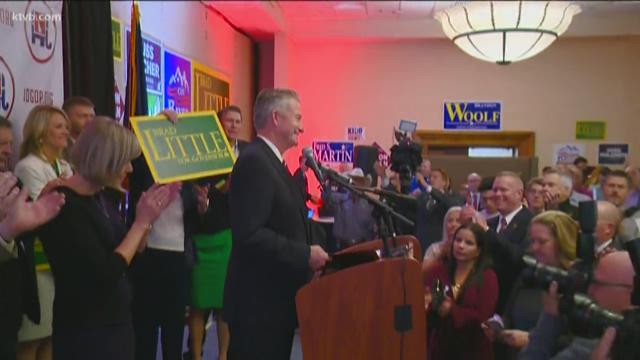 Little captured 60 percent of the vote, while his opponent Paulette Jordan received 38 percent. His win comes as no surprise in the deeply conservative state, despite significant national media attention given to his opponent.

Little has been lieutenant governor since 2009 and has vowed to continue retiring Gov. C.L. "Butch" Otter's legacy of leading the state's recent explosive growth.

Jordan, a former state lawmaker and member of the Coeur d'Alene Tribe, was the first woman to earn her party's nomination in Idaho.

Little made his first speech as governor-elect at the Republican election party Tuesday night, taking the time to thank his family, supporters, and all those who worked behind the scenes of his campaign.

Little went on to congratulate Jordan on a "hard-fought race," and vowed to lead Idaho into the future.

"The view I've had of the governor's job over the last few years, I've seen all the decisions go across that desk. and I will look at all those future decisions through only one lens. And that's how do we have the best opportunity for us, for our kids, and for our grandkids to be successful here in Idaho."

Jordan also thanked her supporters, and called on the "next generation to step up and lead."

"We have already built a movement. We will not disengage," she said. "We will not be silent, and we will not simply go away. This is our Idaho."