The organization sued the state asking for more time to gather electronic signatures to get their education funding initiative on the November ballot. 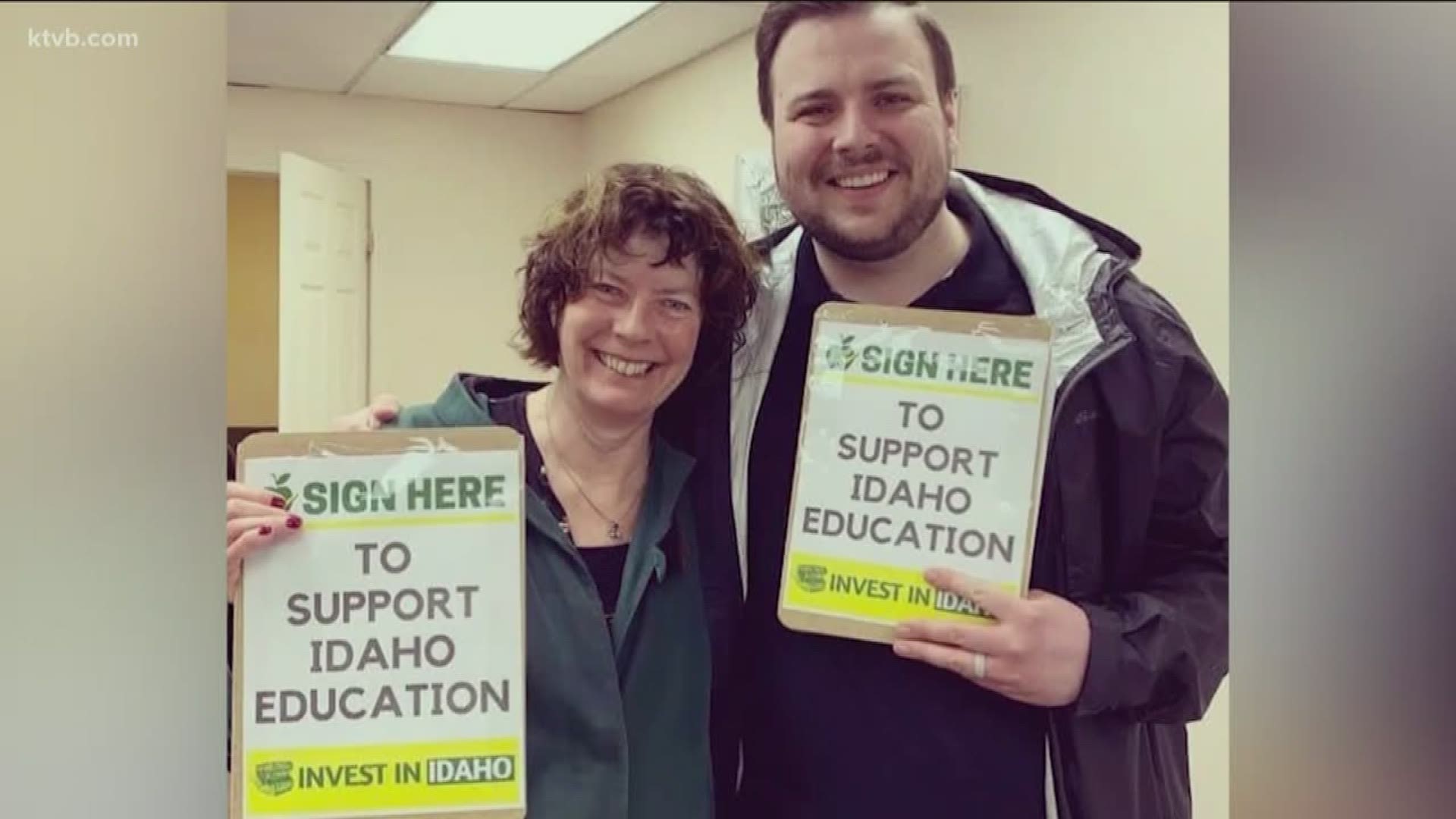 BOISE, Idaho — When the COVID-19 pandemic started in Idaho, there were three ballot initiatives on their way to collecting signatures to get on the November ballot.

With the spread of the coronavirus, and Gov. Brad Little’s stay at home order, in-person signature-gathering came to a halt. State law says this is how signatures need to be collected in order to qualify for state ballots.

Groups like Reclaim Idaho weren't given another way to collect signatures to get their Invest in Idaho education funding initiative in front of voters. So they sued the state in an effort to get more time - and to allow for another option for signature-gathering.

His decision gave the state two options: Either certify the signatures Reclaim Idaho already collected and put their education funding initiative on the ballot or give the group 48 days to collect electronic signatures.

“The court's decision was really a victory for kids of Idaho, for the working families of Idaho,” Reclaim Idaho Co-Founder Luke Mayville said.

The lawsuit argued that it was impossible for Reclaim Idaho to safely comply with Idaho law that requires in-person signature gathering, while also adhering to the state's stay-at-home order, which was put in place to slow the spread of COVID-19.

“The state has a constitutional obligation to provide for a safe way to collect signatures,” Mayville said. “A safe way to petition our government.”

The group argued for more time to gather signatures - 48 days to be exact. They picked 48 days because this was the time that was lost. Reclaim Idaho abandoned their signature-gathering on March 18, and the deadline to submit signatures was April 30.

If the state goes this route, Reclaim Idaho would be allowed to gather electronic signatures through DocuSign.

State law requires groups to gather 6% of the qualified elector’s signatures at the time of the last general election. The signatures need to come from at least 18 of the state’s 35 legislative districts.

Reclaim Idaho has experience with statewide ballot initiatives; the group successfully got their Medicaid expansion initiative on the November 2018 ballot. It was overwhelmingly approved by Idaho voters, with 61% voting in favor of the initiative.

“We have a track record with the Medicaid expansion initiative which we spearheaded,” Mayville said. “We have a model for going out and running signature drives.”

That model though came to a screeching halt when the coronavirus pandemic started. Mayville told KTVB they didn’t really ramp up signature-gathering until the final six months of their allotted time. The state gives organizers 18 months or until April 30, whichever comes first.

“With a big ramp-up at the very end, once you get hundreds of hundreds of volunteers involved," he explained. "Once you get them very well trained and inspired by the deadline to get it done. Tragically, the pandemic struck right at the time we had built up the most momentum.”

However, following the judge’s decision. It now appears they will be given a second chance to get their initiative on the ballot come November.

“Because the right to petition our government is protected by the First Amendment of the United States Constitution,” Mayville said.

The initiative would raise about $170 million for K-12 education every year by raising some taxes.

Individuals who earn more than $250,000 per year or families earning more than $500,000 would see their income taxes increase.

The initiative would also raise the corporate tax rate from just under 7% to 8%.

“This kind of investment in education is more needed now than ever before if we want to have an economic rebound, we've got to invest in education,” Mayville said.

Reclaim Idaho claims its initiative is geared towards working Idahoans.

The state disagreed with Reclaim Idaho’s argument though. In court documents, they argued it was due to the organization’s voluntary choices and "dilatory conduct" that caused them to miss the deadline for the required signatures.

“This case turns on a series of choices that the Plaintiffs made: to gather signatures within a six-month timeframe rather than the generous 18 months permitted by statute,” the state's documents read.

Attorneys for the state also pointed out that Reclaim Idaho voluntarily quit gathering signatures on March 18. This was a week before the governor issued his stay at home order. Reclaim Idaho also didn’t file the lawsuit until June 6, which is more than a month past the deadline of April 30.

The state also argued against Reclaim Idaho collecting electronic signatures - a violation of the Idaho Constitution.

In mid-March, Reclaim Idaho approached the Secretary of State’s Office to ask for a special allowance for electronic signature-gathering, but a staffer for the office told them they lacked the authority to change the nearly 100-year-old requirement that signatures be collected in person.

In the court documents, the state argued that using DocuSign would overlook the “necessary component of in-person verification and changes the geographic scope of the initiative process from physical to virtual."

By switching to electronic signature gathering, there would be no opportunity for face to face interactions in legislative districts throughout the state and it would provide minimal opportunities for people to ask questions or have the initiative further explained to them. This would result in a less informed electorate, according to the state.

When issuing his decision, according to the Idaho Press, Judge Winmill said he didn't fault the secretary of state for enforcing the laws of the state. But by doing so, it conflicted with Reclaim Idaho's First Amendment rights, the judge said.

In a joint statement on Wednesday, Secretary of State Lawerence Denney and Gov. Brad Little said, "This decision is a surprising exercise of judicial activism. We plan to appeal this decision immediately."

KTVB also reached out to the Idaho Attorney General’s Office to find out how an appeal might impact the judge’s decision. The AG’s office did not have a comment.

The lawsuit and the judge’s decision only impacts Reclaim Idaho’s initiative. It has no effect on the minimum wage initiative or medicinal marijuana initiative.

A spokesperson for Fair Wage Idaho told KTVB they are not affected. The campaign said without the necessary funding to run an effective campaign, they feel they have a better chance of working to get the minimum wage raised nationally.