None of the recall efforts met the two requirements necessary to remove the board members. 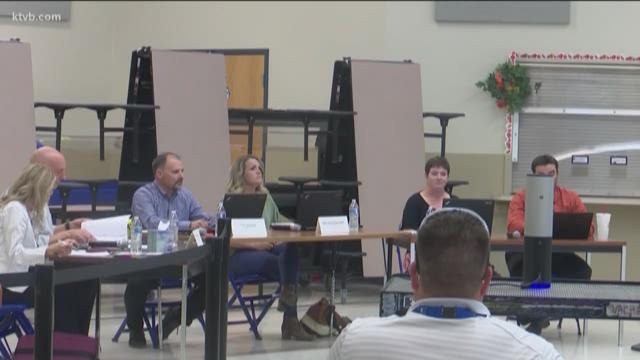 MIDDLETON, Idaho — Canyon County election officials say it's a situation rarely heard of in Idaho - three of five Middleton School Board members were up for a possible recall by their voters.

Polls closed down at 8 p.m. Tuesday and results started trickling in soon after, showing that each recall effort failed.

The three board members facing recall were Aleisha McConkie, Marianne Blackwell and Board Chairman Tim Winkle.

In order to be recalled, two criteria had to be met. First, each trustee up for recall had to receive the majority of votes cast Tuesday night.

Second, each trustee had to have at least as many people vote in favor of the recall as voted to originally elect that board member. That means Blackwell needed 67 or more votes, McConkie more than 120 and Winkle more than 175.

KTVB spoke to Winkle prior to the polls closing and he said regardless of the election results, he is hopeful the school district can now move forward.

“It’s been a long time getting here and I’m glad it’s finally here. Win or lose, stay or go, I hope this closes this chapter for Middleton and the town can heal and move on," he said.

The three board members on Tuesday's recall ballots will likely not be up for recall in the near future. State code reads that no other recall effort can be filed for the same officer during the same term, unless whoever is behind the recall pays for the cost of the entire election.

Efforts have previously been underway to recall a fourth board member, Kirk Adams. However, he had not served on the board long enough to be on the ballots in August. If enough signatures are gathered, he could potentially be up for recall in November.

The recall efforts came from two different parts of the Middleton community that wanted to get rid of certain board members. It all stems from a long debate over the board's decision to not renew Middleton High School principal Ben Merrill's contract in May.

RELATED: 'We just all need to remain calm': Middleton High principal talks about his dismissal, calls for civility