"This is an election, not a coronation, and Mr. Risch's sense of entitlement for this Senate seat is an insult to all Idahoans," Paulette Jordan said in a statement. 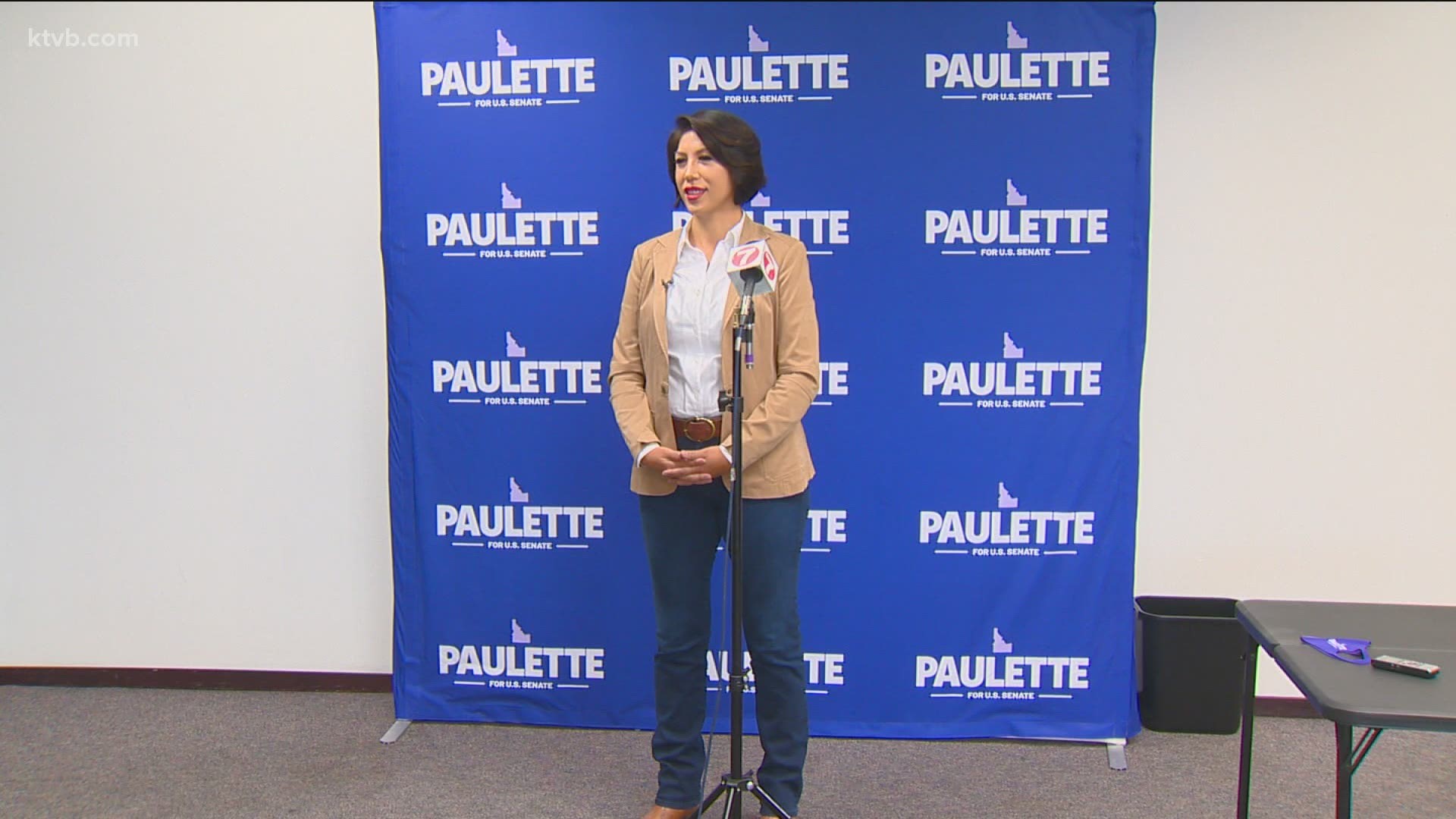 Jordan's campaign accepted the invitation for a one-hour primetime debate, which had been set to take place in October, but in a statement sent to KTVB on Monday, Risch's campaign chairman said the incumbent senator would not take part.

"We have had the opportunity to review the invitation you sent for a debate, along with the context of all the other invitations we have received," the campaign said in a statement. "We recommended to the Senator that he accept the Idaho Public Television invitation, as it fits best with our efforts to communicate and publish his views. As a result, we are going to respectfully decline your invitation, but want to thank you for the opportunity."

Jordan responded Monday night with strong words for her opponent.

"Senator Risch must be too scared to debate me live," Jordan said in a statement. "The senator has been dodging tough problems his whole career. This is an election, not a coronation, and Mr. Risch's sense of entitlement for this Senate seat is an insult to all Idahoans."

Because only one candidate has accepted the invitation to debate, KTVB will not be airing a debate for this Senate race.

However, we're still keeping tabs on the race up until election day, and will bring you the latest on-air and online at KTVB.COM.