A similar request failed by just 10 votes back in November. 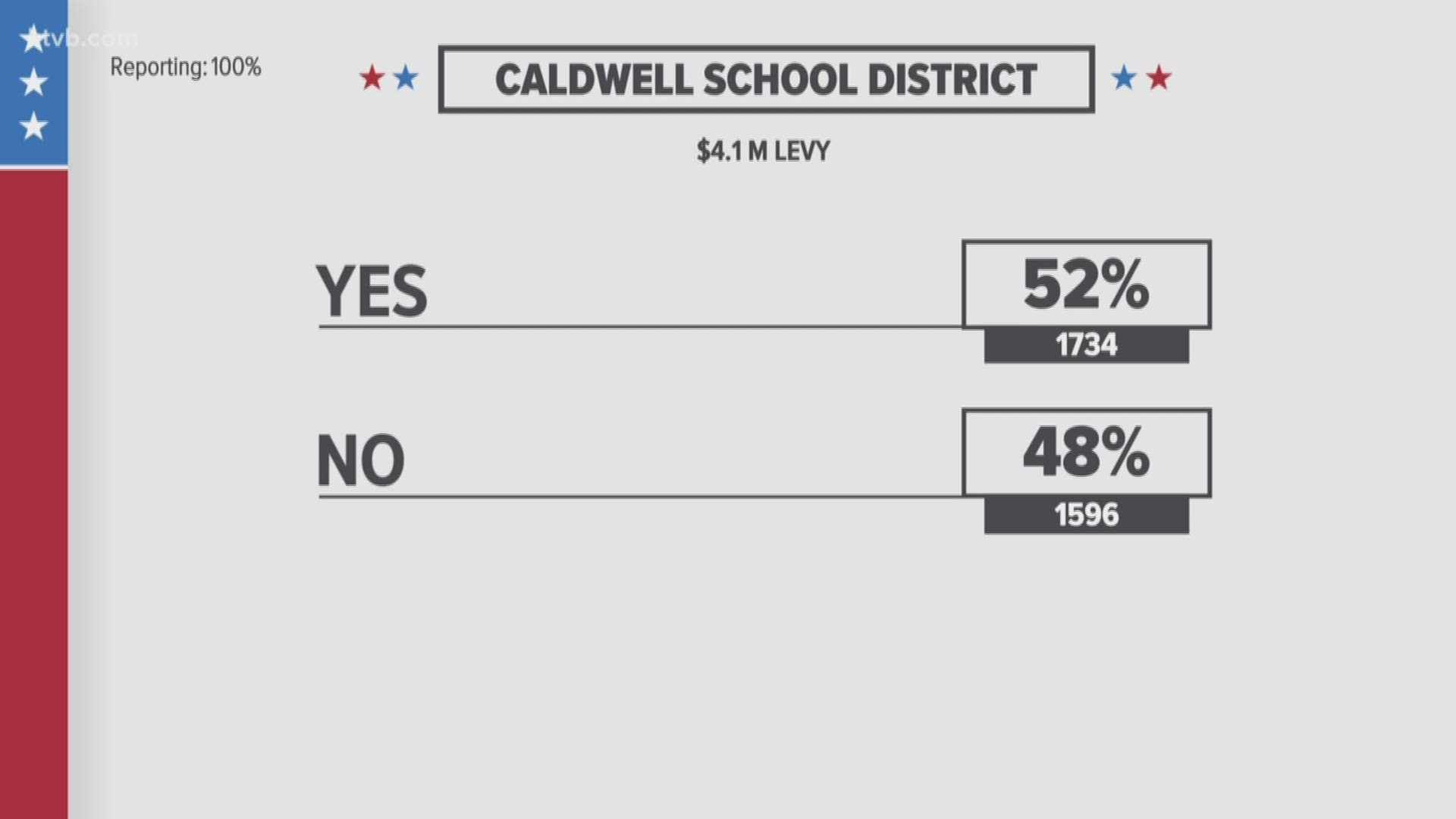 NAMPA, Idaho — After a narrow loss four months ago, voters on Tuesday approved a $25.8 million funding request from the Nampa School District.

With all precincts reporting early Wednesday morning, 56% of voters had given their approval for the two-year levy, which will bring in just under $12.9 million per year to the district, starting next summer.

A similar request in November failed by just 10 votes.

Nampa School District officials told KTVB back in November that they wanted to use some of the money to make repairs - including at some schools where the roofs leak into the hallways when it rains - and to increase security.

A portion of the money would have also gone to music programs in the district, and transportation for student-athletes.

After the failed levy in November, the school board voted in January to try again in March.

District spokesperson Kathleen Tuck told KTVB on Wednesday that, after the failed vote, officials spent some time talking with residents, and asking what they thought should happen next.

"And overwhelmingly people said,  'Do it again. I didn't vote. I didn't think it mattered. I was busy. I didn't go to the polls. Nampa has always passed these. I didn't think it was important,'" Tuck said. "And I think that showed in what we saw yesterday, we saw a lot more voters on both sides."

Nampa was one of four school districts in Canyon County to put $1 million-plus funding requests before voters on Tuesday.

Voters in the Caldwell and Vallivue school districts approved levies worth $4.1 million and $4.5 million, respectively.

It was a different story for the Middleton School District, however. Voters there rejected a $1.5 million request.

“As a board, we will look at all areas to determine where spending could be reduced, and we will need to decide whether we will ask voters to consider another supplemental levy on May 19th,” Board of Trustees Kirk Adams said.

Adams said the board will hold a special meeting next week to review those two options.