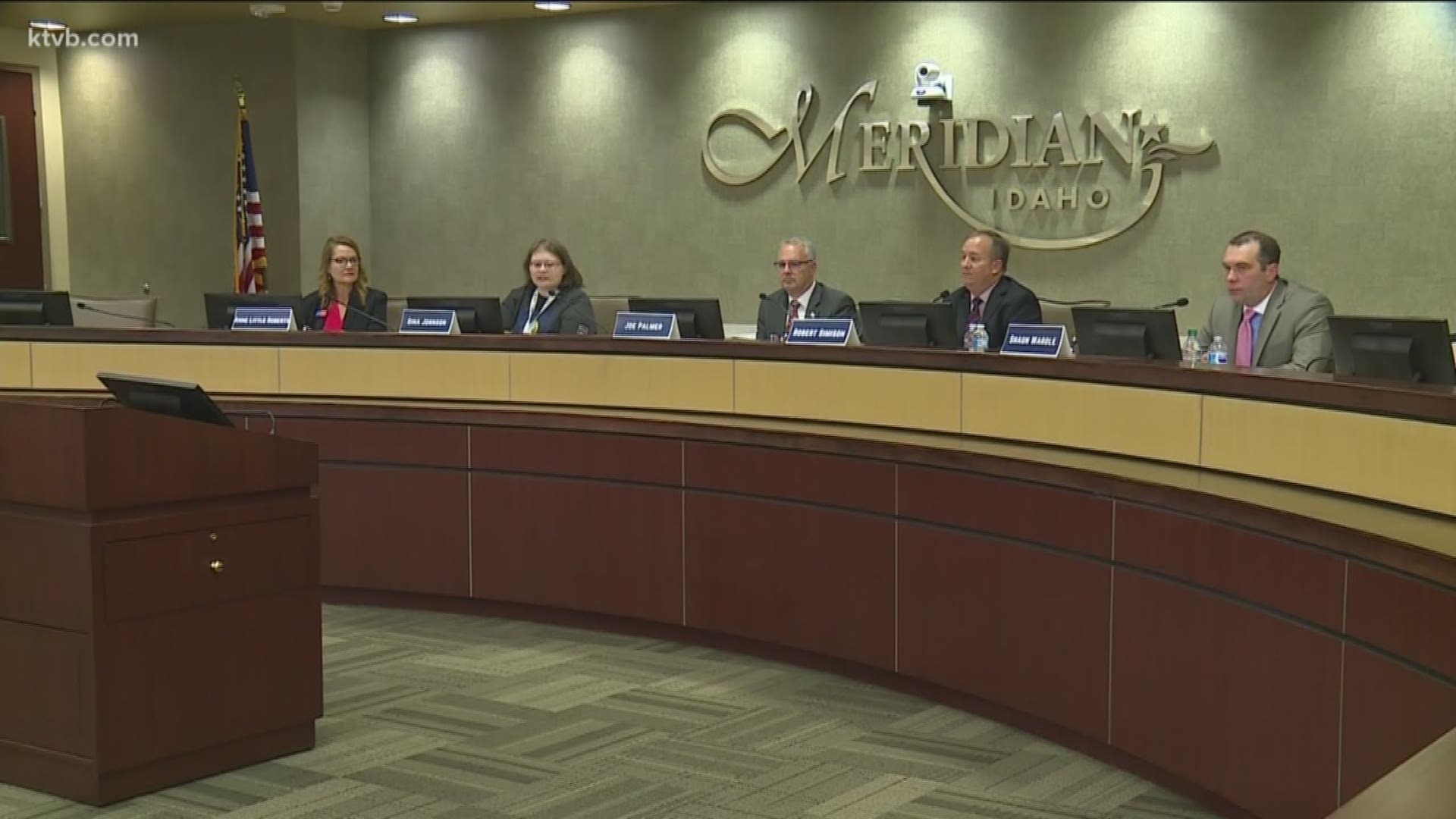 BOISE, Idaho — In two weeks, voters will decide a number of big mayoral and city council races throughout Idaho, including in the state's two largest cities.

Monday night, the spotlight was on Meridian, which will elect its first new mayor in 16 years. Mayor Tammy de Weerd announced her retirement earlier this year.

At a packed forum at City Hall on Monday, the public got a chance to hear from the candidates looking to become the city's next mayor and city council members.

All of the candidates were asked questions about their goals for the city, how they would accommodate continuing growth and traffic, and their vision for the city's budget.

The common concerns from council candidates were: improved communication between the city and its residents and looking at ways to make sure the city's budget is being used responsibly.

The five mayoral candidates agreed that transportation is a key issue and the city needs to be more proactive in working with state government agencies to get more funding to fix it.

When asked what they believe is the city's most serious challenge, growth was a common thread:

“It’s the fact that transportation has really slowed down," said candidate and current state representative Joe Palmer. "So traffic is a problem. It’s the most the important thing that everybody’s talking about. So that’s what we need to deal with first."

Candidate Robert Simison followed up Palmer's remark, saying he agreed transportation and traffic is the number one issue for the city, even joking he hoped Palmer would still be in the legislature when Simison became mayor so he could work with him and the state on improving transportation.

“They start with growth but when you drill down, it’s transportation," he said. "That’s what most people are upset about and see as a challenge so how do we go about solving it?”

Simison's solution is to find ways to be more fiscally responsible with the city's funds and invest more in necessary transportation projects.

“Growth in Meridian is out of control and I believe that is our greatest challenge," he said. "Growth brings traffic, increases crime, and is challenging our community.”

Anne Little Roberts, currently a City Council member and now running for mayor, agreed safety is a priority and adding more fire stations would be a top priority for her.

"Beyond that I think our biggest need to make sure we continue to be a safe city. We are seeing our response times because of the growth and the traffic getting longer,” she said.

The fifth candidate, Gina Johnson, said one thing she would focus on is improving technology. She stated she would like to see more technology capability come to Meridian to help improve service and internet speed in the Treasure Valley.

“Our internet isn’t usually one thing a typical candidate would address but I believe that is something we could bring to the valley,” she said.

You can hear each candidate's thoughts on growth, transportation, spending and much more in the YouTube video below.

Here is a full list of all the candidates: