Simpson and Swisher faced off for a seat representing Idaho in the U.S. House of Representatives. Follow along as we track the race with live updates. 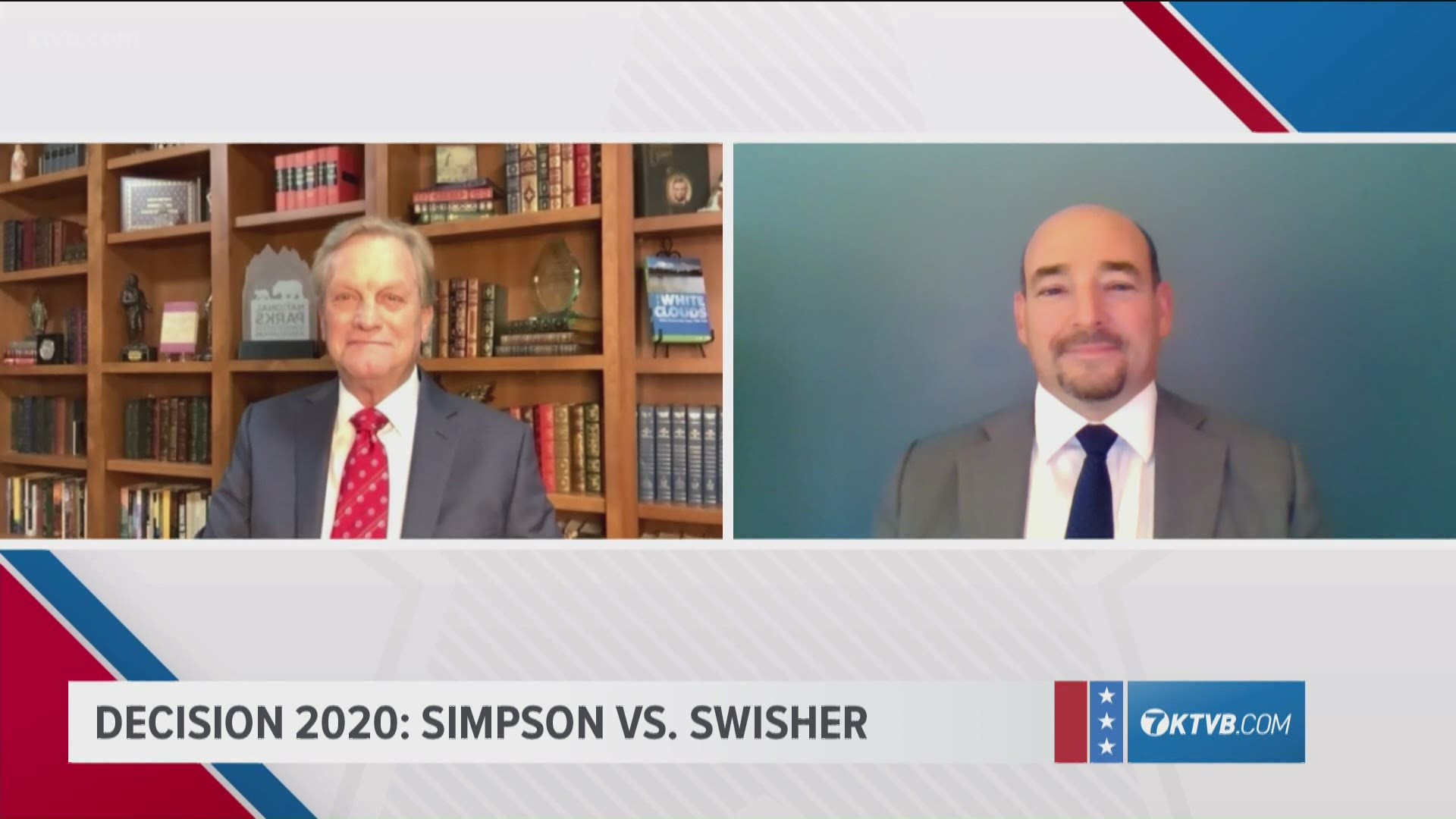 The Associated Press called the race for Simpson at about 10:45 p.m. Tuesday. By early Wednesday morning, Simpson held a 64% to 32% advantage over Swisher with 99% of precincts reporting. Two other candidates - Pro-Life and Sierra Law - picked up a combined 4% of the vote.

Swisher is an economist from Boise and was also Simpson's Democratic opponent in the 2018 midterm elections. In that election, Simpson beat Swisher 61% to 39%, with over 280,000 ballots cast.

The race is one of two Idaho congressional district races on the ballot. In the other, Incumbent Russ Fulcher (R-Idaho) defeateed challenger Rudy Soto.

KTVB will be closely tracking the House race and providing live updates on voter turnout, precincts reported and the projected winner.

To learn more about the candidates and their stances on hot-button issues, you can watch KTVB's congressional debate between the two.

KTVB will be closely tracking the Senate race and providing live updates on voter turnout, precincts reported and the projected winner. All Idaho polls close at 8 p.m., but results won't be available until after 9 p.m. mountain time since part of Northern Idaho is in the pacific time zone.

Bookmark this page and return after 9 p.m. to see live results in the U.S. Senate race. See comprehensive results for all other Idaho races here.

Who is Mike Simpson?

Simpson is a graduate of Utah State University. He also earned his DMD from Washington University's School of Dental Medicine. After graduating, he began working with his father and uncle at the Simpson Family Dental Practice in Blackfoot, his hometown.

Simpson became a congressman for the U.S. House of Representatives in 1999. He serves on the House Appropriations Committee and the Interior and Environment Subcommittee  He is also the Ranking Member for the Subcommittee on Energy and Water Development.

Simpson has also voted multiple times in opposition to the Affordable Care Act.

Who is Aaron Swisher?

Originally from West Virginia, Swisher moved to Idaho in 1993 to attend Boise State University. He received degrees in both economics and finance.

After graduation, Swisher worked at Micron Technology. Shortly after starting, he moved to the company's treasury department.

He has written two books. Resuscitating America: An Independent Voter’s Guide to Restoring the American Dream puts forth a comprehensive economic plan for recovery. His forthcoming book The Wealth and Poverty of Capitalist Nations suggests a new school of economic thought.