The former state senator won the City Council seat with 60% of the vote. 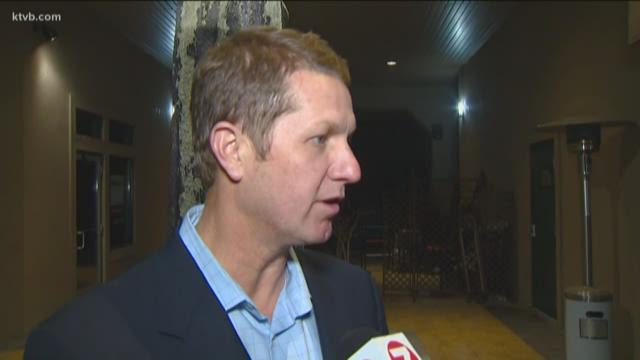 Caldwell voters have elected former Idaho state senator John McGee as the next Caldwell City Council member for seat six. McGee won with 60.73% of the vote in Tuesday's runoff election, while Evangeline Beechler received 39.27% of the vote.

In November's election, McGee received 39% of the vote, while Beechler had 31% of the vote. Several days following the election, City of Caldwell officials reviewed the city's ordinances and rules, consulted the Idaho Attorney General's Office, and found that a runoff election was required since no candidate had 50% plus one majority of the votes needed to win the city council seat.

The backlash that led to city officials reviewing their election ordinances was because of people contesting the election results, with people stating that none of the three candidates received an overwhelming majority of the vote.

McGee was in the Idaho State Senate until 2012, when he resigned because of sexual harassment accusations. He would later spend 39 days in jail because of it.

Beechler ran for the Idaho State Senate on the Democratic ticket but lost her race last year.

Canyon County officials told KTVB that the turnout for this runoff election surpassed the total turnout in the November general election. The county clerk confirmed 3,290 total votes in November and 3,418 total for the runoff - a difference of 128 votes.

“It’s really been kind of an up and down few months for my family and me," McGee told KTVB. "There was an election we won – we thought we won – and then another campaign for a month and then tonight, for the second time the people of Caldwell have said, ‘Yes, we want you serving in that position.’ And so we feel really affirmed by that vote.”

When asked if his past history with the Legislature is a concern moving forward in his new position and working with the community, McGee said no. He believes the overwhelming majority of support from the voters speaks for itself and that they want him to be a part of Caldwell's future.

Moving forward, McGee plans to focus on growth and make sure the city is handling it responsibly. He said housing costs is also an important issue that will need to be addressed for Caldwell to have a successful future.

He tells KTVB he and his wife are "thrilled and humbled" by the voters' support and for the citizens giving them the chance to serve the community.

The Canyon County Clerk also told KTVB that the City of Caldwell plans to amend its ordinance to allow for a candidate to win with a simple majority and avoid future runoffs.