Dr. Jo Jorgensen is one of seven candidates who will appear on Idaho ballots Nov. 3. 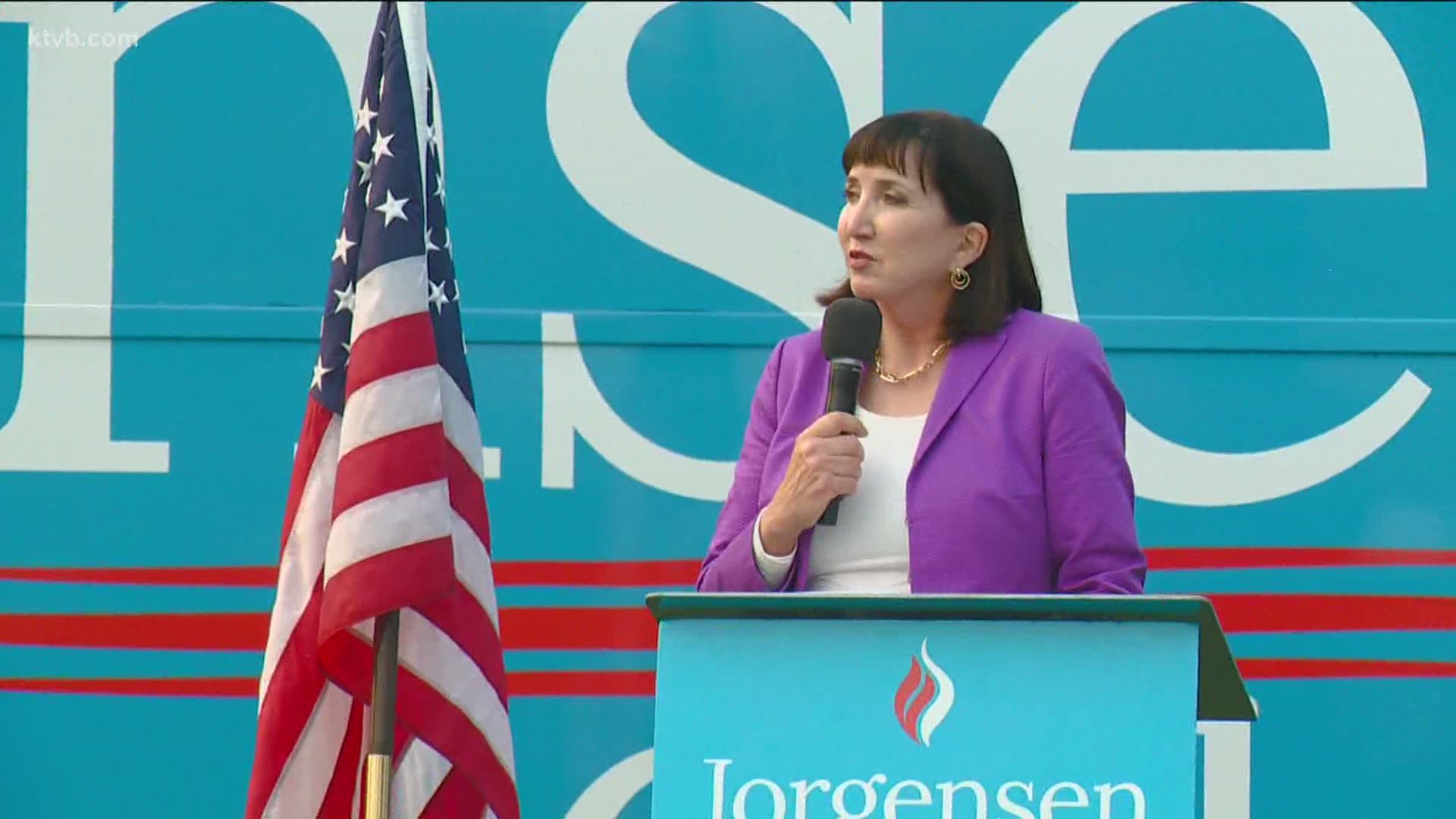 MERIDIAN, Idaho — The Libertarian Party's nominee for U.S. president spoke to voters in the Treasure Valley on Wednesday.

Dr. Jo Jorgensen is one of seven candidates who will appear on Idaho ballots Nov. 3.

Jorgensen, who teaches psychology at Clemson University in South Carolina, says she is looking to shake up the race by winning voters who don't want to vote for Joe Biden or Donald Trump.

She told the crowd who had gathered to listen to her that she was in favor of "minimum government and maximum freedom."

"I see America through my grandmother's eyes, a place where the rights of the individual are greater than the power of government," she said.

She said she is appealing to moderate Republicans who are not satisfied with the last four years.

"In Idaho, it makes it really easy for you guys, because Trump's gonna get the electoral votes anyway," she said. "So if you vote for Trump, that's a truly wasted vote if that's not what you want. If what you want is different, vote for me to send a message, because he's going to get Idaho's votes anyway."

RELATED: Idaho has 7 candidates on its presidential ballot, including Kanye West

Gary Johnson, the Libertarian Party candidate on the ballot in 2016, received three percent of the popular vote.

Jorgensen will make another campaign stop Thursday evening at at Russ Freeman Park in Idaho Falls at 5:45 p.m.