Idahoans tune into final presidential debate before the Nov. 3 election

Republicans hosted a watch party at the Terrace Drive-in in Caldwell. Democrats didn't host a watch party but instead worked on get-out-the-vote efforts. 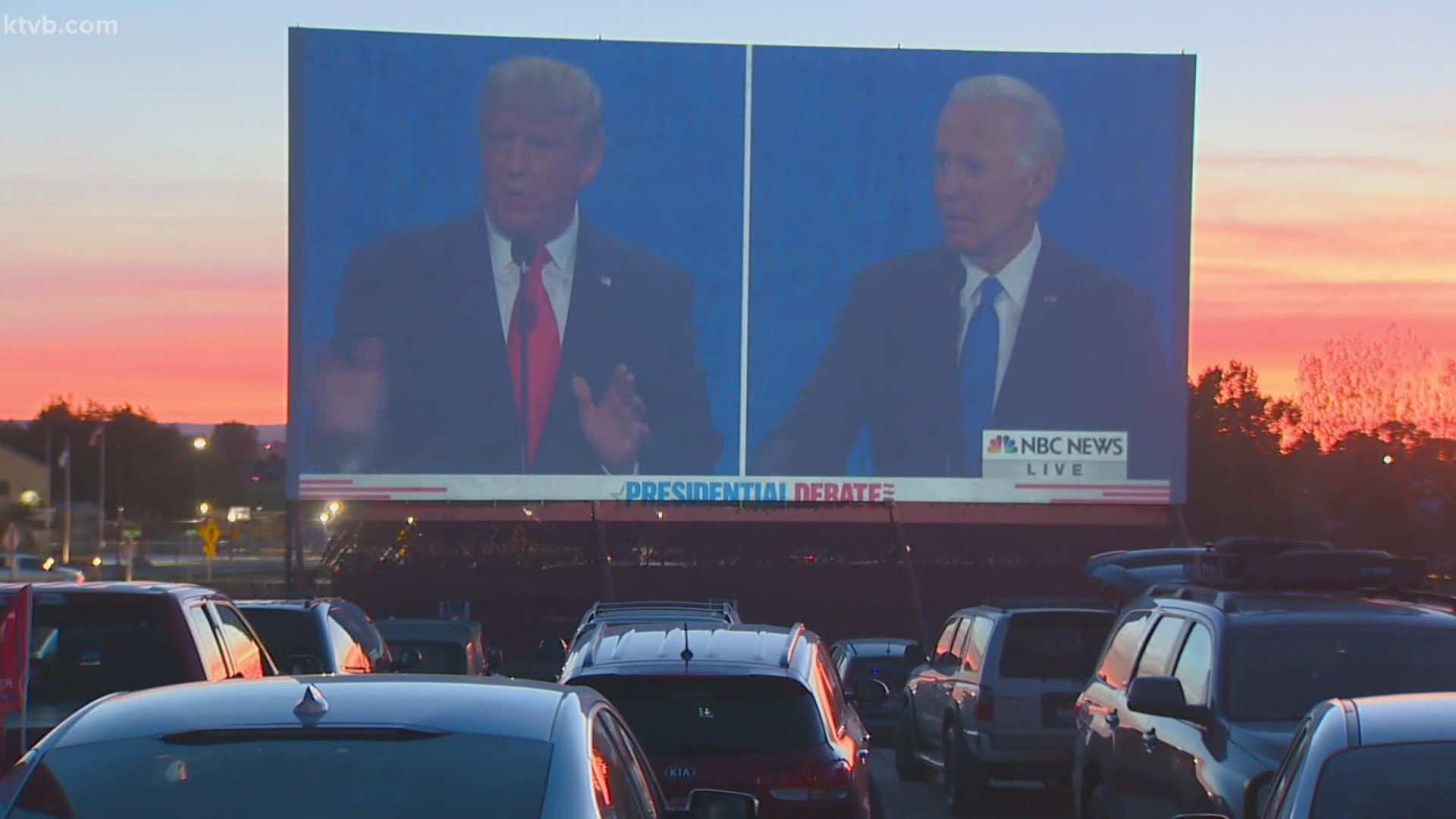 ADA COUNTY, Idaho — Dozens of Republicans showed up at the Terrace Drive-In theater in Caldwell to watch Thursday's second and final presidential debate on the big screen. It was the second time people showed up at the drive-in to watch a debate.

Meanwhile, Democrats did not host a watch party this time around. Instead, they worked on a get-out-the-vote effort.

In Caldwell, many cars lined up to watch the debate as if they were getting ready to watch a classic Halloween movie. The event was hosted by KIDO radio host Kevin Miller, who was broadcasting live from the debate watch party.

The reason the drive-in theater was selected was so Trump supporters could watch the debate while also social distancing - to prevent the spread of COVID-19. Some enjoyed the debate from the beds of their pick-up trucks, while others fired up their barbecue grills.

KTVB spoke with the first vice-chair of the Idaho Republican Party, Machele Hamilton, about if she thought this debate could change minds.

“I feel like most people have made up their minds by now so it's basically just pure entertainment at this level,” she said. “The best thing we can hope for is that Biden is made to look bad and maybe just the few swing voters that are left, and I don't think there's that many, maybe a few of them that really didn't know what they were going to do might see he's not the person he claims to be.”

While that watch party was underway, the Idaho for Biden campaign was working hard on get-out-the-vote efforts. There was no watch party. For the first debate, they held a watch party at the campaign headquarters for campaign staff only.

Idaho for Biden communications director, Robbie Bowen, spoke with KTVB prior to the debate. He said people were going to see a statesman versus a showman in the debate. Like Hamilton, he agrees that most people are already decided.

“I do think that a lot of people have made up their minds but there are people that are undecided, and this is the last major opportunity for both candidates to reach them in a nationally-televised audience,” he said.

Election day is now less than two weeks away.  Friday is the deadline to request an absentee ballot in Idaho. People can head out to the polls and vote early, or of course, wait until election day itself.

For a look at all of the races on local ballots, as well as a wealth of voter resources, check out KTVB's Voter Guide.