The live debate was originally on schedule to air Monday, October 12. 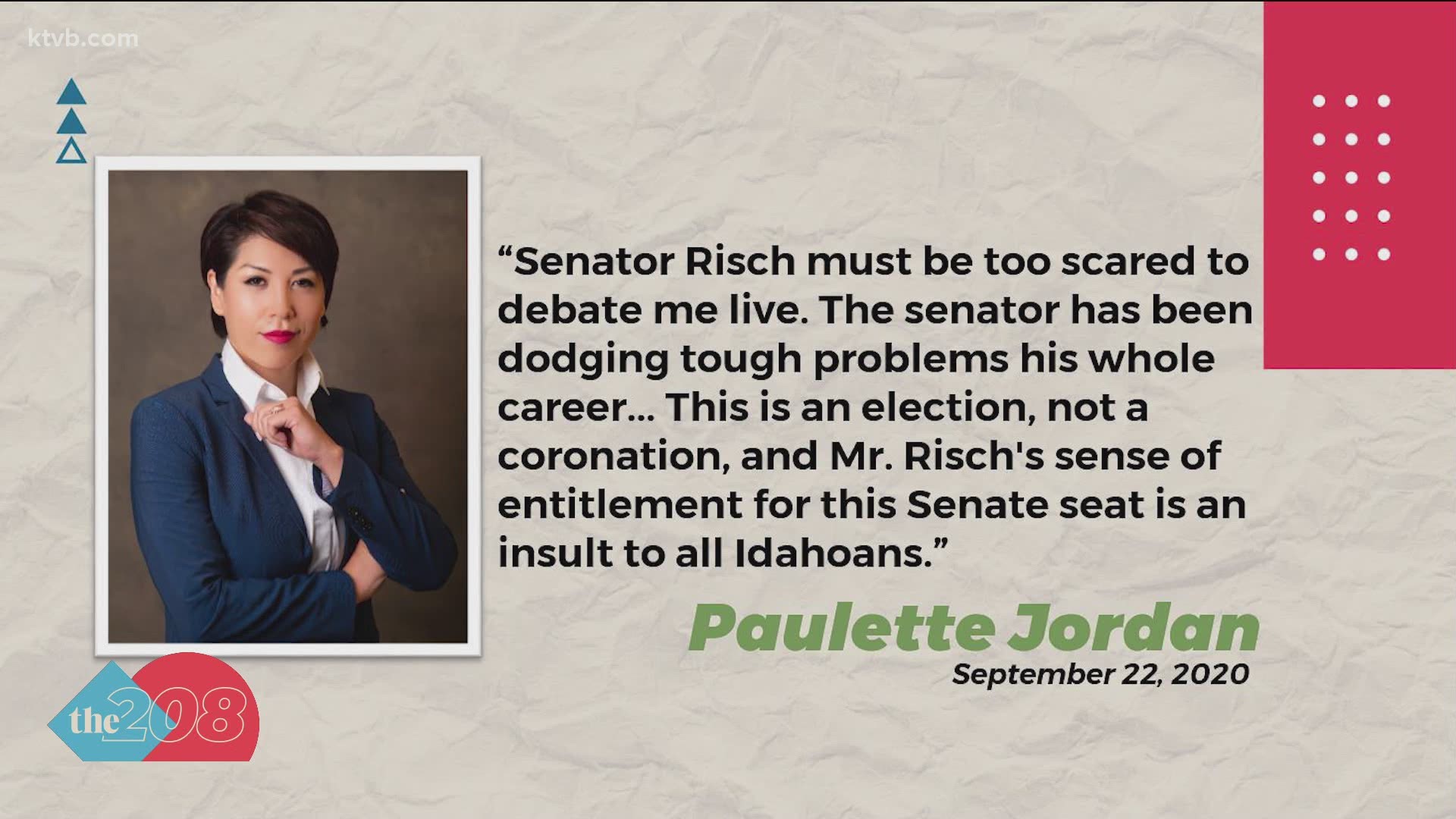 BOISE, Idaho — KTVB is dedicated to ensuring Idahoans have all the information and context they need before they cast their ballots.

With less than one month until the 2020 general election, Congressman Fulcher has declined an invitation to participate in a live debate on KTVB.

Staff from the station reached out multiple times for clarification on the reasoning for declining but we have yet to receive a definitive reply.

Soto accepted the invitation for the opportunity and was informed that the event had to be canceled Monday. He issued the following statement:

"Russ Fulcher doesn't think he's accountable to the voters of Idaho. Instead he acts as a corporate shill, as evidenced by his campaign contributions. If he had to face me in a public forum, the people of Idaho would quickly learn he has no plans to improve healthcare affordability, education, or environmental protections. His ducking of the debate is an act of cowardice, disdain, and deep disrespect to the citizens of Idaho's 1st District. As a veteran, I believe we need leaders who aren't afraid to be accountable for their actions and stand up for those they serve even during tough times. I urge Rep. Fulcher to reconsider and act with the utmost courage and candor that voters deserve."

Jordan accepted the invitation for a one-hour debate that was set to take place in October, but a statement sent to KTVB from Risch's campaign chairman said the incumbent senator would not participate.

Although incumbents Risch and Fulcher have declined to debate their challengers, KTVB is hosting a debate with Rep. Mike Simpson (R-Idaho) and Democrat Aaron Swisher, candidates for Idaho's 2nd congressional district.

Swisher is running for a second time against incumbent Simpson, who is currently seeking reelection for his 11th term in the United States House of Representatives.

The debate between Simpson and Swisher is set for Wednesday, Oct. 14 at 7 p.m. You can watch is on Idaho's Very Own 24/7, KTVB.COM or the KTVB YouTube channel.