After May's mail-in-only primary, the Secretary of State's Office hopes to return to some normalcy with in-person voting options in November. 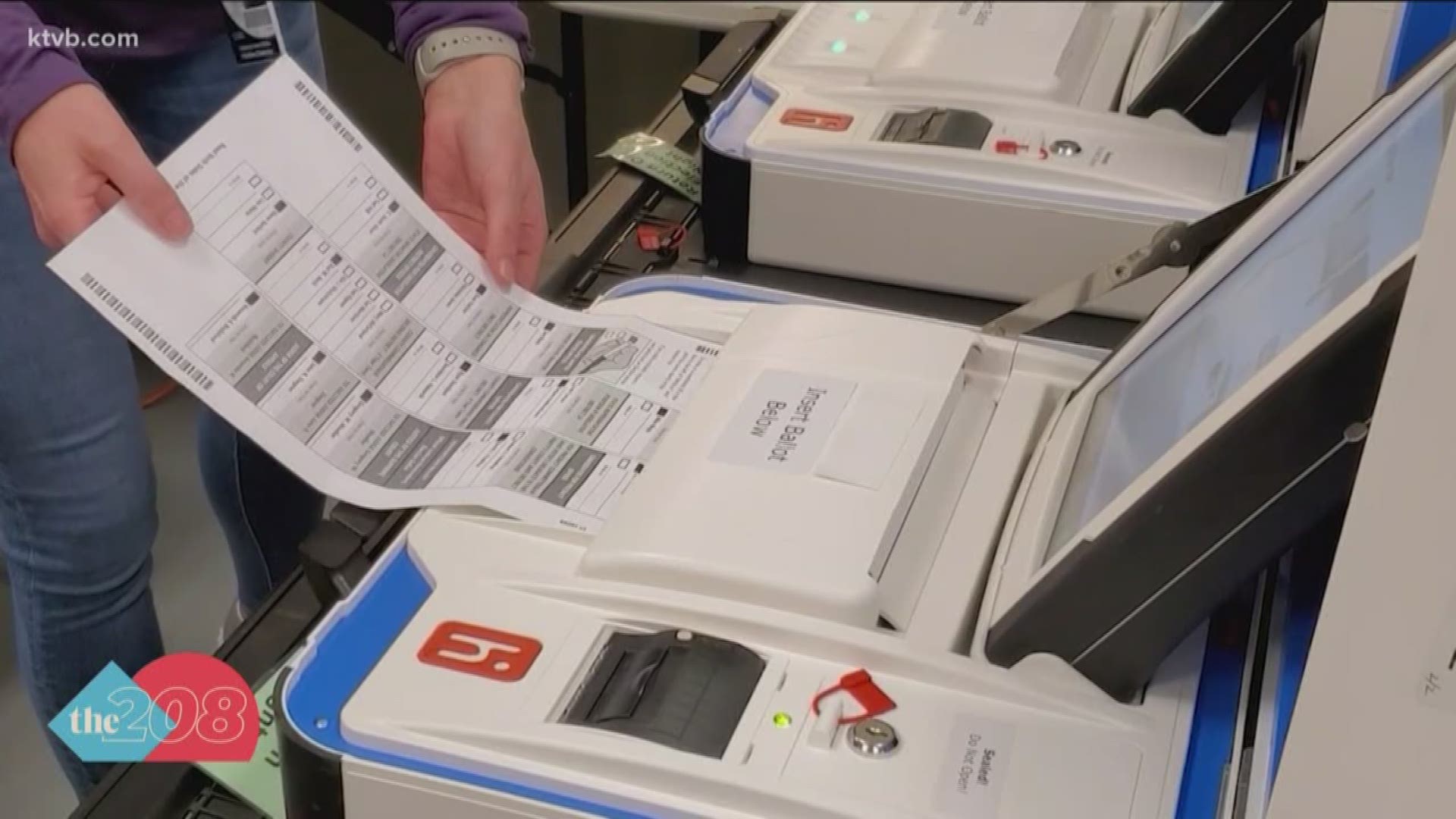 BOISE, Idaho — The headline for the 2020 Idaho primary was the record-breaking voter turnout.

The Secretary of State’s Office reports a turnout of almost 37% of Idaho's 906,877 registered voters. That’s a jump of 13% from the same election cycle four years ago.

Getting through the May primary wasn’t easy though.

“One of the largest elections we’ve ever had in the state of Idaho. In terms of a primary, the largest,” said Chad Houck, chief deputy secretary of state. “The election itself was a tremendous challenge.”

According to Houck, county clerks deserve a lot of credit.

“It was a tremendous logistics nightmare to be perfectly honest, and they weathered it phenomenally,” he said.

For perspective on just how big of a task the primary was, look at the presidential primary held back in March.

“We only had 25,000 ballots requested statewide," Houck said. "So to go from 25,000, and the logistics and infrastructure it takes to put those out, and in only 65-68 days transition to over 429,000 absentee ballots going out the door, that is a tremendous logistical change."

With all of those ballots going through the mail, a concern through election day was voter fraud.

“We don’t have any kind of those scenarios that have been reported to us at this time, nor have we really, in all honesty, had those for the last 20 to 25 years when you look at statistics,” Houck said.

The next election day on the calendar in Idaho is August 25. Not all counties have something on the ballot that day, but those that do will have the option for a more traditional vote.

“We are still anticipating, for August, having polling locations open,” Houck said.

Looking ahead to the November election is tough, but officials have an idea of what they hope it looks like.

“Going forward to November hopefully we will have polls opened," Houck said. "That’s our goal and objective and we are starting to work towards working on that to make sure those options exist."

To help make that happen though, counties will need a lot of volunteers to help. Traditionally, Houck says poll workers are in the 65+ age demographic.

Many of those volunteers have notified county clerks they aren’t comfortable working in-person. So, they are calling on Idahoans for help.

“Those individuals that were so adamant that we had to have a polling location open, were going to ask you now to help us make that happen," Houck said. "You need to contact your county clerk and let them know that you would love to work as a poll worker."