'It was a huge benefit': Idaho Legislature's special session bill pays off during presidential election

The legislature passed a bill that allowed county clerks to open and scan absentee ballots a week early. 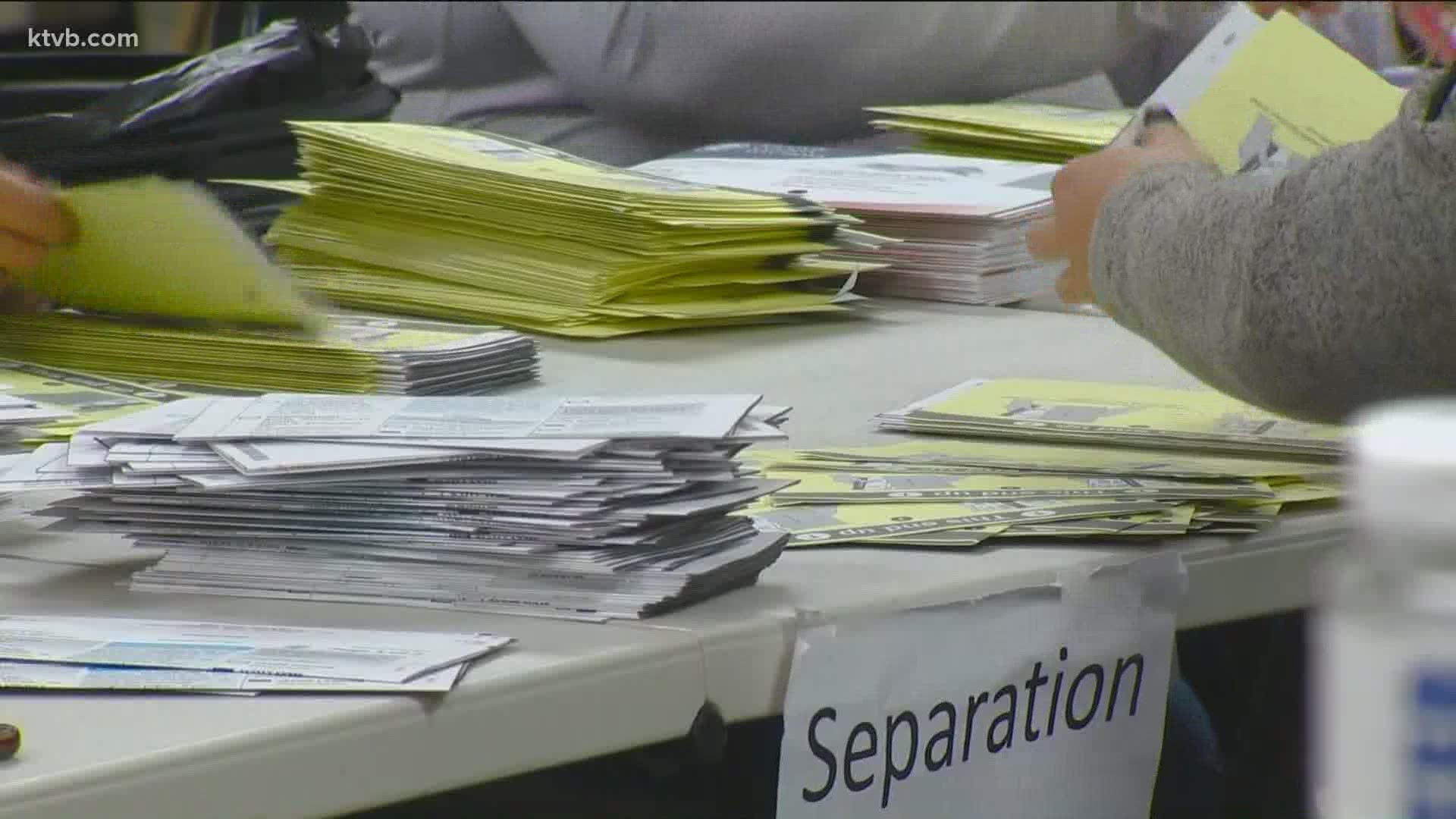 CANYON COUNTY, Idaho — As ballot-counting continues in several battleground states, Idaho's election results were counted on time this year, even with a record turnout.

The state legislature passed a crucial bill during its 2020 special session that allowed county clerks to open absentee ballots up a week early for processing, saving workers a lot of time on election day.

In Canyon County, around 38,000 voters decided to vote absentee. Joe Decker, a spokesperson for the county, said election workers spent a majority of last week opening those ballots up and getting them ready for counting on election day.

“I think credit goes to the special legislative session,” he said. “Which in their bill allowed counties to start opening and scanning the absentee ballots a week prior to election day.”

Decker noted that the county finished counting all of its ballots early Wednesday morning, sometime after midnight. That likely wouldn't have happened without action by the Legislature.

“Without that, we would probably would have been into Wednesday morning or maybe Wednesday afternoon before we had our results tabulated,” he said. “So, it was a huge benefit."

If the legislature didn't pass the bill then Canyon County and likely other county clerks' offices would’ve needed more workers to help with the tedious process.

“If we had to do that on election day, we would've had to triple our staff, probably double-triple our staff to get all those ballots opened to get them scanned,” Decker said. “We only have a limited number of scanners so it would've taken a considerable amount of time.”

Altogether, there were more than 421,000 absentee ballot requests statewide.

Other states like Pennsylvania, a major swing state where poll workers aren’t finished counting ballots as of late Thursday night, didn't pass a bill like Idaho did.

“You look at the states that didn't do that and it's a kind of disservice to their elections offices or ballot counters,” Decker said.

Idaho Gov. Brad Little also praised the Legislature at a GOP press conference on Wednesday for passing the bill.

“As we all anxiously await the results of the election in other states, one of the things I think is of note is what Idaho did to prepare for this,” he said. “The clerks, secretary of state, what we did, we are teaching America how to count votes and count them on a timely basis.

"Maybe somebody will take a page out of our playbook," he added.