Idaho Legislature getting a little more red after Tuesday's election

Republicans picked up two seats in the Idaho House. There were no gains in the state Senate. 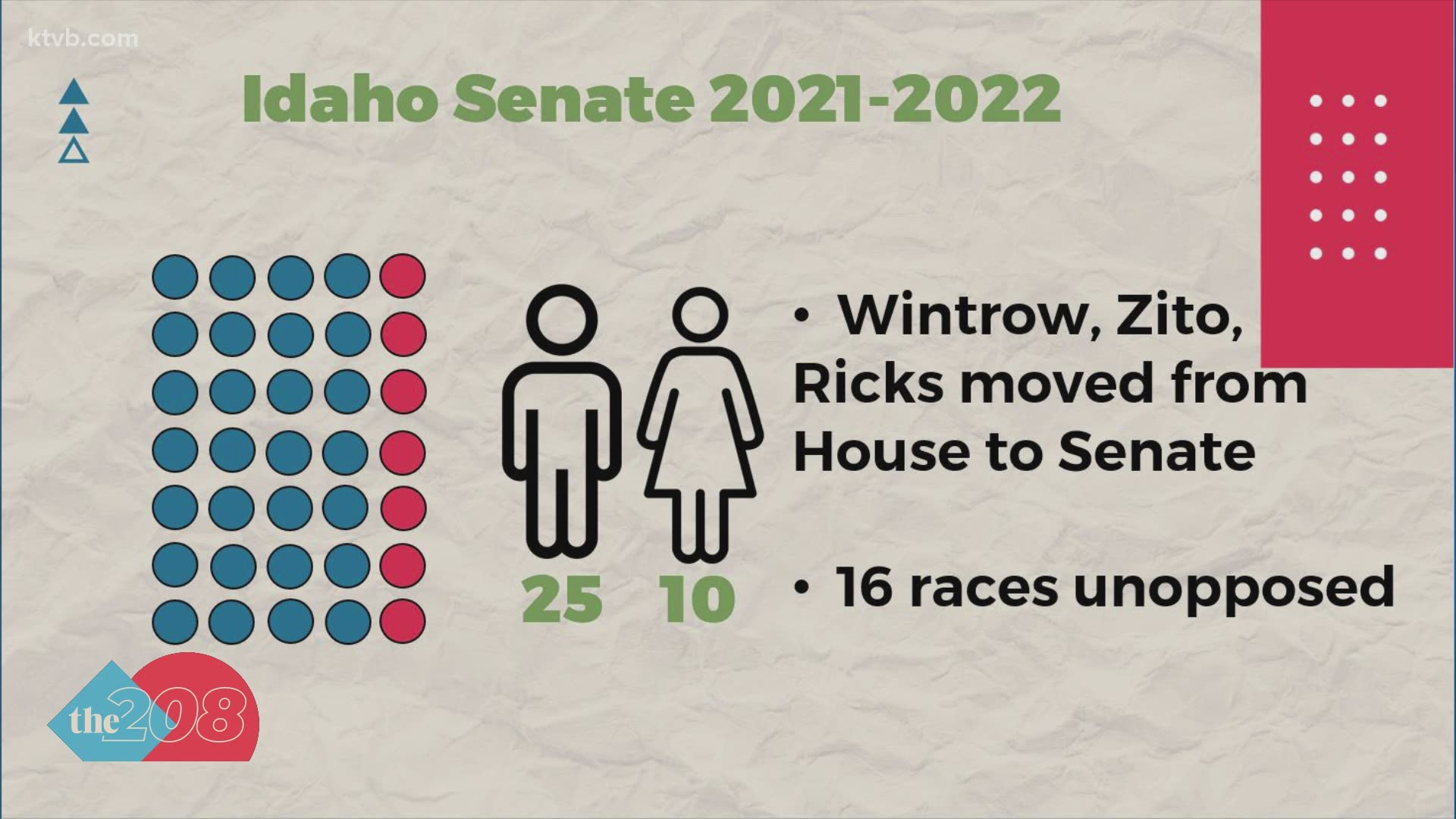 BOISE, Idaho — The Idaho Legislature is one of most Republican-dominated statehouses in the country. It's about to get redder.

Not much is changing in the Idaho Senate where 29 of 35 senators won reelection Tuesday.

Of the six seats remaining, three were up for grabs as senators Maryanne Jordan, Cherie Buckner-Webb and Brent Hill all retired after the last session.

Those seats will be filled with familiar faces who will make the short trip across the rotunda from the House chambers -- Melissa Wintrow, Christy Zito and Doug Ricks.

The makeup of the Senate will remain unchanged with 28 Republicans and 7 Democrats.

The gender gap did shift slightly, with the addition of Christy Zito, meaning there are now 25 men and 10 women in the Senate.

Democrats in the Idaho House of Representatives lost two seats. There are now 58 Republicans and just 12 Democrats.

In total, there will be 17 new faces in the House.

Of the 70 seats up for grabs, 28 were won in unopposed races.