Samantha Robson submitted the winning design even though she is not old enough to vote. 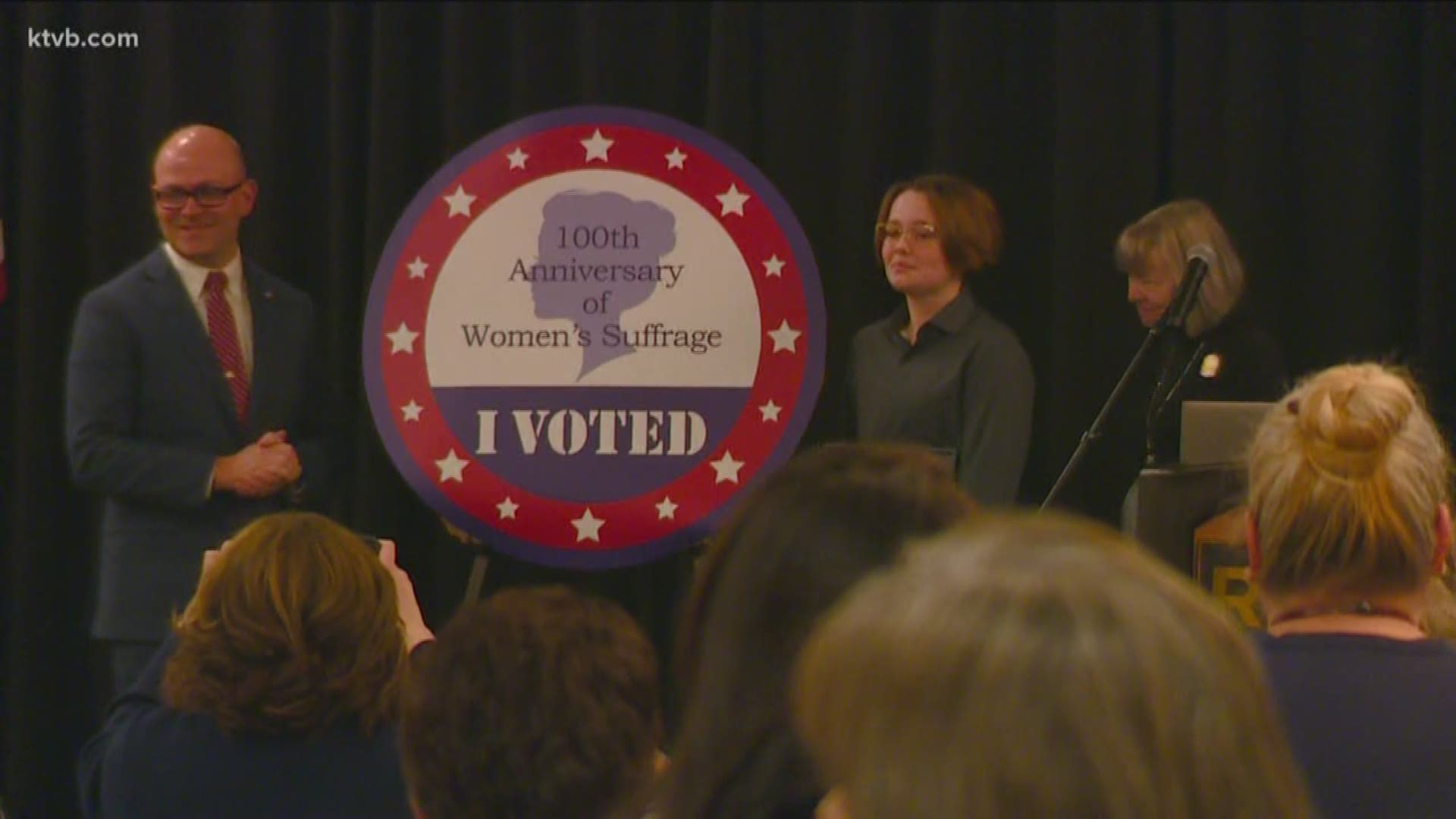 BOISE, Idaho — When people leave their polling places this year, they'll do it wearing the "I Voted" sticker design of Samantha Robson - a junior at Kuna High School.

Last year, more than 100 people submitted designs for this year's "I Voted" sticker meant to commemorate the 100th anniversary of women's suffrage.

The winning sticker was revealed Wednesday during a ceremony at the Riverside Hotel in Boise.

"It feels good, but it doesn't feel real," Robson said. "When I first got the call that I had won, I was almost worried there was a mistake."

Credit: KTVB
The winning design for the "I Voted" sticker design contest.

It was months ago that Robson's graphic design class was given the assignment to make a submission to the contest.

Her teacher, Sandra Wheeler, tells us at first, Robson was resistant about completing the project but still worked hard to get every detail perfect, down to the very last star.

“Sam was putting hers together and she kept having issues with, she didn't like how her stars were spaced, so she had quite a few class members over there helping her space her stars out,” Wheeler said. "She did not want to do it and even after her design was done she was like ‘This is horrible, I don't want to turn it in,’ and I was like ‘You're going to turn it in.’ And then she was super excited and thrilled when she found out she won.”

Every voter in Idaho will be handed one of these commemorative stickers, but Samantha won't be one of them.

She tells us she isn't old enough to vote this year, but she'll make her sister pick up a sticker for her.

The contest was sponsored by the Idaho Association of County Recorders and Clerks and Idaho Women 100.