With the November 6 election closing in fast, three people left the Jordan campaign last week. It's not the first time members of her staff have exited before an election. Jordan's acting campaign manager says this latest shake-up was planned. 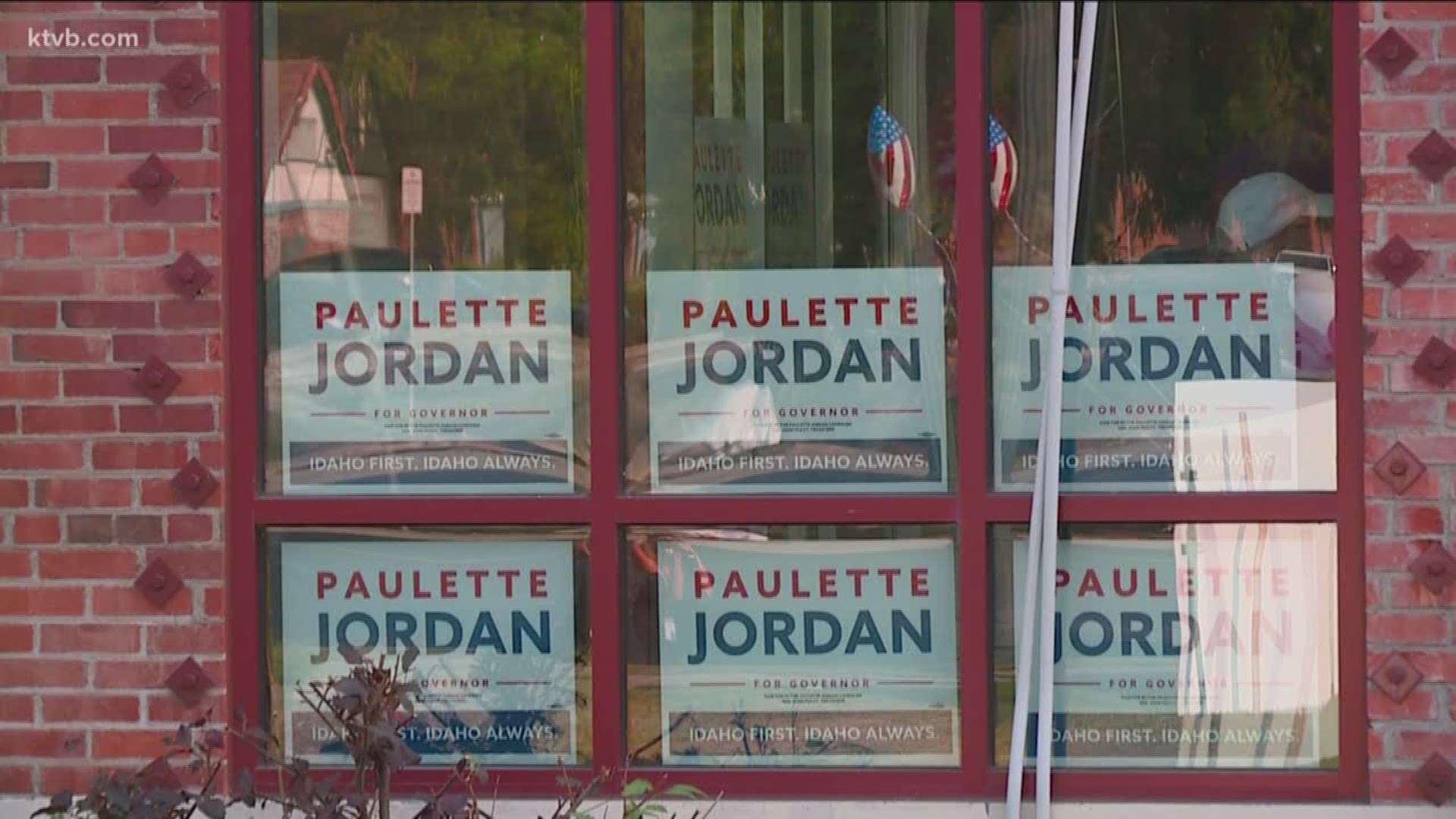 BOISE — With Election Day about a month and a half away, it's crunch time for candidates.

You may recall that two staffers left Jordan's campaign just days before the primary election in May, as well, highlighting quite a bit of turnover over the last four months.

“We just need people who are up to the standards we have in terms of Paulette's passion and things she cares about,” Jordan's senior campaign advisor and current acting campaign manager, Nate Kelly, told KTVB. "Really it's not about staff, it's about the campaign, it's about Idaho. It wasn't - from our end - a disagreement but obviously it ended up being a little bit blown out of proportion, I guess."

Kelly is leading the transition to bring in new leadership and grow their staff. He says it was something they planned for, but what they didn't anticipate was the staffers sending out a press release to announce their departures.

“I think there was a disagreement in terms of how they wanted the message shared. They made it about them and obviously this isn't about them," Kelly added.

Kelly says they planned to let go and phase out the three staffers over a couple weeks as the campaign hired eight new people. He says they needed something more.

“They helped in terms of setting up what we needed to do but this is about execution and we just needed to grow beyond them," Kelly added. "We needed new leadership. That's just the reality, this is a growing campaign."

"We needed to bring in new blood and people with a little bit more experience at the management level in growing a statewide campaign," he added.

Jordan's campaign didn't plan for the departing campaign manager, communications director and scheduler to announce they were leaving before the campaign could.

“We were hoping that they would stay and help us with the transition,” Kelly said. “We hadn't finalized the transition yet. That's where we wish we had done that a little bit more smoothly.”

The shake-up last week sparked some concerns over the inner workings of the Jordan campaign.

"Obviously the way it was released it made it seem like we were losing people when actually we were gaining people,” Kelly added.

"There are, of course, people who are worried about the turnover but I've also seen a lot of people online and calling into the office who are still very supportive of her,” Idaho Democratic Party Political Director Shelby Scott told KTVB.

The Idaho Democratic Party says they're in constant communication with Jordan's team to make sure they have what they need to succeed.

“We have to just take hiccups as they came and just keep moving forward,” Scott added.

We asked: This close to election is it normal to have turnover like this?

"Not usually. Sometimes we'll see campaigns re-tool and change up some staff after primary election so before moving to general work on new issues want to focus on new directions,” Dr. Kettler responded, "It' is pretty unusual for it to be about a month-and-a-half out from the election to see this type of turnover."

Bringing in all new staff, Kettler says, could be a setback.

“It takes time; you have to hire new staff, get them on board, you have to catch them up and get them, you know, rolling. So you do lose some time,” Kettler added.

That potential delay being the biggest bump in the road.

“But it may, potentially for some voters, be a signal of turmoil or concerns about leadership for those who are paying attention,” Dr. Kettler said. “For political observers it's like, oh wow, this is kind of a big event. But there’s always a question on how much of this is actually going to affect voter decisions.”

The former staffers signed non-disclosure agreements, so they couldn't discuss anything with the media related to the campaign. Kelly says everyone signs an NDA when they're hired as a part of the on-boarding process to protect strategy and private, sensitive information, and so the campaign can control messaging.

"The whole point is that we control the message and it's not to hide anything and it wasn't done after the fact," Kelly told KTVB.

"It's not something I've heard of frequently before," she said. "It will be interesting to see if this is a trend in campaigns and how that might affect what we learn about campaigns down the road."

Campaign leadership with Jordan's opponent, Brad Little, says they do not have non-disclosure agreements.