These are the most common reasons absentee ballots are rejected in Idaho, according to election experts 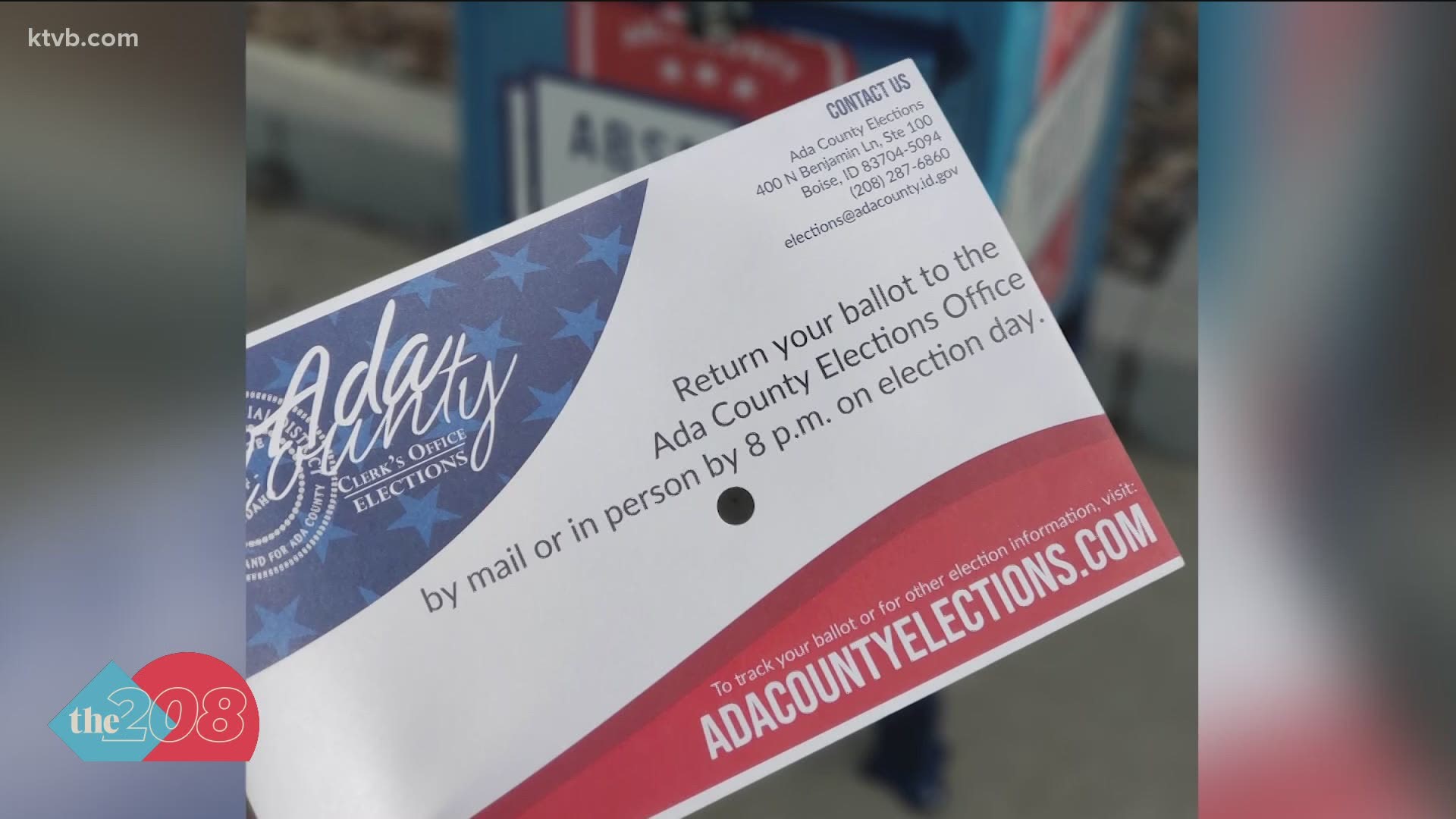 BOISE, Idaho — For weeks Idahoans have asked when they can expect to receive their absentee ballot for the November election.

Wednesday, some Idaho counties started to mail out ballots, including Ada County, which sent out a large batch.

“We are mailing out 115,000 of them today, it’s really the kickoff to the election that people are now voting and getting their ballots over the next few days,” Ada County Clerk Phil McGrane said, adding that his staff worked for weeks to assemble the ballots.

In anticipation of ballots arriving, we’ve received a lot of viewer questions about how to properly cast an absentee vote. For some, this election marks the first time some voters are going through the absentee process.

Your absentee ballot packet will include a few components: instructions, the ballot, a secrecy sleeve, and the return envelope. After filling out the ballot, follow these steps:

“When the voter is returning their ballot, they should stick it in the secrecy sleeve and then they can return the ballot in the envelope," McGrane said. "Here in Ada County, there is already prepaid postage on those return envelopes but before putting a ballot in the mail or in one of our drop boxes, it’s really important that the voter signs the affidavit on the back. That is the part where the signature verification comes in.”

During the presidential debate Tuesday night, there was a conversation about absentee ballots being rejected. Deputy Secretary of State Chad Houck told KTVB that, in Idaho, that happens for two main reasons.

“The first and foremost, the one that happens more than not, is that the elector simply forgets to sign the outer envelope altogether and in those cases depending on how early they get those back to the clerk’s office at the county, the clerk will often have an opportunity to get a hold of that voter either by utilizing their phone number if they have it on file or by writing a letter to that elector,” Houck said.

The other major reason ballots are flagged:

“Number two, very closely related, is not following the correct procedure," Houck said. "By correct procedure I mean, one ballot in one secrecy envelope, inside one return envelope, sealed and signed by the voter who appears on the outside of that envelope."

RELATED: We asked some of your November election questions during KTVB's virtual town hall

Mistakes can often be attributed to ballot mix-ups at home.

“Husbands and wives, for example, where the envelope gets transferred between the two and maybe the husband signs the wife’s envelope and returns his ballot in it or the wife signs the husband’s ballot and returns it,” Houck said.

Any mistakes need to be corrected by election day.

“It’s got to be resolved and properly formatted by the time it comes in at 8 p.m.,” Houck said.

Ballots being flagged is very rare. During the May primary in Ada County, for example, even with a record amount of mail-in ballots, less than 1% of ballots had issues.

There are several ways voters will cast their ballots for the November election, which has also generated some questions.

A social media post caught the attention of the KTVB 208 team. The author of the post explained how they got their ballot via email while out of the country. Someone responded to the post, warning it could be a scam.

Houck said that, under a very specific circumstance, an Idaho voter could have their ballot emailed.

“Receiving a ballot by email is an exclusive option only for those under the UOCAVA, or the uniformed overseas citizens absentee voting act," Houck explained. "UOCAVA voters, military or overseas citizens, have the opportunity to have their ballot delivered by email. They still have to print out a secrecy sleeve and they print out all the pieces of the package that come by email and they return it in a traditional manner."

UOCAVA voters mostly receive a ballot through the mail, but in certain areas of the world getting that ballot is tough, and email is easier.

RELATED: What will in-person voting in Idaho look like this November?

Another social media post drawing attention is a claim that people were coming into Ada County from Seattle to staff the polls on election day.

McGrane says that is not true.

“Absolutely not, all poll workers here are local people,” he said, adding that some people from Seattle did volunteer to come help. “We are not actually using any of those people. We have way more than enough poll workers here in Ada County locally who’ve been willing to step up and serve that day."